Yes, we know that suicide terrorists regularly announce that they are killing in the name of Allah and they quote the Koran to justify what they are doing. And, of course we should, must, listen to what they say and take it seriously.

Far from denying any of that, I think it is all necessary information that needs to be registered and understood if we want to understand why some people proclaim that they “love death as we love life”.

One Vridar reader recently invited me to read an article that presented a point of view contradicting the one in my two recent posts on Jihad and Death. The article is Islamic Terrorism is Motivated by Religion, Not Retribution.

Let me explain as simply and clearly as possible why I believe the article is misguided.

The article’s fundamental argument is that

The first point of the argument (to demonstrate that it makes no sense to blame Western powers foreign policies as the motivating grievance of the extremists) can be accepted. Terrorist movements have changed over the decades. (Western powers have certainly exacerbated and even created conditions that have fanned radicalization, but it is evident that many of the terrorist attacks are not directly related to seeking retribution for Western policies.)

It is the second point that is ill-informed. Islam has been around for a long time but the Islamist terrorism that we are witnessing day is a very recent development. It is a very “new thing” claiming to be inspired by something very old. It is like a modern day Jonestown type cult claiming to have rediscovered long-lost “truths” in the Bible of which the mainstream churches have for centuries forgotten or even heretically left behind. Look into the cult’s origins and you won’t find the Bible despite the insistence of cult members that the Bible is their sole authority. No, they have learned to interpret and apply Bible verses the way a cult leader has taught them in other writings and sermons. The question to ask is, What factors cause a person to join such a cult in the first place? 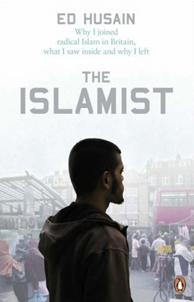 Ed Husain wrote of his own experience with extremism in The Islamist: why I joined radical Islam in Britain, what I saw inside and why I left, and recalls the horror with which the Islamist ideology was met by most “ordinary Muslims” when they first heard of it. His recollections as a child spending time with his devout grandfather:

As they compared notes on abstract subjects in impenetrable languages, I buried myself in Inspector Morse or a Judy Blume. I heard names such as ‘Mawdudi’ being severely criticized, an organization named Jamat-e-Islami being refuted and invalidated on theological grounds. All of it was
beyond me. . . . (p. 10)

Then later when Ed was 16 years old:

. . . I recalled Grandpa and his students, many of them clerics trained in madrassas in India and Bangladesh, talking about the Jamat-e-Islam in disparaging terms. I had heard many of these conversations taking place between imams in various towns, and they complained about the increasing influence of jamat-e-Islami activists in their mosques. They had sought clarity from Grandpa about the nature of the Jamat-e-Islami, and Grandpa had spoken repeatedly about a man named Abul Ala Mawdudi.

Born in 1903, Mawdudi was a Pakistani journalist who translated the Koran according to his own whims, without reference to or within the paradigm of classical Muslim scholarship. He developed and promoted a new brand of Islam, highly politicized and deeply anti-Western. Mawdudi . . . was the first Muslim to reject Islam as a religion and rebrand it as an ‘ideology’. (pp. 22f, my bolding)

Likewise with Islamist violent extremism. Modern day “prophets” have written their own politico-religious ideologies that they claim to be based on the “long-forgotten truths” of the Koran and hadiths. The first was Qutb with Milestones. (The links are to Vridar posts on the topics. See the side box for the initial reception among religious Muslims on another early jihadist ideologue, Mawdudi.) Others have followed. One of the most influential is The Management of Savagery by “Naji”. My recent post mentioned Al-Awlaki, a major influence among English speaking recruits.

Those writings, not the Koran, are the Mein Kampfs of jihadism. Those writings lead persuaded readers to reject the preachings and Koranic studies of the imams and to quote-mine the Koran for proof-texts to justify their political and ideological agendas.

If we want to understand radicalism we need to go beyond what the extremists themselves say about their motives. Yes, we must listen to them, of course, and understand their world-view. But to take an extreme analogy, if someone says he believes God told him to kill someone, we don’t necessarily take his word as the whole story. We ask, Why did he believe God told him to do that? Is he mentally ill? Schizoid?

Some extreme Christian cults do horrible things, but it is hard to say that Christianity is to blame when most Christians deplore what they do. Instead, scholars study  psychological and sociological factors that are associated with persons joining extreme or bizarre cults. Same with Nazism. It would be ignorantly simplistic to blame Nietsche or even Socialism for the National-Socialist (Nazi) movement.

If we want to understand poverty we can blame the laziness and self-indulgence of the victims or we can take a more comprehensive view that includes a study of the institutional factors that have created a class of down-and-outs.

Many communities are enlightened enough to know that policing alone is inadequate to confront the problem of youth crime. Most parents know that youth behaviour is complex. So positive youth programs, clubs, recreational venues, and so forth are also very important.

Any attempt to blame Islam for terrorism runs into a few facts that belie that charge: jihadism is a very recent phenomenon — that is, it has only very recently emerged to become associated with the Muslim world; it has attracted only a very few, many of whom are largely ignorant of the details of the Koran and Islam and who often do not practice a religious life; and most Muslims deplore terrorist violence and are even overwhelmingly the victims of it.

If the religion of Islam is responsible for modern jihadism then we have to somehow explain why Islamist suicide bombers and other murderous jihadis were not part of our landscape for most of the twentieth century and earlier. We need to explain why most Muslims condemn their violence and why, given the larger picture, terrorists target mostly Muslims.

We need to build up a big picture. That will include listening to what the jihadis say about their motives but it will not naively assume that that is the entire story. After all, most followers of the Koran deplore terrorism so saying Islam causes terrorism makes no sense. It does not explain why a handful of people, contrary to the overwhelming majority of believers, say they are so motivated.

This post is only addressing the reason I am convinced that we cannot accuse the religion of Islam itself of being responsible for terrorist violence. I am not addressing here the studies that do explore, through data-based research, a more comprehensive understanding of what lies at the root of this modern horror.

Some of the past posts that do address those studies:

The most recent ones, of course, on Olivier Roy’s Jihad and Death: The Global Appeal of Islamic State

A series on Riaz Hassan’s Inside Muslim Minds

A series on Clark McCauley and Sophia Moskalenko’s Friction: How Radicalization Happens to Them and to Us

Series on Jason Burke’s of The New Threat: The Past, Present, and Future of Islamic Militancy

On an article by Scott Atran and a series on his book, Talking with the Enemy

A key quotation in Raffaello Pantucci’s “We Love Death as You Love Life”: Britain’s Suburban Terrorists

On Nate Rosenblatt’s All Jihad Is Local

And several on ISIS, including….

A post on by Mohammed Hafez’s Manufacturing Human Bombs: The Making of Palestinian Suicide Bombers

On Robert Pape’s Dying to Win

Then there are a number of posts on Islam more generally:

On Lily Zubaidah Rahim’s Muslim Secular Democracy: Voices from within

John Esposito’s Who Speaks for Islam?

26 thoughts on “Why Blaming Islam for Terrorism is Misguided”