Here is an annotated list of Vridar posts addressing the famous passage in Josephus’s Jewish Antiquities, commonly known as the Testimonium Flavianum (TF).

The Jesus reference in Josephus: its ad hoc doctoring and various manuscript lines

From various sources I have set out chronologically the earliest evidence we have for knowledge of the TF and what different writers said about it. Beginning with the publication of Josephus’s work in Rome the post outlines what we know or don’t know of the TF from . . .

This post begins to discuss the detailed evidence that the TF was composed by Eusebius. I draw heavily on Ken Olson and Earl Doherty’s discussion of Olson’s arguments but I also like to think I add a few extra layers of insight. I further point to Mike Duncan’s case for another contender, Pamphilus.

After reading James Crossley’s Jesus in an Age of Terror I began to wonder if their is a link between the emergence of the consensus view that the TF was partially authentic to Josephus and the simultaneous development of the broader societal trend to compensate for historic wrongs against the Jews, and to fully side with them post “miraculous” 1967. (I stress, though, that this question is entirely my own and not raised by Crossley. Other links between social and political developments on the one hand and perspectives in biblical studies led me to ask the question of the TF.)

Continuation from The Testimonium Flavianum: more clues from Eusebius (above: 2009-03-08)

Jesus in Josephus – “not extinct at this day”

Jesus in Josephus, a cuckoo in the nest. 1 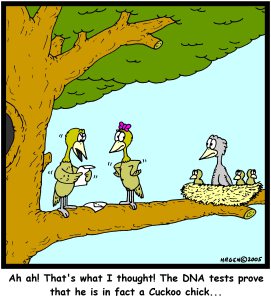 This post and the next two look at how Josephus uses digressions and “footnotes” and whether the Testimonium Flavianum conforms to type. Also another look at the likelihood of Josephus having said anything mildly positive or neutral about Jesus.

This first of three posts:

Cuckoo in the nest (2) — Jesus in Josephus

The second of three posts examining how Josephus uses digressions and “footnotes” and whether the Testimonium Flavianum conforms to type.

Cuckoo in the nest, 3 — why ALL proposed TFs are unJosephan

Continuation of the preceding two posts.

Here a special focus is on the likelihood of Josephus ever having said anything mildly positive about or even neutral in relation to Christians.

Concludes by a closer look at the TF in context.

A coda to the previous three posts. I follow them up with a “more likely passage” that would be far more consistent with what we know of Josephus.

The reconstruction is, of course, meant to highlight just how strained are current arguments for a core Josephan TF.

R.I.P. F.F.Bruce on the Testimonium Flavianum

New Testament scholars had strongly recommended to me that I read F.F. Bruce’s Jesus and Christian Origins Outside the New Testament if I was serious about wanting to come to grips with the Testimonium Flavianum, the passage about Jesus in Josephus. I was assured that this was essential reading, a sound and sobering antidote to “radical nonsense” touted by “nonacademic upstarts”, with Earl Doherty being the principal one in mind.

What they used to say about Josephus as evidence for Jesus

Quotations from an earlier generation of New Testament scholars dismissing the idea that the TF had any historical value whatsoever because it was considered a total forgery.

This post offers reasons to challenge the “the usual scholarly view” most recently asserted by Maurice Casey in his new book, Jesus of Nazareth, that Josephus wrote a short passage about Jesus. I attempt to show that there is evidence that Josephus wrote nothing about Jesus and that the TF is a complete forgery.

I add an addendum on that “brother of Jesus called Christ, James by name” passage

My god! Civility in a debate against mythicists! But that was way back in the middle of World War II. I guess they had their killer-instinct priorities right then.

Socrates, Jesus and the broken reed of Josephus

An overview disucssion of historical methods and the difficulties of using the TF in support of the historicity of Jesus.

As per the title this post is by Earl Doherty responding to Bart Erhman’s appeal (Did Jesus Exist?) to the TF in support of the historical existence of Jesus. 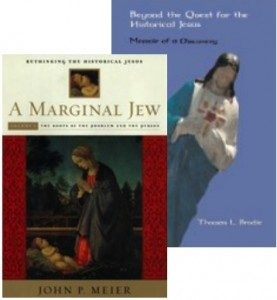 Part of a series on Thomas Brodie’s Beyond the Quest for the Historical Jesus: Memoir of a Discovery.

This post outlines Brodie’s chapter 17 in which he analyses John Meier’s work, A Marginal Jew, as representative of the best that has been produced by notable scholars on the historical Jesus.

One would expect to find in Tim O’Neill’s review of DF’s book, Nailed!, … an honest acknowledgement of arguments in that book. Unfortunately anyone reading TO’s review would have no idea of DF’s overall argument on any point TO chooses to address. Since I began these posts taking the trouble to expose TO’s bluff, ignorance and pretentious nonsense, the good man himself has responded by saying my posts are “nitpicking” and symptoms of a man “obsessed with him”. I can only smile with contentment over a job done reasonably well if that’s the best his vanity can muster in his defence. 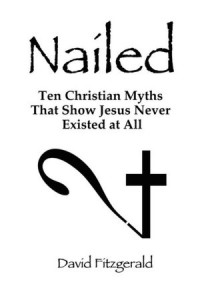 Now it’s time to address TO’s criticism of DF’s discussion of the evidence of Josephus for the historicity of Jesus. This will take a few posts to complete. Let’s begin the way any honest reviewer of a work should always begin — that is, set out the arguments of the author one is reviewing.

O’Neill-Fitzgerald “Christ Myth” Debate, #10: Josephus as Evidence & the Arabic Version of the Testimonium

Tim O’Neill (TO) rightly says of some of the evidence for the historical existence of Jesus:

After all, no-one except a fundamentalist apologist would pretend that the evidence about Jesus is not ambiguous and often difficult to interpret with any certainty, and that includes the evidence for his existence. (O’Neill, 2011)

Yet curiously not a single aspect of evidence addressed by either David Fitzgerald (DF) or himself in his reviews of DF’s work has hit on anything that he finds ambiguous or difficult to interpret. In every point of disagreement TO suggests DF is nothing but a liar or a fool. 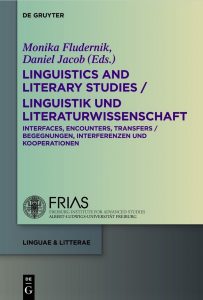 Here is the abstract of the chapter:

Abstract: Josephus in the Jewish Antiquities introduces Jesus the Messiah into his history of the Jews, and appears to report events corresponding closely to those of the Gospels, including Jesus’s crucifixion on the orders of Pontius Pilate. A longstanding dispute exists about the authenticity of this text. The present article offers a narratological analysis of the passage, comparing the styles of event reporting in the passage with the three other episodes in Josephus’s Pontius Pilate sequence. The study concludes that the uses of the Greek verb forms such as aorists and participles are distinct in the Jesus passage from those in the other Pilate episodes, and that these differences amount to a difference in genre. It is suggested that the Jesus passage is close in style and content to the creeds that were composed two to three centuries after Josephus. (my bolding in all quotations)

Shirley Jackson Case, known by many today as one who wrote at length against the Christ Myth theory in the early twentieth century, also discussed problems with the TF. This post presents his argument that even if some of the TF were Josephan (as a very few in his own day were suggesting) that still left the problem of context:

But none of these solutions quite disposes of one serious difficulty, namely the foreignness of the passages to its context. Its motive is neither to record a sample of Jewish “sedition,” nor is it a “calamity which put the Jews into disorder”—the topics treated in the context. It is rather a distinctly biased note aiming to glorify Christianity, a note such as a Christian might write on the margin or a scribe insert into the text. This is all the more probable since it is not so much to Jews—who looked upon Josephus with suspicion after his part in the war with Rome—as to Christians that we are indebted for the preservation of Josephus’ works. (Case, 1912, p. 253, emphasis mine)

A Narrative Anomaly in Josephus

Revisiting Paul Hopper’s chapter (see Fresh Evidence above; 2015-01-16), with highlighting of one small part of his argument, i.e. the way time is handled, emplotment and genre.