This post is the third in my notes from Inside Muslim Minds by Riaz Hassan.

The second response among Muslims to their experience of colonialism and its aftermath is salafism.

Whereas apologetics was a direct response to colonial rule, salafism emerged out of apologetics but in the post-colonial era. When independent nations experienced the failure of their ruling elites to bring about the reforms and better life — “jobs, economic development, welfare for citizens and equality of citizenship” — that they had promised.

Building on apologetic thought the salafists concluded that this failure was the consequence of using secular laws instead of the laws of God.

Some of the founding ideologues of the salafist movement were Mohammad Abduh, al-Afghani, Muhammad Rashid Rida and (one that we have discussed on Vridar before) Sayyid Abul A’la Maududi.

Like the apologists these early salafists believed that the Islamic religion was entirely compatible with modernism. Recall that the apologists argued that modern western ideals like democracy, constitutional governments, socialism etc were all to be found in early Islam. What was required of modern Muslims was to interpret their sacred texts in the context and according to the needs of adapting to the modern world. Moreover, there was no single interpretation that could demand a monopoly on “the correct interpretation”.

Salafism as it originally developed maintained that, on all issues, Muslims ought to return to the original textual sources of the Qur’an and the Sunnah of the Prophet and interpret them in the light of modern needs and demands without being slavishly bound by the interpretive precedents of earlier Muslim generations. In this respect, it was a distinctive intellectual project. Salafism advocated a kind of interpretive community in which anyone was qualified to return to the divine texts and interpret their messages. . . . [I]t was not hostile to competing Islamic juristic traditions, Sufism or mysticism. (p. 43)

Salafi ideology concerned itself with making Islam into a political force that might transform the ummah (the universal community of Muslims) and with providing a solid basis for Islamic identity in the Muslim struggle against neo-colonialism and the underdevelopment of Islamic lands. As a result, it essentially became a part of Muslim identity politics. (p. 44)

Maududi (from the region that is now Pakistan) went a step further by setting out detailed rules and practices that he believed all Muslims should follow to clearly mark them as identifiably different from other peoples. One such requirement was a new “economic system” that banned usury, although in reality there was nothing particularly valid about it as an “economic system” as such.

Seeking new ways to define one’s own identity is a natural response when any people’s identity takes a battering from losing clashes with foreign cultures.

In its original form salafism may have had some potential to work in a positive direction for Muslim communities, but it came under the influence of (and eventually became identified with) a third response to colonialism, wahhabism.

Wahhabism was the most vicious and intolerant of the three responses to colonialism and at first appeared to be the least likely ever to spread its influence beyond a single group of Arab tribes.

Ironically it was not Western colonialism that was the initial target but the rule of Ottoman Turkey over Arabia.

Wahhabi theology was founded by the eighteenth-century Arabian evangelist Abd al-Wahhab (d. 1792) as a response to the Ottoman rule of Arabia. With puritanical zeal, al-Wahhab sought to rid Islam of all ‘corruptions’ and ‘aberrations’, such as mysticism, intercession, intellectualism, sectarianism and rationalism, in order to restore its pristine purity. He proclaimed that Islamic purity was reclaimable with a literal implementation of Islamic texts and the commands and precedents of the Prophet and through a strict adherence to correct ritual practice. Wahhabism resisted the indeterminacy of the modern age by retreating to a strict literalism in which the sacred texts became the sole source of legitimacy. Any form of moral thought and ideas not completely dependent on these texts were treated as a form of idolatry. Wahhabism viewed rational inquiry with deep suspicion and hostility. It rejected any attempt to interpret Islamic law that would accommodate modern conditions and exigencies and treated classical jurisprudential tradition as a corruption of the true and authentic Islam. Religiously puritanical, it rejected all interpretations of the sacred texts except those of wahhabism. (pp. 41-42)

Followers were confined to the tribes of Najd who became notorious for several brutal rebellions in the nineteenth century. Other Muslims despised wahhabism as a fanatical sect and it seemed destined to remain confined to the Najd tribes until those warriors became a useful ally to assist a certain Abd al Aziz ibn Saud to become the ruler of Arabia and establish the Saudi dynasty. Even then there was little prospect of wahhabism ever attracting any following outside Saudi Arabia until 1972 when the price of oil skyrocketed. We have covered the way Arabia used its financial windfall to spread wahhabist ideology throughout much of the Muslim world when looking at Jason Burke’s study of the rise of Islamic militancy. Riaz Hassan sums it up in Inside Muslim Minds:

With this rise, the Saudi Arabian state gained the financial resources to spread wahhabism throughout the Muslim world—partly as a counter-ideology in response to the challenges created by the socialism and nationalism practised in neighbouring Arab states. (p. 42)

But wahhabism cold was a difficult sell. It began by riding on the back of salafism. Salafism was open to alternative interpretations of Islam and their texts, and appeared to support very similar goals of a restored and respected Islamic identity, so wahhabism was given free cover for its propaganda.

Putting all of this together

Apologists in response to western colonialism asserted the superiority of a mythical original Islam (one that had preceded western notions of democracy, universal rights, etc) and closed their minds to modernity;

Salafists grew out of apologists as a response to the failure of post-colonial societies to deliver on the promises of democracy, equal rights and social welfare, and sought to establish idealistic Islamic states that came to terms with these values;

Wahhabism originated as an Arabian tribal response to Turkish rule and was the most intolerant of any of the responses. It rode the back of a political revolution in Arabia and then the financial resources from increased oil prices to spread its influence throughout much of the Muslim world, at first under the more benign guise of salafism.

Salafabism is a term coined by Abou El Fadl to describe the ideology prevailing today that is a blend of salafism and wahhabism.

I’ll cover that description in another post and then examine the empirical data highlighting how different Muslim countries have had different responses to this ideology. 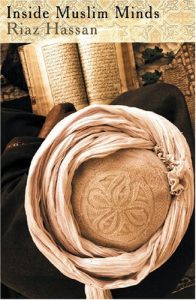 3 thoughts on “Muslim Nations and the Rise of Modern Barbarism”