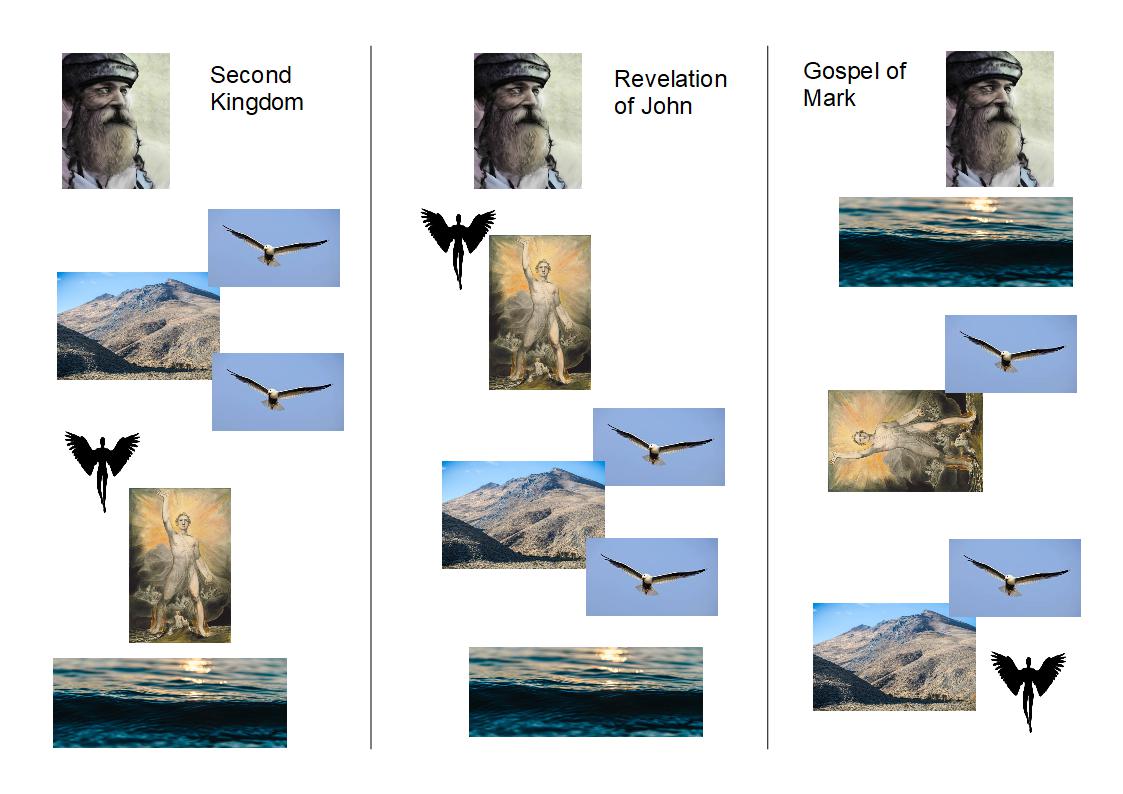 Like Loading...
It is commonly recognized that the Gospels depict Jesus’ crucifixion as an ironic royal enthronement.

We know the evidence for this statement: the triumphal entry of Jesus into Jerusalem; the riddle of Psalm 110 over the messiah being David’s Lord; the parable of the pounds; the dressing up of Jesus in royal garb; the ironical mocking of Jesus as a messiah and king when he is on the cross; and the Gospel of Mark’s ironical Roman triumph  and mock acclamation of Jesus as emperor. Some have questioned whether pre-Christian Jews ever contemplated the idea of a messiah who suffers. I have posted some of the reasons we have to think that some Jews did speculate on the possibility of a suffering messiah and this post will be one more addition to that archive.

I recently posted an excerpt from Martin Goodman’s discussion of Second Temple Jewish beliefs about a coming messiah:

Interestingly another scholar, Joshua Jipp, has pointed out that that messianic Psalm of Solomon is based on our canonical Psalm 2 which speaks of a suffering messiah.

One may ask if there are any specific examples of pre-Christian messianic appropriation of the psalms. Psalms of Solomon 17 and 18 use Psalm 2 in their description of a coming Davidic Messiah. Moreover, one could describe Ps. Sol. 17:21-32 as a midrash on Psalm 2. For example, the coming Davidic figure is depicted as bringing forth punishment ἐν ῥάβδῳσ ιδηρᾷ (“by an iron rod”; Ps. Sol. 17:24), an exact replication of Ps 2:9.

The vocabulary of Ps 2:9 of σκεῦος κεραμέως συντρίψεις αὐτούς (“you will crush them into pieces as a potter’s vessel”) is echoed in Ps. Sol. 17:23b-24a with ὡς σκεύη κεραμέως . . . συντρῖψαι.

The use of Psalm 2 by Psalms of Solomon, therefore, provides further evidence of the eschatological and messianic nature of Psalm 2.

Perhaps most important, however, is the psalms’ frequent depiction of a Davidic figure, under intense duress and persecuted by his enemies. While suffering and hostility at the hands of one’s enemies are potentially common to all humanity, it is King David who is portrayed as the righteous, royal sufferer par excellence (Pss 7:4; 69:4; 109:3). His enemies surround him to mock and afflict him (e.g., Psalms 22; 69; 89). David’s plight frequently brings him to the point of despair, wondering if God has abandoned and forsaken him, giving him over to death and Hades (Pss 22:14-18; 38:5-8; 69:16-20). Yet despite his sufferings and persecution, David maintains his fidelity and hope in God. In the Davidic psalms one finds the paradoxical combination of kingship and righteous suffering. The point is not so much that David is the paradigmatic example of a “righteous sufferer” so much as he is the “righteous suffering king.”21 This anomaly, namely, that David, God’s anointed one, undergoes persecution and suffering, has great importance for Luke’s conception of Jesus, the suffering Anointed One.

21 In other words, though the psalms’ characterization of David as a “righteous” sufferer is extremely significant, it is his royalty and kingship that are crucial for Luke’s appropriation of the Davidic psalms.

END_OF_DOCUMENT_TOKEN_TO_BE_REPLACED

From The bad news on human nature, in 10 findings from psychology by Christian Jarrett

We favour ineffective leaders with psychopathic traits. The American personality psychologist Dan McAdams recently concluded that the US President Donald Trump’s overt aggression and insults have a ‘primal appeal’, and that his ‘incendiary Tweets’ are like the ‘charging displays’ of an alpha male chimp, ‘designed to intimidate’. If McAdams’s assessment is true, it would fit into a wider pattern – the finding that psychopathic traits are more common than average among leaders. Take the survey of financial leaders in New York that found they scored highly on psychopathic traits but lower than average in emotional intelligence. A meta-analysis published this summer concluded that there is indeed a modest but significant link between higher trait psychopathy and gaining leadership positions, which is important since psychopathy also correlates with poorer leadership.

Another one of the ten says we are moral hypocrites. I know that’s true. I’m one myself. I like to think I’m a vegetarian for ethical reasons but I continue to eat fish.

This one is so depressing. I have spent most of my adult life believing in the power of education, only to learn it probably only has an effect on those who want to be better anyway.

We are blinkered and dogmatic. If people were rational and open-minded, then the straightforward way to correct someone’s false beliefs would be to present them with some relevant facts. However a classic study from 1979 showed the futility of this approach – participants who believed strongly for or against the death penalty completely ignored facts that undermined their position, actually doubling-down on their initial view. This seems co occur in part because we see opposing facts as undermining our sense of identity. It doesn’t help that many of us are overconfident about how much we understand things and that, when we believe our opinions are superior to others, this deters us from seeking out further relevant knowledge.

And do be careful not to tread on any ants from now on because they have feelings too, you know …. Bee-brained (Are insects ‘philosophical zombies’ with no inner life? Close attention to their behaviours and moods suggests otherwise).

And if you thought things really are getting worse it’s not simply concept creep either. The world really is going the way of the tediously saintly young. So says Matt Ridley whose books I once found happily enlightening.

That’s enough wallowing in misery for one weekend.