When I recently posted Further Evidence of a Pre-Christian Concept of a Suffering Davidic Messiah I was patiently waiting for a certain book to be collected from an off-site library stack. I had two reasons for wanting to read that particular work. The first was from a Mormon scholar, hence slightly dubious, but nonetheless I was curious . . .

Robinson, Stephen E. 1977. “The Apocalypse of Adam.” Brigham Young University Studies 17 (2): 131–53.
Pre-Christian Judaism had a doctrine of a suffering Messiah as Jeremias has shown 21

And again, this time from an article that seemed somewhat of a turning point in discussions of the Apocalypse of Adam:

MacRae, George W. 1965. “The Coptic Gnostic Apocalypse of Adam.” The Heythrop Journal 6 (1): 27–35.
Böhlig has suggested that in the redeemer-myth that appears here we have a confrontation of Iranian notions of a redeemer and the Jewish idea of the suffering Servant-Messiah which J. Jeremias has shown to have been accepted in pre-Christian Judaism.2

That settled it. I had to locate Zimmerli and Jeremias’s The Servant of God.

Now that I have it, it is clear that there is too much content for a single post so I’ll write it up here one, maybe two, arguments at a time.

The first piece of evidence given for a pre-Christian Jewish concept of a suffering messiah is found in Ecclesiasticus (also known as Sirach).

(α) In Ecclus 48.10 one of the three tasks of the returning Elijah (cf. TWNT, II, 93 3,12 ff.) is described as להכין שבטי ישראל; the expression comes from Isa. 49.6 where the ‘ebed receives the mission of להקים ואת־שבטי ןעקב. The restoration of the twelve tribes is a messianic task and its assignment to Elijah must have marked the latter as the coming saviour. But since only a broad allusion to Isa. 49.6 is in question, conclusions about a messianic interpretation of Isa. 49.6 from Ecclus 48.10 alone are not quite secure (but cf. n. 305). In any case it is significant that Ecclus. explained the servant in Isa. 49.6 in an individual sense.

And he said, It is a light thing that thou shouldest be my servant to raise up the tribes of Jacob, and to restore the preserved of Israel: I will also give thee for a light to the Gentiles, that thou mayest be my salvation unto the end of the earth.

For anyone like me who is not familiar with Ecclesiasticus 48:10 here it is in context

1 Then stood up Elijah the prophet as fire, and his word burned like a lamp.
2 He brought a sore famine upon them, and by his zeal he diminished their number.
3 By the word of the Lord he shut up the heaven, and also three times brought down fire.
4 O Elijah, how wast thou honored in thy wondrous deeds! and who may glory like unto thee!
5 Who didst raise up a dead man from death, and his soul from the place of the dead, by the word of the most High:
6 who broughtest kings to destruction, and honorable men from their bed:
7 who heardest the rebuke of the Lord in Sinai, and in Horeb the judgment of vengeance:
8 who anointedst kings to take revenge, and prophets to succeed after him:
9 who wast taken up in a whirlwind of fire, and in a chariot of fiery horses:
10 who wast ordained for reproofs in their times, to pacify the wrath of the Lord’s judgment, before it brake forth into fury, and to turn the heart of the father unto the son,and to restore the tribes of Jacob.

But note the next point:

(β) In the Testament of Benjamin (second or first century B.C.) the patriarch at the beginning puts forward his brother Joseph as a model because he made intercession for his brothers with his father Jacob. In this connexion it is said in Test. B. 3.8 (Armenian):

‘In thee (Joseph) will the heavenly prophecy be fulfilled which says that the innocent one will be defiled for the sake of the guilty and the sinless one will die for the impious.‘

The heavenly prophecy must mean Isa. 53. The possibility that Test.B. 3.8 (Armenian) is a Christian interpolation does not come into the question, for nowhere is there ascribed to Jesus descent from the tribe Joseph-Ephraim, but always Davidic descent (cf. υίος Δαυίδ) from the tribe of Judah (Heb. 7.14). Since further the idea of a vicarious atoning death of the patriarch Joseph himself is nowhere else attested, the phrase

‘in thee will the heavenly prophecy be fulfilled’,

probably refers not to Joseph himself but to his posterity (cf. for this type of phrase I Sam. 3.12-14), i.e., the Messiah from the house of Joseph.

In Test. B. 3.8 we have probably the oldest testimony to the expectation of a Messiah from the tribe of Joseph. This passage should therefore be regarded as the oldest witness to the messianic exegesis of Isa. 53 (next to LXX, cf. p. 41).

We know that many Christians have always interpreted the Suffering Servant passages in Isaiah as prophecies of the suffering messiah Jesus. Jeremias’s chapter offers several lines of evidence that before Christianity some Jews likewise interpreted those Isaiah passages messianically. The first two of those arguments are

(Two down, eight to go. Then I will need to locate and dig out scholarship that has since, presumably, shown Jeremias’s case to be flawed.) 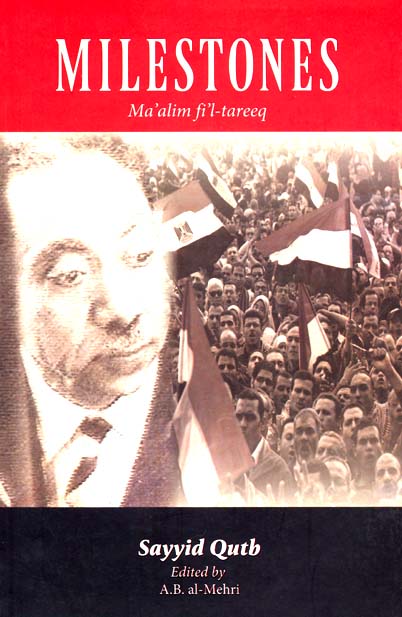 With all the controversy that keeps popping up over Baby, It’s Cold Outside. . . .

Defending Men Who Want to Woo

Dean Martin’s Daughter Deana Speaks Out After the ‘Baby, It’s Cold Outside’ Controversy

Radio stations are banning ‘Baby, It’s Cold Outside’ for its questionable language, but a historian says it was once a feminist anthem

and no doubt many more….

so much ado as new semantics clash with perceptions of old values, but curiously not a word, at least none I have noticed, about the role the song played in the rise of anti-Western terrorism.

Seriously …. it was a turning point in the life of the man who was to become the ideologue of Islamist terrorism, like a certain decorated corporal learning of the Treaty of Versailles . . . .

The Founder of Islamist Extremism and Terrorism

I was saddened to learn of the death of William Blum, December 9, 2018. I have always treasured his Killing Hope and Rogue State, both still on my bookshelves. I first learned of William Blum back in 2003 when I participated in anti-war marches and attended a lecture of his sponsored by the World Social Forum in Brisbane. I love the following video clip because it is clearly in the main the same speech he gave to us in Brisbane back in 2003:

I love is final line, Never believe anything until it is officially denied!

Everything he says is so clear, so logical, so spot on, as true today as it ever was.