I have in the past argued that our canonical gospels are not really about the life and person of Jesus but rather they are a dramatization of core theological beliefs of the early Church. Jesus is a personification, a mouthpiece and a role constructed to play out this dramatization. One could say I have sided with Adela Yarbro Collins when she expresses doubts about the gospels really being biographies of Jesus when she writes:

With regard to the gospel of Mark at least, one may question whether the main purpose of the work is to depict the essence or character of Jesus Christ. (Collins 1990, p. 41)

The fundamental purpose of Mark does not then seem to be to depict the essence or character of Jesus Christ, to present Jesus as a model, to indicate who possesses the true tradition at the time the gospel was written, or to synthesize the various literary forms taken by the tradition about Jesus and their theologies. (Collins 1990, p. 44)

That was yesterday. Today I am being pressured to re-think that viewpoint. The reason is chapter 2, “Civic and subversive biography in antiquity” by David Konstan and Robyn Walsh in Writing Biography in Greece and Rome: Narrative Technique and Fictionalization, edited by Koen De Temmerman and Kristoffel Demoen. [In the interests of disclosure I must confess that this book cost me an arm and half a leg so one may suspect that I am motivated by a need to justify my extravagance by an over-willingness to be persuaded by its contents.]

Konstan and Walsh begin by proposing that there are two types of ancient biographies. (I’ll call them biographies even though that term carries more rigorous understandings of how one should write seriously about a life of a person than were applicable to their Greco-Roman counterparts. These ancient “lives” or “biographies” are usually called “bioi” (Greek) or “vitae” (Latin) to remind us of their often quite different attributes.)

These are the universally acknowledged great and good, the pillars of society, whose lives shine as exemplars for us all to emulate. They

highlight the virtues of their subjects, often great statesmen or military heroes who exemplify justice and courage, or else brilliant thinkers and writers, the philosophers and poets whose lives might serve as models . . . (Konstan and Walsh 2016, p.28)

END_OF_DOCUMENT_TOKEN_TO_BE_REPLACED 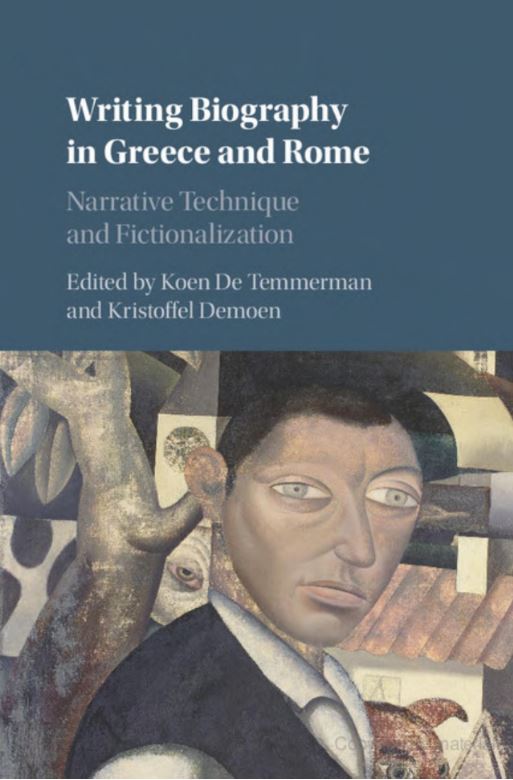 Let’s be sure we apply the same critical standard to the Gospels as we do to other ancient literature of the day. And let’s be sure we have a fair grasp of the wider Greco-Roman literature of the first and second centuries so we can improve our chances of making informed interpretations of the Gospels. And let’s do away with these apologetic arguments that the colorful and minute details in gospel narratives are sure signs of eyewitness testimony and therefore of historical reliability!

Professor Rhiannon Ash is the author of one of the many gems in the newly published Writing Biography in Greece and Rome: Narrative Technique and Fictionalization, edited by Koen De Temmerman and Kristoffel Demoen. Her chapter, “Never say die! Assassinating emperors in Suetonius’ Lives of the Caesars“, examines the range of techniques the Roman biographer Suetonius employed to add verisimilitude to create “the illusion of historical accuracy.”

Suetonius in the early second century wrote biographies of a dozen Roman emperors. Sometimes he would narrate details that apparently occurred behind closed doors (and that would consequently be unknown to anybody else), sometimes he wrote about a person’s private dreams foretelling the future, often he included supernatural prodigies and sensational personal details worthy of any tabloid press today. But at the same time he did want to be taken seriously and impress readers with the diligence of his research. Thus. . . .

he generally takes some trouble to deploy devices which invest each account with verisimilitude and contribute significantly to our sense of his own auctoritas as a researcher. (p. 205)

Accordingly Suetonius rarely passed up “a chance to enhance the credibility of his account” by means of: