Let us call a spade a spade: Carrier may be an expert on the natural philosophers of the Early Roman Empire, but he is certainly not an expert on Paul. — H.D.

How do classicists determine if a figure appearing in ancient records actually existed? Do they use the same methods as biblical scholars who tell us certain persons in the Bible are historical and others not?

In this post and another I will look at questions classicists ask about two ancient philosophers, Demonax and Apollonius of Tyana, and the methods they use to answer those questions, at the same time comparing those questions and solutions with those applied by biblical scholars to Jesus and the Gospels. I suggest the very different ways of answering the similar questions highlight the fundamentally ideological character (i.e. religious bias*) of historical Jesus studies. 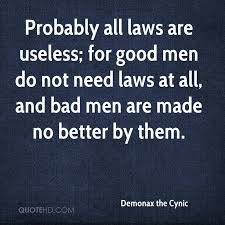 Was there a historical Demonax?

How can there be any doubt? After all, we have a first hand account of the witty philosopher Demonax (said to have lived 70 CE to 170 CE) by his student, Lucian (125 to 180 CE). Lucian begins his biography of Demonax thus:

It was in the book of Fate that even this age of ours should not be destitute entirely of noteworthy and memorable men, but produce a body of extraordinary power, and a mind of surpassing wisdom. My allusions are to . . . the philosopher Demonax. I saw and marvelled at [him], and with [him] I long consorted. . . .

I am to write of Demonax, with two sufficient ends in view: first, to keep his memory green among good men, as far as in me lies; and secondly, to provide the most earnest of our rising generation, who aspire to philosophy, with a contemporary pattern, that they may not be forced back upon the ancients for worthy models, but imitate this best–if I am any judge–of all philosophers. (my bolding in all quotations)

If an author says he knew Demonax personally and over an extended time how is it possible for anyone to reasonably doubt his historical existence! Further support for the argument for historicity is that Lucian tells readers Demonax met an array other notable historical persons.

Yet there are indeed doubts among classical scholars about the existence of Demonax. Are classicists, then, a hyper-sceptical lot compared with historical Jesus scholars?

The historicity of Lucian’s account has often been questioned, although most scholars today would agree with K. Funk’s arguments for historicity in his study of the Vita published in 1907. Yet, there still exists some understandable scepticism in this regard. Diskin Clay, for example, makes the following non-committal statement in a fairly recent article:
My purpose in this treatment of Lucian’s Demonax is not to mount an argument against the historicity of the great Athenian philosopher. In the course of this discussion it will become apparent that I would not add the name of Demonax to the history of philosophy in the second century AD, nor would I remove it from the histories already written. (Searby, D.M. 2008. “Non Lucian Sources for Demonax”, Symbolae Osloenses 83, p. 120)

Do classicists set such a high bar for historicity that if applied across the board then most ancient persons we know of would have to be erased from the history books? Surely that would seem unlikely.

Why would Lucian make up person supposedly known to his own generation? Would not such an attempt meet with protest from his peers who knew better?

Those are the sorts of questions biblical scholars sometimes raise when asked about the historical existence of Jesus. So how could classicists have any doubt about Demonax when confronted by an account of his life by his very own student? END_OF_DOCUMENT_TOKEN_TO_BE_REPLACED