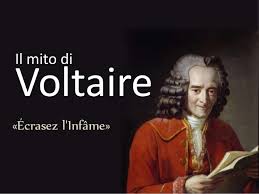 When Richard Dawkins, Christopher Hitchens and those absurdly provocative big bus advertisements for atheism burst on the scene I loved it. Wow! A loud voice shouting back at what had been a steady rise of conservative and fundamentalist religion’s popularity and even political influence — what a refreshing turnaround. So refreshing that at first I tried to overlook a few lines by both authors that betrayed a certain ignorance of the religious mind, but that could not last. It was Sam Harris’s End of Faith that disturbed me enough to want to do my bit to publicly share evidence-based understandings of the causes of Islamic and other terrorism. It hurt to see public intellectuals promoting both atheism and ignorance about religion and human behaviour in the one breath.

New Atheism enters the 21st Century straight from the 18th

This blanket attack on religion and the irrational in human behaviour was all very fine and wonderful and in may ways “a very good thing” back in the days of the Enlightenment. Écrasez l’infâme, crush the infamous, especially the clergy, Voltaire demanded in every letter. But the Enlightenment also ushered in a new wave of learning that has deepened our understanding of how humans work and even what religion actually is. It’s crazy to carry on the war cry of Voltaire and the other philosophes as if we have learned nothing about what makes people religious in the first place.

Of course we ought to do whatever we can to écrasez l’infâme wherever we can, but if our intention is to rescue our fellow creatures from bondage then it must follow that we do so with understanding, even some brotherly or sisterly compassion. If we don’t seriously make an effort to inform ourselves of what scientific research has been learning about religion, religious ideas, and human proclivities in these directions, then we risk sounding like ignorant bigots. Or maybe it’s healthy to temper our activism with good old common sympathy for our fellow creatures. I happen to be one of those who, on becoming an atheist and then looking around for a new sense of place in the world, concluded that we, all of humanity, are made of the same stuff, living on the same rock, all with the same fate, the same desires and needs, and that the best thing we can do in our short time here is to help make life a bit more comfortable for any and every one else we pass by. Many others had found this place long before I did and I know many others continue to do so.

Zeal for righteousness belongs to the cults. In modern parlance that phrase can be translated as devoted to principles. In one sense a principled life is (another) good thing, but principles also kill. Ideologies are grounded in virtuous principles. To live with a sense of common humanity, with compassion, is far better than a life focused on abstract principles.

The more I listened to Hitchens and Dawkins the more I felt that they were losing their compassion and understanding. It is too easy to sound like an brain dead bigot if we are too busy attacking religion to have time to learn something serious about it and why people embrace it.

Then there’s that break away from the New Atheists, the morality police. Merely attacking religion in the manner of the eighteenth century deists and atheists is not enough for these people. They need to attack morals, too. which in practice means attacking persons they deem to be falling short of the higher secular values atheists are supposed to be gifting to the world. I had not fully realized the nature or origin of this particular group of atheists until I read James Lindsay’s blog article, Atheism+: The Name for What’s Happening to Richard Carrier.  END_OF_DOCUMENT_TOKEN_TO_BE_REPLACED

Hope you commenters have been behaving yourselves this past week while I’ve been awol. Looks like Tim’s not been around either. I have a lot to catch up on, but hopefully back into posting anon.