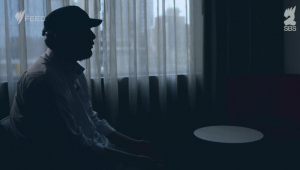 Studying Islam DE-radicalized him!? His deepening knowledge and understanding of Islam from the scholars turned him away from support for ISIS.

I don’t know if readers outside Australia will be able to access the video on this page but at least there is a partial transcript: Australian radical explains why he once supported IS – and why he stopped.

The TV doco is a look at a de-radicalization program in Australia (with comparisons with the Netherlands, iirc). The experts interviewed say the same things as the experts who have written the books I have posted about several times now:

There are questions left hanging, however. Though certain individuals are deradicalized through a deepening study of Islam they appear to maintain a strong Islamist belief system. Only an Islamism that is opposed to violence. That’s good, at least the part about being opposed to violence is good.

But if they still fail to truly appreciate and subscribe to Enlightenment values, democracy as it is understood in the Western tradition, pluralism and the value of secularism to lubricate a happily functioning society — then are we feeding another social problem that will need to be confronted in the future?