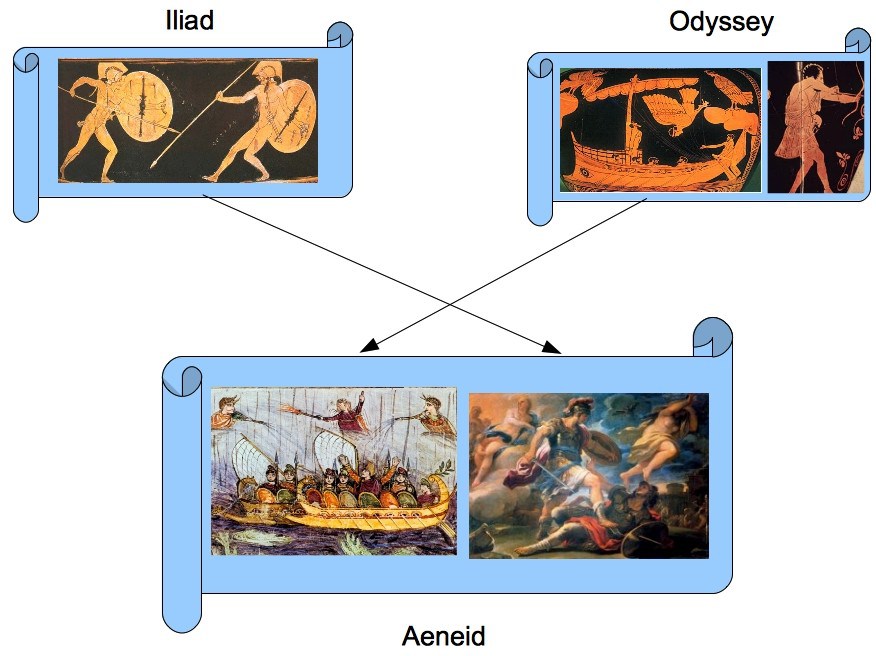 But there’s more. Much more. Knauf also writes (my formatting and emphasis):

In these [books] Aeneas is represented throughout as a hero surpassing his Greek counterpart, Odysseus, who had passed through the same or similar situations shortly before him (in epic time).

Here for the first time one begins to sense Vergil’s purpose in following Homer.

Let’s return Knauf’s observations on the imitation and rearrangement of the structure:

It seems clear that Aeneas, who excelled Odysseus in the first part of the Aeneid, now surpasses the Greeks who had been victorious in Troy. [. . .] The way in which he completes the divine mission to found a new Troy, that is Rome, elevates him morally far above the Greek heroes. 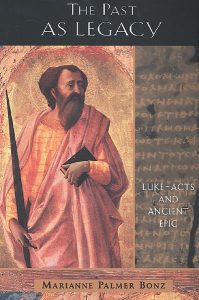 And this brings back to mind Marianne Palmer Bonz’s far too under-rated study, The Past As Legacy: Luke-Acts and Ancient Epic. Her thesis that the story of Acts, in particular Paul’s voyage to Rome to found what was to become, in effect, a “new Jerusalem”, was an emulation of the founding of worldly Rome by Aeneas. I have groped in earlier posts (some years ago) to address more detailed evidence for this thesis. But I think the final word is still to be written on this. (I would dearly love to discuss this book with its author, Bonz, especially with a view to covering details I suspect could strengthen her case, but have not had any success in finding an email contact.)

So after all these digressions (humour me, it’s Friday night here and my glass of wine companion is telling me to stay put and finish this thing), let’s return to the broad structural comparisons between the Histories of Herodotus and the Primary History (Genesis to 2 Kings) of the Bible. Here is what we find. Another graphic will say it all, and here we return to Jan-Wim Wesselius and The Origin of the History of Israel: 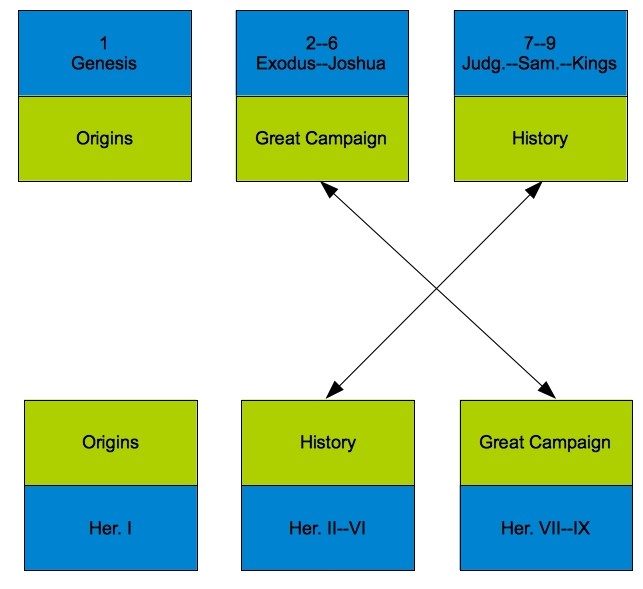 Origins represents mythical history — Adam and Eve, Paris and the golden apple trick to win the beautiful woman; the Great Campaign represents the Exodus to the conquest of Canaan on the one hand, and the departing Asia via the Hellespont to conquer Greece on the other.

There is much more to this broad structure when we bring in the microscope and find the narratives of the biblical patriarchs, Terah-Abraham-Isaac-Jacob-Joseph . . . . Moses, uncannily matching aspects of Phraortes (like Terah he died before completing his mission), Cyaxares (like Abraham fulfilled his mission, Astyages, Mandane, and Cyrus (who, like Joseph, attained to mastery over the foreign land) . . . . and finally to Xerxes who, like Moses, through a most marvellous feat crossed a sea with a great army to conquer a new land.

Then there are the geographical resonances: the first patriarch’s live out their history between Canaan and Egypt as those in Herodotus’ Histories do between Media and Lydia; Joseph leaves Canaan to rule Egypt as Cyrus leaves Media to rule Lydia; Moses leaves Egypt to conquer Canaan as Xerxes leaves Lydia to conquer Greece. And that is just touching the ribbon around the wrapper.

There’s a lot more where all this comes from. Stay tuned. I hope to share it all before I die. (Unless them scholars decide to share their research with you all first — like they should!)

9 thoughts on “Old Testament based on Herodotus? Acts on the myth we read in Virgil?”