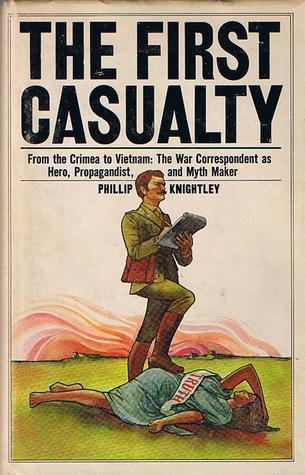 Just like Tacitus. And just like the war reporters I have been reading about in Knightley’s book. The newspapers are in business to make money. Their hired reporters know they need to provide stories that assist the money-making goals of their news media.

I venture to prophesy – and I know my prognostics are right – that your histories will be immortal, and that, I frankly confess, makes me the more anxious to figure in them. For if it is quite an ordinary thing for us to take care to secure the best painter to paint our portrait, ought we not also to be desirous of getting an author and historian of your calibre to describe our deeds ? That is why though it could hardly escape your careful eye, as it is to be found in the public records – I bring the following incident before your notice, and I do so in order to assure you how pleased I shall be, if you will lend your powers of description and the weight of your testimony to setting forth the way I behaved on an occasion when I reaped credit, owing to the dangers to which I exposed myself.

Here is what Woodman wrote of the Roman historian Tacitus:

However foreign it may be to us today, historians in the ancient world were expected to provide their readers with entertainment, delectatio lectoris a responsibility of which Tacitus expresses himself only too well aware (cf. Annals 4.32.1, 33.2-3). Battle-scenes such as that at Histories 5.14-15 were a particularly common method of supplying this delectatio, as Tacitus knew full well (Annals 4.33.3 . . . . and if by some remote chance a writer of his calibre failed to realize the potential effect of an episode like Histories 2.70, there was always his friend the younger Pliny to supply him with ‘feedback’ (see Letters 7.33). Naturally this suggestion cannot be proved; but I think it is significant that, as is generally recognized, Tacitus’ account of events in Germany in Annals 1 is quite out of proportion to their historical importance: he seems to have ‘written up’ these sections because he enjoyed them and because he knew from experience that they would entertain his readers.

The “Father of History”, Herodotus, pioneered the way. On his discussion of a royal monument in Asia Minor that Herodotus compared with an aspect of Egypt, Detlev Fehling observed the following misstatements:

In 2.106 Herodotus mentions two rock reliefs in Asia Minor, which are still in existence; and what he says about them is obviously wrong on several points. The most important point is that he states quite incorrectly that the inscription runs across the shoulders. Furthermore, he describes the script, again quite incorrectly, as Egyptian hieroglyphics (in fact it is an example of the so-called Hittite hieroglyphics), a misstatement that cannot be explained away as a simple error, since to anyone who has seen the former once or twice they are completely unmistakable. To this second point we must then add a further misstatement obviously intended to fit in with it, that the figure is wearing a mixture of Egyptian and Ethiopian armour. Not that there is any point in asking what type of equipment Herodotus could have identified as Ethiopian, as commentators do. Herodotus certainly was not worried. He simply gives a general description suitable for Sesostris of Egypt, who, according to 2.110.1, was the only Egyptian king to rule over Ethiopia. . . . Herodotus never set foot in this remote place, we may be sure; what possible business could he have had there?

The war reporters Knightley writes about were more careful to avoid fabricating news stories when at one point General Joseph Hooker enforced a rule that all their stories in the newspapers had to bear their names.

[Hooker] issued orders that all dispatches had to be published under the correspondent’s name. Robbed of the anonymity that had protected their speculation, inaccuracy, and comment, the correspondents with Hooker became much more discreet.

What were the names of the authors of our canonical gospels again? And what was the reason for our emphasis on the need for eyewitness reports?

Nothing can beat corroboration of accounts by genuinely independent sources. We know by now that we cannot even trust supposed eye-witness accounts simply on the basis that they are reputed to be eye-witness reports. Even claims to eyewitness status need to be supplemented with additional information that helps us to accept them.

Knightley, Philip. 2003. The First Casualty: The War Correspondent as Hero, Propagandist Myth-Maker from the Crimea to Iraq. London: Deutsch.

12 thoughts on “Lying Eyewitnesses — Always With Us”