Skip to content
They’re merely trying to use the debate to show that they and their positions are superior.

Oh yes. And it explains why they resort to insult and ridicule when called upon to engage in a defence of their claims.

Oftentimes, she said, people aren’t really having a discussion when they argue about politics. They’re merely trying to use the debate to show that they and their positions are superior.

“An effective piece of rhetorical persuasion usually happens when people are trying to honestly resolve a conflict, otherwise, all you’re doing is just fighting—which we see all too easily in our society,” Matelli explained.

At this point, in her view, it might make the most sense to simply end the argument — instead of letting it devolve into insults and competing slogans.

Like Loading...
“[Josephus] was employed to write the official history that we have. The other histories from this period have been destroyed ruthlessly by the Romans. Josephus tells us this in very chilling passages how the Romans exerted complete control of the literature of this period. There were alternative histories of the Jewish war written, while the Romans rounded up the writers of those histories and executed them. They rounded up all the copies of those histories and destroyed them. That is to say they ruthlessly wiped out any alternative history, so that the only history we have is written by Josephus.” — Dr Rod Blackhirst, Lecturer in Religious Studies, La Trobe University 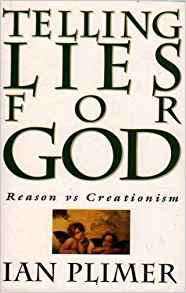 On my shelf I have a book titled Telling Lies for God by I.R. Plimer. I was a bit disappointed in it when I read it because I thought it was itself misrepresenting some of the apologist arguments and could have had more credibility by not sometimes garnishing the facts at hand.

Not long ago I took up a request to engage with a video on youtube, Caesar’s Messiah: The Roman Conspiracy to Invent Christianity. The presentation contains so many exaggerations and falsehoods that it would take me forever to address in detail, but I did tackle some of them here and here. Some of the contributors interviewed, namely Dr Robert and Timothy Freke, did not make any extravagant claims, but others did — namely Joseph Atwill, Rob Blackhirst, John Hudson and D.M. Murdock/Acharya S.

One point I have not yet addressed in depth, however, and that is the claim I placed in the quotation box at the top of this post, the one made near the video’s beginning by Dr Rob Blackhirst. To fast forward to the conclusion, I am astonished that a serious academic employed at a bona fide university could mouth such total fabrication. Not a word of what is quoted is true, but that’s what he claimed for the “benefit” of viewers of the video.

Point #1. Josephus’s history of the Jewish war is not an “official history”. It was Josephus’s personal history that did not have to be submitted for approval to the emperor or his agents.

Point #2. We have no record to substantiate the claim that “other histories from this period [the period of Josephus in the time of Vespasian and Titus] have been destroyed ruthlessly” — or leave off the “ruthlessly” and just say “destroyed”. There is absolutely nothing in the sources that permits Rob Blackhirst to make that claim.

Point #3. Alternative histories were written? Romans rounded up their authors and executed them? These claims are absolute fabrication. There is not a shred of evidence in our records that any such things ever happened.

Not quite. There is another series of false claims from about the 17th minute. We hear the following: END_OF_DOCUMENT_TOKEN_TO_BE_REPLACED

Dr Sarah of FreethoughtBlogs.com Geeky Humanist has posted two interesting posts in favour of the historicity of Jesus. It makes a wonderful change to read arguments on this topic that are expressed in a civil and calmly reasoned tone. Her first post is Jesus mythicism vs. Jesus historicity: an argument in favour of the latter; her more recent one, Jesus mythicism vs. Jesus historicity: a reply to R. G. Price. This post gives my take on her earlier essay. (All formatting and bolding in Dr Sarah’s comments is my own.)

If Jesus did exist, we have to explain how, within a relatively short time of his death, he was being spoken of as some kind of mythical semi-deity in the writings of some of his followers.

If Jesus was a myth from the start, on the other hand, we have the reverse problem of having to explain how he then came to be written about and taught about as an actual person who walked the face of the earth and did normal (as well as miraculous) things.

Dr Sarah finds the first option the more simple one.

My first thought is that the two options are embedded in faulty, or at least questionable, assumptions. If the gospel figure of Jesus did indeed reflect the life of an ordinary person then the two horns of the dilemma are both a quandary. If, on the other hand, we pause to reflect that the earliest gospel that we believe to have been written was the Gospel of Mark, then we have quite different options. That’s because in the Gospel of Mark the Jesus figure is most unlike any ordinary human figure in ancient (or modern) literature. He is a human, of course, with brothers and sisters and a mother, and he eats and drinks. But he is unlike any other figure in works that we know to be ancient biographies or histories. He is presented to us “cold”, that is, without us having any knowledge of who the biographer is or why he is even writing about him. Without any explanation of how the author came to know anything about his life, he is depicted as engaging in conversations and activities with spirit beings both in heaven and on earth. He calls and mere mortals drop all their livelihoods in a moment and obey. He reads peoples minds and hearts. He exercises God’s prerogative to forgive sins and rules the physical elements. He talks in mysteries so none can understand, and though he explains all his mysterious messages to his disciples, even they don’t truly believe. Even his disciples are far from genuine human beings: they walk as if mesmerized into obedience to follow him at his call; they are unrealistically stupid in not recognizing his power despite seeing it demonstrated time and again; they, along with the crowds in the narrative, come and go as the author needs them, not as per any realistic plot device. In other words, Jesus is depicted in the earliest gospel as a figure of a human but certainly something trans-human. The story-line is absurd — quite against the grain of the way real people really are and how real people really respond — if read “realistically”. But if read a ciphers, or symbols, or personifications, or mouthpieces for some particular set of beliefs and doctrines, if read as a parable or symbolically, the story makes perfect sense.

We have evidence to encourage us in our view that this earliest gospel’s Jesus and disciples (and even his enemies and other persons that appear in the narrative) are far from realistic or natural. That evidence lies in the way that the subsequent evangelists (“Matthew” and “Luke” — even “John”, some would argue) changed Mark’s Jesus and disciples into somewhat more realistic figures. (“John”, on the other hand, went in the other direction and made him even less human.) “Luke” even reduces Jesus to a martyr in the tradition of the Maccabees.

With that background, the two horns of the dilemma are modified somewhat:

Or maybe I should make the dilemma a triceratops with a third horn:

Okay, you might think I’m playing with that second option a bit too loosely. But how else might it be worded given what we know about the Gospel of Mark’s Jesus and characters generally?

Dr Sarah proceeds to set out her reasons for embracing the historicity of Jesus in five dot points. I address each one. END_OF_DOCUMENT_TOKEN_TO_BE_REPLACED