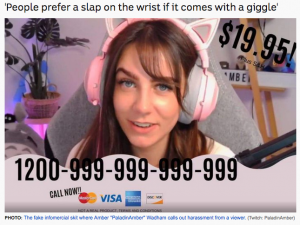 END_OF_DOCUMENT_TOKEN_TO_BE_REPLACED

Like Loading...
They’re merely trying to use the debate to show that they and their positions are superior.

Oh yes. And it explains why they resort to insult and ridicule when called upon to engage in a defence of their claims.

Oftentimes, she said, people aren’t really having a discussion when they argue about politics. They’re merely trying to use the debate to show that they and their positions are superior.

“An effective piece of rhetorical persuasion usually happens when people are trying to honestly resolve a conflict, otherwise, all you’re doing is just fighting—which we see all too easily in our society,” Matelli explained.

At this point, in her view, it might make the most sense to simply end the argument — instead of letting it devolve into insults and competing slogans.