From Taborblog, by James Tabor:

Two Widely Held Assumptions About Early Christianity that Should Be Questioned

Someone asked me who among atheists were critical of Jesus mythicism when I posted Atheist Hostility to Jesus Mythicism … making sense of it and a number have questioned my own view of why they do, or at least have offered alternative viewpoints. All fair enough. Meanwhile, someone on Facebook chided me for not having read Tim O’Neill’s article addressing PZ Myers’ “historical Jesus agnosticism” and attempting to explain how the relevant historical analysis works. So today I did finally at least skim quickly through O’Neill’s PZ Myers and “Jesus Agnosticism”, Eddie Marcus’s explanations, and a few of the comments. And whaddyaknow — there I read more of the exact criticisms I had been addressing in my earlier post about “atheist hostility to Jesus mythicism”. They once again demonstrate, to me at least, that the primary objection to mythicism is that it sets itself apart from mainstream scholarship and for that reason is seen as “essentially” one with creationism and holocaust denial.

There was something unexpected, though. What I found especially intriguing was Tim O’Neill’s admonition to his readers to not even read arguments that had been posted against his own views! Recall Niels Peter Lemche’s point about how conservative scholarship has worked to steer scholars away from radical criticism: The Tactics of Conservative Scholarship (according to J. Barr & N-P. Lemche). Tim certainly goes overboard to smear me every time he seems obliged to mention me at all. He certainly is doing all he can to turn readers off anything coming from this quarter. That’s not so bad in itself, except that he seems incapable of doing so with dispassionate reasoned argument. Ancient kings (and more recent totalitarian regimes) who were obsessed with erasing all memory of opponents and/or cursing them to the limit would be most impressed.

From Tim’s page — with my highlighting of the key points:

Similar in their rhetoric and explaining-away of evidence. And are just as impervious to reason. Mythicism is to history what YEC is to science. But ok, they’re Atheism’s halocaust deniers

Then analogy is not to the degree or nature of the evidence. It’s the lack of understanding of the material and the arrogance of assuming they know more than the consensus of experts that is analogous. So the analogy is completely apt thanks.

“I could provide examples of where the consensus of experts has been wrong (you know like some of science!) so that in and by itself is not disqualifying.”

Everyone knows it is not necessarily disqualifying. But most of the time the experts know better than some online nobody who’s watched a couple of YouTube videos.And even the cases when the maverick contrarians have been right and the consensus has been wrong are well known because they are so rare. Yet, like the Creationists, these twerps think they are the smart ones.

So there you have it. The sin of mythicism is that it disputes the conventional wisdom of the academy of biblical studies. And we even have the biblical imputation of motive for that sin — pride, arrogance. Can anyone with such a mindset help themselves from reading any mythicist arguments with hostile intent?

Here’s the surprising bit. Tim added an addendum to his post that had been written after PZ Myers responded to it (and after I had made my own comments on PZ’s response).

P.S. I would suggest you avoid reading the comments from the Mythicist true believers on Myers’ articles – most of them are so dumb they will make you lose the will to live.

And to reinforce the point, when one commenter asked

Yes. Note my addendum to my article above, which addresses Myers’ response. I pay no attention to Ol’Grandpa Godfrey though – he and the other jabbering boneheaded contrarians who gather in his little Treehouse Club for fringe weirdos are not worth the time.

In his enormously popular but scientifically questionable bestseller The Naked Ape, the writer Desmond Morris suggested that lipstick was an attempt to make women’s facial lips resemble the engorged sexually aroused genital ones. It might be a superficially attractive argument, but upon the slightest degree of scrutiny it vanishes in the haze, for there is just no evidence for this to be true. If it were true, we would expect to see selection for lipstick wearing, and higher reproductive success in women who wear lipstick. It also doesn’t account for the changes in styles and colours of lipstick, or the fact that most women haven’t worn lipstick for the vast majority of human history, yet still somehow managed to give birth to a healthy cohort of progeny. It is an example of the scientific sin of a ‘just-so story’ – speculation that sounds appealing, but cannot be tested or is devoid of evidence. 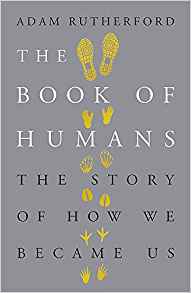