Meanwhile, here is a diagram I prepared for an older post of mine (before I had a copy of Norelli’s book) that shows something of the complexities of the history of interpretations of the Asc. Isa.: 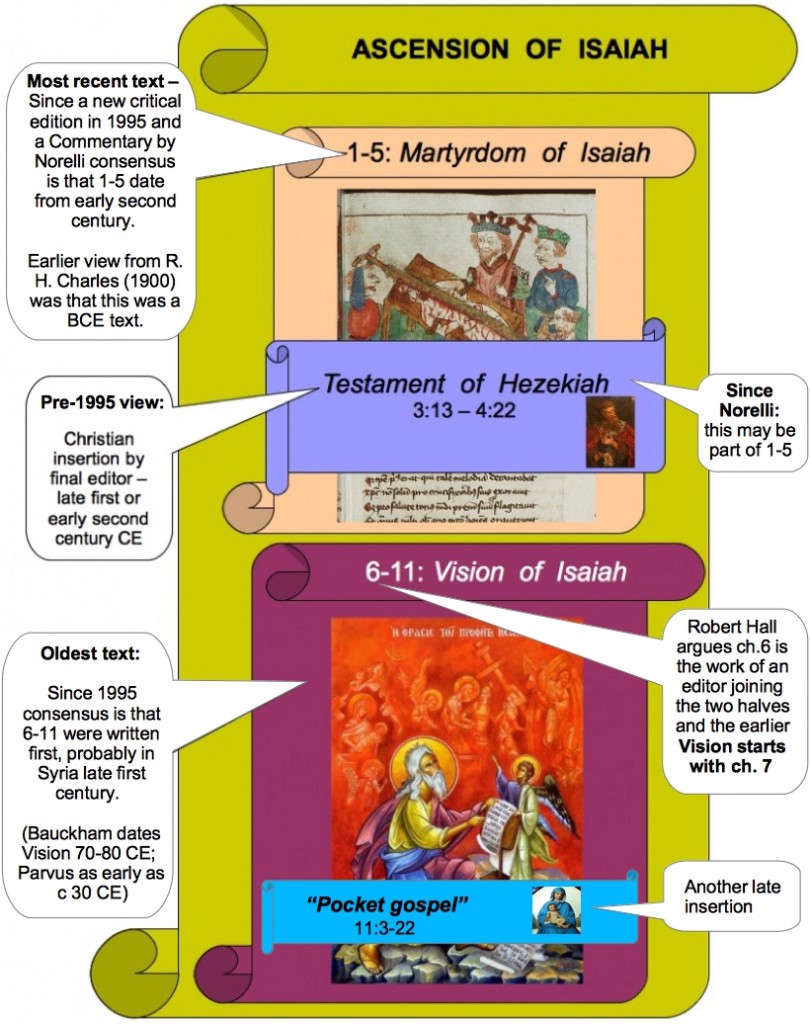 P.S. If anyone capable is interested in translating the chapter let me know in case I am able to forward a copy of the chapter.