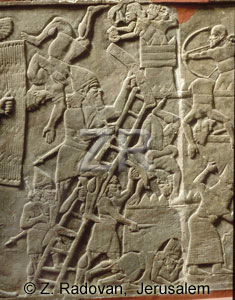 Herodotus’ account of the Athenian spear carrier Epizelus’ psychogenic mutism following the Marathon Wars is usually cited as the first documented account of post-traumatic stress disorders in historical literature. This paper describes much earlier accounts of post combat disorders that were recorded as occurring in Mesopotamia (present day Iraq) during the Assyrian dynasty (1300-609 BC). The descriptions in this paper include many symptoms of what we would now identify in current diagnostic classification systems as post-traumatic stress disorders; including flashbacks, sleep disturbance and low mood. The Mesopotamians explain the disorder in terms of spirit affliction; the spirit of those enemies whom the patient had killed during battle causing the symptoms. END_OF_DOCUMENT_TOKEN_TO_BE_REPLACED