I’ll try to take a crack at it. I’m not saying I agree with all of the following, but I think it’s essentially how we got here.

How we got here (i.e. to the conclusion that oral tradition is the necessary and best explanation for the source material of the Gospels) or how we rationalize our assumption? The Gospels-Acts narrative itself leads us to expect an oral tradition between Jesus and the gospels — we are led to picture evangelist and apostolic activity as well as ordinary church members spreading the word — so I suspect oral tradition is a default assumption.

Now it is important, of course, to find evidence in the support of any hypothesis like this and your following list reminds me of several of the supporting arguments used to support it.

But without wanting to sound like a nefarious “hyper-sceptic” it is also my understanding that good method requires us to seriously evaluate counter-evidence, too. How does one raise this question without sounding like some nihilistic anti-god anti-Christ atheist who hates Christianity and everything that is good and decent in the world, all sound critical biblical scholarship and wants to see every religion wiped off the face of the earth?

I am an atheist but like Tamas Pataki I don’t know if eliminating religion would really make the world a better place any more than eradicating all insect pests would really be in humanity’s best interests. Moreover, I can’t imagine how establishing that there really were oral traditions between a Jesus event and the written gospels would make the slightest difference to me personally. I would want to learn and know more about them if we had some basis for establishing their existence.

I will omit the “must’ve” argument that tries to explain away the decades between the historical Jesus and the first gospel. Since scholars assume the HJ and they concede that the gospels were written by non-eyewitnesses much later and in a different language, they conclude that the traditions “must’ve” floated around, passed on orally for many years. That’s a circular argument at best. At worst, it’s a deus ex machina that rescues the gospels from their suspicious circumstances.

Yep, that’s the nagging doubt that obliges one to raise the question (without being a “hyper-sceptic”.)

What features about the gospels themselves might lead one to think they have roots in oral tradition?

First, the size of each individual story in, e.g., Mark is about the size of a typical nugget of folklore.

Yes, I have read this. (I think it goes back to Gunkel, yes? He was describing OT stories.) But I would also like to see a demonstration of the claim. 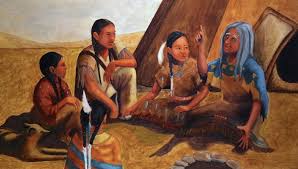 The sizes of each story, especially the gospel ones, do seem very small to me. Do folklore narrators sit down with wrapped audiences to tell them a twenty second story? Or do they tell a series of fifteen- to thirty-second stories? Or do scribes putting oral folk tales to pen and paper generally abbreviate them? Are the written notes just reminders of the main points of a longer story? If so, what does this explanation suggest for the different ways the evangelists modified each story?

Next, the nuggets or chunks normally tell about just one thing. True, sometimes Mark artfully inserts a chunk inside another chunk, but each chunk (typically) has a single point to make. That “one thing” that the nugget is trying to explain is often a quote from Jesus. Theoretically, these memorable words of Jesus remained alive by being carried within the story, which is just long enough to remember — sort of like an old fairy tale or a modern joke.

Have I jumped the gun with my initial questions? Okay, I can appreciate a twenty-second joke, but I don’t know of too many twenty-second stories that would work on children at bed-time. Am I missing something here? I suspect I am. But I’d like it spelled out rather than waste time with silly questions.

Another feature we notice is the fact that you could tell most of the stories before the passion in almost any order. Good luck trying to figure out time and place from Mark’s narrative. We get a story chunk, then an abrupt connecting word or phrase (e.g., “immediately”), another chunk, followed by yet another, with no topographical or chronological relevance. Their order apparently has nothing to do with character development or pushing the narrative forward. Mark added the stories to his framework, but there’s only the barest hint of any continuity.

Okay, I’m prepared to lay aside my thoughts of story-thematic development in Mark for the sake of giving this one a fair hearing. After all, it is the themes that the stories are used to express where we find possible structural development.

We learn almost nothing about the people who move about Jesus. (We learn next to nothing about the person of Jesus, for that matter.) The majority of the disciples are known only by their names. They appear and disappear. The pharisees, sadducees, and even “the crowd” show up abruptly and are just as quickly forgotten. Some scholars argue that this phenomenon shows that the stories have been “worn down” over time, retaining only their essential elements.

Do theories of oral tradition support this process? What do we make of other claims (and some evidence) that meaningful stories actually accrue flourishes and embellishments over time? If the stories were being “worn down” over time then do we not have a thesis that testifies to the declining relevance or interest in those stories?

If so, what would have inspired the desire to write gospels? Would we not expect the evangelists to dig a little deeper to locate some embellishments? Do the variants among the gospel stories reflect such an interest or do they reflect theological interests?

If the elements were “essential” would we expect them to appear in the pre-gospel literature such as the epistles?

Markedly different versions of the same pericope appear in different gospels. Most scholars will argue that some of these repeated stories are different tradition threads that stem from the same historical event. (I tend to argue the opposite — that, for example, John changes Mark deliberately or that Mark is “corrected by” Matthew, who is often copied by Luke.)

Yes, but you are an angry atheist warped mentally by a past fundamentalist background so what can we expect?

But seriously, these are surely testable alternatives. If we can locate consistent reasons for one evangelist changing the work of another then we have struck a blow against the variant oral tradition hypothesis.

Or maybe we could say that each oral trad variant was the preserve of a theologically distinct community. This leads us then to one of Richard Bauckham’s better (earlier) works, The Gospels for All Christians where he argues against such a community-provenance hypothesis.

Matthew and Luke, who both copied Mark, seem to be fully aware that the second gospel was composed of separate and separable chunks. They freely move those chunks into different positions within the overall story. They add their own chunks.

Because Mark appears to be assembled from many separate, mostly independent, free-floating stories, because each story is short enough to remember, and because the stories are free of non-essential details, form critics assumed they represent folktales. Now, at some point, after these folktales had been remembered, transmitted, and re-transmitted over time, people may have committed them to writing. That is, we may have had loose sheets of papyrus, each with a story or a saying of Jesus. (Consider, e.g., the Gospel of Thomas and how it was transmitted as collection of sayings.)

So, Mark may have gathered up some folktales from oral tradents, and others from written bits that others had been collecting. (He may have invented some on his own, too.)

In summary then, the components of Mark look like unrelated or at best semi-related folktales that Mark collected. Those folktales, like all folktales in any culture, have a certain size and shape. (They also conform to certain types.) And as in any predominantly oral culture, the folktales were probably passed on orally.

Notice I’ve said nothing about authenticity here. A story could have arisen from some prophecy of the risen Jesus, or it could have started as an allegorical tale that eventually turned into a false memory of Jesus. In any of these cases, the transmission unit and the process would remain the same.

Nothing for me to add, here. These paragraphs are drawing together the implications of the preceding arguments.

The questions I have raised along the way are the sorts of questions I would love to read about in the scholarly literature. I would love to see them addressed. I have encountered some works doing this but so far they are all on the side that argues for sources apart from oral tradition.

What I want to see — and here I need to put back on my old conservative believer hat and find all the arguments I can against those who would question the hoary tradition — are serious arguments challenging the literary borrowing/creative model. 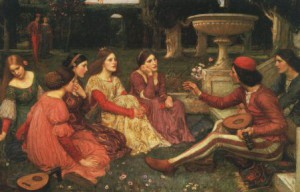