Previous post in this series:  A Simonian Origin for Christianity, Part 14: Simon/Paul and the Law of Moses (continued)

The voice in much of Romans 9-11 is recognizably the same one that in Galatians is critical of the Law. It insists that justification is by faith apart from works of the Law and, as in Gal. 3:28, it says that applies to both Jew and Gentile:

For there is no distinction between Jew and Greek; the same Lord is Lord of all and bestows his riches upon all who call upon him. (Rom. 10:12)

But at other times we seem to hear a different voice, one that says there are important distinctions after all. It tells us in Rom. 9:4-5 that God gave seven gifts to the Jews. Those gifts they still retain, for “the gifts and the call of God are irrevocable” (Rom. 11:29). And we learn that God keeps for himself a “remnant” (Rom. 9:27; 11:5) of Israel, and that at some point in the future he will see to it that “all Israel will be saved” (Rom. 11:26). No similar guarantee is extended to the Gentiles. In fact, they are warned to watch their step.

One voice says that “not all who are of Israel are Israel” (9:6). It redefines elect Israel to mean all those called by God whether from the Gentiles or the Jews (9:24). But the other voice still considers Israel “according to the flesh” to be God’s people.

Instead of the Apostle trying “to have it both ways,” it may be that an interpolator had his way with the Apostle’s letter!

So what is going on here? Is Paul letting his emotional attachment to his kinsmen cloud his thinking?

From our standpoint, with a far longer historical retrospect than Paul could have dreamt of, the special importance here assigned to the Jews and their conversion in the forecast of the destiny of mankind appears artificial. It is doubtful whether it is really justified on Paul’s own premisses. The fact is that he has argued from the promise to Abraham on two divergent and perhaps inconsistent lines. If the promise means ultimate blessedness for ‘Israel,’ then either the historical nation of Israel may be regarded as the heir of the promise, and Paul is justified in saying that “all Israel will be saved,” or its place may be taken by the New Israel, the Body of Christ in which there is neither Jew nor Greek; but in that case there is no ground for assigning any special place in the future to the Jewish nation as such. Paul tries to have it both ways. We can well understand that his emotional interest in his own people, rather than strict logic, has determined his forecast. (C.H. Dodd, The Epistle of Paul to the Romans, pp. 182-183, my bolding)

Perhaps, but in line with my Simonian hypothesis, I would like to consider another possibility. Instead of the Apostle trying “to have it both ways,” it may be that an interpolator had his way with the Apostle’s letter!  If the original author of Romans was Simon of Samaria, he did not view Israel’s failure to believe in Christ as in any way bringing into question God’s fidelity to his promises. The Jews may have thought they entered a covenant with God at Sinai, but Moses mediated that arrangement not on behalf of God, but of the angels who made the world. The proto-orthodox, however, held that God had instituted the Mosaic covenant, and so it reflected badly on him that his chosen people had failed to embrace the gospel. Much of Rom. 9-11 could be the work of a proto-orthodox interpolator dealing with that theological problem.

Let’s see if these chapters can be plausibly untangled along the lines of this hypothesis. END_OF_DOCUMENT_TOKEN_TO_BE_REPLACED 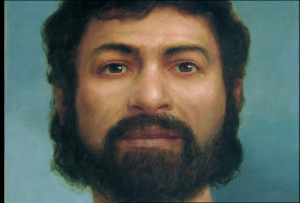 A few days earlier a “slightly abridged” version appeared in the January-February 2015 issue of TheHumanist.com  END_OF_DOCUMENT_TOKEN_TO_BE_REPLACED