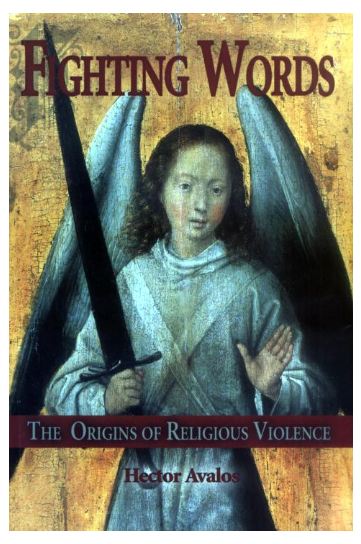 a mode of lie and thought that presupposes the existence of, and relationship with, supernatural forces and/or beings. (Loc. 1218)

By supernatural Avalos means whatever is beyond detection by means of our five senses and/or logic. The significance of this is that religious claims are always ultimately based on unverifiable premises or conclusions. Scarcities created by religion are accordingly unverifiable. These religiously created scarcities are:

If Hector Avalos is attempting to win our minds with his argument he is not likely to win quickly the hearts of many believing biblical scholars (and probably most biblical scholars are Christian believers in some sense) — or their counterparts in Judaism and Islamic studies — when he declares, quite logically, the ultimate arbitrariness of condemning a fundamentalist reading of a sacred text in preference for more liberal interpretations. Ultimately, the value judgement is based upon what interpretation will be seen to privilege or advantage one in one’s preferred cultural community. There are no independent and objective criteria to arbitrate between such interpretations.

Avalos argues that anyone who attempts to address religious violence by targeting only the violent expressions of a religion are grappling with the symptom and not the cause. The fact remains that there is no way to objectively verify one interpretation of a religious belief over another and therefore religious belief itself will always contain the seeds for violence given that its adherents will always be prone to fear for the security of their (unverifiable) resources.

Fighting Words does, by the way, address the arguments of scarce resources from the perspectives of all three Abrahamic religions. Nor does he deny that where religious violence does exist that there are not at times other motives, more material ones, involved as well.

We started to address what Avalos sees as solutions.

If we think that “notions of salvation, sacred space, divine revelation, and group privileging” — those resources that are perceived to be vulnerable in their scarcity — are the essence of religion itself Avalos proposes an alternative view.

Of all of these elements, however, we believe divine revelation is the only essential feature of all religions.

Sacred spaces, group privileging, salvation, Avalos argues, are “not so clearly essential” to religion as they may seem.

It’s an idealistic view and hope, perhaps. And Avalos has already shown how all three Abrahamic religious traditions have experienced violence over threats to the scarce resource of conviction of divine revelation. But Avalos tempers his strategy by pointing out that in reality there are “degrees of sacredness” and various beliefs in sacred space and salvation can become so diluted that they no longer create any significantly scarce resources. He cites the Holy Land as an example of a sacred space that has been “redefined or abandoned” throughout history by Christians and Jews who consider themselves religious in some sense.

But one thing Avalos is firm about and that is that there must be zero-tolerance for any scripture that contains any form of religious violence. He clarifies his reasoning with an analogy to Hitler’s Mein Kampf. Suppose a new church arose, the Hitlerian Believers, say. In response to accusations that their sacred book promotes genocide, the intellectual in this church may come to argue that even though it may have been understood that way by the first generation of believers, the faithful no longer treat those anti-semitic passages literally. They are symbolic of a metaphysical struggle against evil within our souls. The point of this argument is that most of us would quite rightly scoff at the idea that a religion should be based on a book that originally meant something far more sinister. The rationalization would be considered ludicrous and self-serving. Yet Hector Avalos sees the same thing happening with the Bible. Even if the original passages in Joshua and the Pentateuch ordering genocide did not literally happen historically, they were certainly written with an intent that has no relevance to civilized peoples today.

Even the New Testament does not escape. The slave mentality of the commands to worship, love and obey Christ are, in effect, transpositions of ancient cultural attitudes from a slave society and from an era of emperor worship.

Christ often appears to be nothing more than the Christian version of a Roman emperor. (Loc. 4997)

And the sacrifice of Christ to save us?

The idea that violence is an expression of love is the problem. (Loc. 4941)