While we clog our synapses with irrelevant ancient texts let’s hope Guy McPherson has it wrong . . . . .

And part 2 with some pretty good priorities . . . . END_OF_DOCUMENT_TOKEN_TO_BE_REPLACED

I am currently absorbed in reading Hector Avalos’s book Fighting Words: The Origins of Religious Violence. It’s giving me a lot to think about. Avalos challenges perspectives relating to the Israeli-Palestinian conflict and the Islamic religion that I have often posted on this blog. It is too soon to post anything revisionist but I have just finished a snippet I can share in the meantime.

Self-serving translations are mostly responsible for representing the Hebrew shalom as “peace” in many instances in the Hebrew Bible.(Kindle, location 2178)

Hector Avalos shows us that both the etymology and use of the word in the Hebrew Bible relates to imperial dominance rather than benign relationships. He cites Gillis Gerleman:

Gerleman notes that the piel intensive, with some 90 occurrences in the Hebrew Bible, is the most frequent of all the verb forms of the root. Te normal Qal (ground) form occurs 8 times, the Hiphil (causative) form about 13 times. The noun form occurs some 240 times. The overwhelming meaning, whether as a verb or as a noun, is usually “repayment,” “reward,” or “retaliation.” (citation: page 4 of Gerleman, Gillis. “Die Wurzel [šlm].” Zeitschrift für die Altestamentliche Wissenschaft 85 (1973): 1-14.)

Agree with God, and be at peace.

END_OF_DOCUMENT_TOKEN_TO_BE_REPLACED 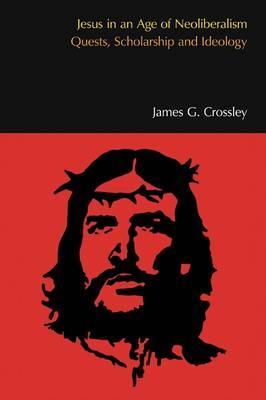 This post and several ensuing ones will be about what we can learn about historical Jesus scholarship from the book Jesus In An Age of Neoliberalism: Quests, Scholarship and Ideology by Professor James Crossley.

The second half of this post addresses some background that readers should understand as they read my engagement with Crossley’s book. There I address Crossley’s personal animosity towards me and his conviction that my past treatment of his works has been grotesquely unfair.

to show how Jesus is a cultural icon in the sense that he is reconstructed by historians not simply as a figure for Galilee in the 20s and 30s but also, intentionally or not, as a figure for our ‘postmodern’ times. . . . (p. 8)

[T]he emphasis could be placed on the greatest historic critic of our age, an obscure article in an evangelical journal or a rant on a blog: they all provide insight into our cultural contexts, irrespective of how good or bad they are. . . .

This book is at least as much about contemporary politics, ideology and culture as it is about Jesus, and in many ways, not least due to unfamiliar approaches in historical Jesus studies, this is almost inevitable. (pp. 8-10)

Obviously any cultural artefact provides insight into its cultural context, but when Crossley limits cultural context in his book to “postmodernism” and “neoliberalism” in their primarily political and racial-cultural manifestations I suspect he is presenting a two-dimensional perspective of scholarship. Quite often it appears his argument is another application of “parallelomania” in the sense that any scholarly interpretation that can be matched to a “neoliberal” or “postmodern” concept becomes the basis of his argument. His thesis would have been more deeply grounded had he been able to demonstrate more consistently, not just sporadically, how certain changes in views and presentations resulted from the direct interaction with political and cultural pressures.

Now I happen to agree with much of Crossley’s own political views. So in one major respect he had me onside from the beginning with Jesus In An Age of Neoliberalism, just as he did with his earlier companion book, Jesus in the Age of Terror. I found a number of aspects of his book insightful. I do think that in a number of instances he does make a sound case. Others, as I have indicated above, lacked rigour, were only superficially supported, ill-defined or simplistically conceived; and on occasion it seemed Crossley indulges in soap-box political declamations against his colleagues’ views while almost losing any solid relationship with historical Jesus studies. He appears to have assumed too much on the basis of partial evidence. Overall the book tends to read like an extended editorial opinion piece. So his preface overstates what follows when it says:

The “case studies” or “certain examples” in the book are of variable authenticity. Several names appear to have been dumped in the neoliberalism matrix with only superficial justifications that overlook evidence for alternative perspectives. Worst of all, one is left wondering if Crossley’s book is a thinly veiled swipe at scholarship that disagrees with his own (and his PhD supervisor Maurice Casey’s) problematic assumptions, methods and (even to some extent) conclusions about the historical Jesus and Christian origins. Unfortunately Crossley appears to have prepared in this book a rationale for dismissing anyone who disagrees with him on these points as “politically incorrect”.

But Crossley would protest:

I do not think that all historical Jesus scholarship is simply ‘reducible’ to an outworking of neoliberalism or simply historically wrong even if it does seem that way. I still have some sympathies with some fairly traditional modes of historical criticism and I am aware that there are strands of Jesus scholarship, and biblical scholarship, which can at least be felt threatening to power.(p. 14)

Examples of the latter are liberation theology in Latin America and works by Keith Whitelam and Nadia Abu El-Haj.

I hope to demonstrate what both the good and the not-so-good in this book tell us about contemporary Historical Jesus or Christian Origins scholarship.

In these posts (I expect they will be strung out over some weeks) I hope to point out where I think Crossley has got things spot on and where he could have got things a bit more spot on. More generally, I hope to demonstrate what both the good and the not-so-good in this book tell us about contemporary Historical Jesus or Christian Origins scholarship.

And I do invite James Crossley to notify me if at any point I misrepresent anything he has written and to explain clearly (civilly would be a bonus) exactly how I have done so.

So here we go.