The limits of historical criteria

Longtime Vridar readers will recall that both Neil and I view the use of criteriology as employed by historical Jesus researchers with a great deal of skepticism. They consistently ask too much of the criteria. We might be able to say, for example, that applying a given criterion can determine the antiquity of a logion (e.g., a traditional saying that may predate both Paul and Mark) but it cannot prove authenticity (i.e., that Jesus said it).

However, I now find myself in the odd position of defending at least one criterion against a detractor. In How God Became Jesus, a book intended to refute Bart Ehrman’s How Jesus Became God, Michael Bird writes (in a chapter called “Did Jesus Think He Was God?”):

I’ve used [historical criteria] myself at times, but like others I’ve become increasingly aware of their limitations and become convinced that they do not offer a path to an objective history of Jesus. For a start, trying to sort out the authentic traditions from the inauthentic traditions is not really that easy, for the simple fact that the history of Jesus has been thoroughly welded together with the early church’s proclamation of Jesus at every point. (p. 33)

Bird’s definition of the CoD

I would, of course, shy away from the term “the early church,” especially in the singular, because it implies unity within ancient Christianity. But other than that, Bird and I mostly agree. If any history at all lies within the gospels, it will necessarily be entangled with the theological concerns of the evangelists and the proclamation of Christ by Jesus’ early followers. No historical criterion can reliably separate them.

Bird offers up the criterion of dissimilarity (CoD) as a failed example.

For [a] case in point, let’s consider Ehrman’s use of the “criterion of dissimilarity,” which on his account dictates that a given unit in the Gospels is historically authentic if “it is dissimilar to what the early Christians would have wanted to say about him.” [Ehrman, 96-97] This criterion is well-known and has received a devastating barrage of criticism to the point that I am, to be frank, at a loss as to why Ehrman continues to use it. It jumped the shark about the same time that the TV show Dawson’s Creek did. (Bird, Evans, et al., p. 33, emphasis mine)

If you’re wondering about that Dawson’s Creek reference, I regret to say that the authors continually veer off into stilted pop culture references. Each time they drag one out, I can’t help but picture an awkward youth pastor in Dockers and a sweater vest trying to sound “hip” for the kids. It’s a constant reminder that we are not their intended audience. Here’s another rib-tickler from Bird:

The background to this saying and the explanation for why Jesus was thought to have committed blasphemy is something like a Jewish version of the TV show Game of Thrones. (p. 43)

END_OF_DOCUMENT_TOKEN_TO_BE_REPLACED 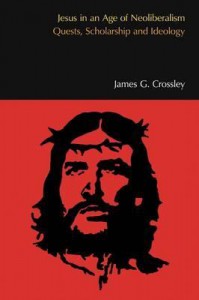 Only passing mentions to biblical scholars are found in this chapter (for the reason I mentioned above) and I will focus on those in this post. END_OF_DOCUMENT_TOKEN_TO_BE_REPLACED