Here are more of the birds that have graced my backyard these past few months: 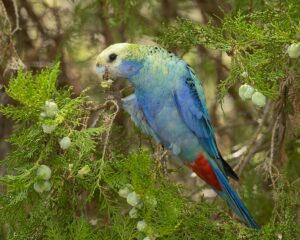 (Click on the image for a more detailed view)

This is the first year I’ve seen the pale-headed rosella here. (We’ve had brilliant red rosellas here before but they have given us a miss this year. Our new visitor has a stronger yellow colour in the head feathers but they won’t allow me to get a close enough photo of them to show you that feature. Yellow off-set by the deep red, light blue underbelly and dark blue wing, a magnificent looking bird. 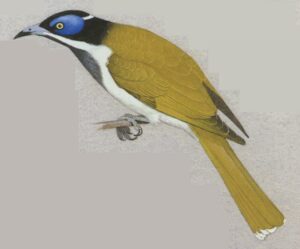 Not a frequent visitor, but I love the blue-faced honeyeater when it does appear. 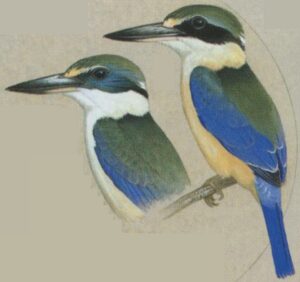 Another one very familiar to Australians – the kingfisher. I am used to seeing these fellows in bushland near creeks and rivers. I was surprised to see them where I am which is well away from any natural bodies of water. Maybe I’ve been misled by the “fisher” in their name. 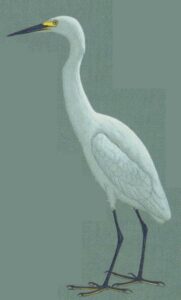 The egret flies through once a year, sometimes stopping in our backyard for a bite to eat. 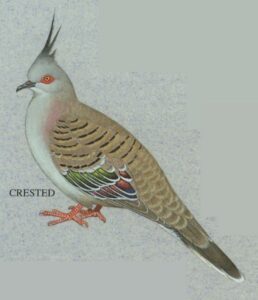 The crested dove reminds me of some of those dinosaurs with odd crowns protruding from their heads. Every time it takes flight its wings make a screechy-wheel sound, presumably to put off predators. 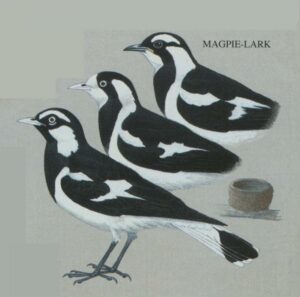 The magpie lark, more commonly known as the pee-wee, are very common throughout Australia. They can often be seen checking themselves out in reflections on parked car windscreens and rear vision mirrors. 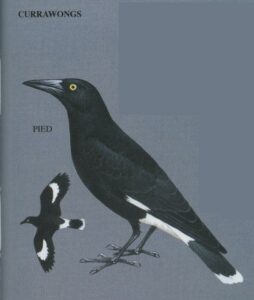 I don’t know why exactly, and I am sure if I did know I would not be able to justify my feelings, but I don’t like these currawongs very much. Maybe it’s because I see them as interlopers who sometimes take over territory from the much more interesting magpies (see the last post for those). They make a very tedious sound compared with the rich variation given by the magpie.

Over the past week I have been sifting through tweets, newsfeeds, video clips to collate the evidence that Trump has no intention of allowing the election of November 2020 to result in his removal from office. Yet in the last few days Trump has come out and publicly declared just that. There is no need to direct attention to the signposts that have marked the way over this past year since Trump has now made no secret that he will not accept anything other than his return to power. In his most recent statement he repeated his intention not to accept ballots — add to that his stacking of the courts and his demonstrated willingness to use the army to “dominate” U.S. cities.

The only question is, What is the legitimate and necessary response to his declared intention? It is not just a United States problem. The future of human civilization is threatened by the vanity of a single man and a party spellbound or intimidated by him. If one can blindly deny the world’s highest number of deaths from covid-19 in one’s own nation (or say those who are dying don’t matter because most of them are of little consequence to the national economy) then we are living in Fantasyland to expect a thought for future disasters within the US and beyond. From The Science Show:

Today we have evidence of three domino-like connections.

The first one is that rapidly melting sea ice in the Arctic is speeding up thawing of permafrost, which makes the jet stream meander, which in turn leads to more droughts and forest fires, which in turn causes even faster heating when the forests emit carbon dioxide.

The second domino is when melting of Greenland is slowing down the heat circulation in the North Atlantic, which in turn is reinforcing droughts in the Amazonian rainforest, drying out and resulting in fires and huge emissions of greenhouse gases when the forest irreversibly moves towards a savanna state.

The third domino risk is when ice sheets in the Arctic and Greenland show evidence of being connected via the oceans to Antarctica. When the Arctic melts, the exchange of heat in the ocean from the southern to the northern hemisphere will slow down, and this means that the ocean around Antarctica gets gradually warmer, which will result in huge glaciers being lubricated by hot surface waters and thereby gliding faster into the ocean with an ultimate risk of not just one- to two-metre sea level rise, but over ten metres.

Thirty years ago, we could perhaps ignore the fact that the world’s major ecosystems, like the Amazon rainforest, like the temperate forests and the world’s peatlands, were global commons that we need to protect together. Earth was so biologically intact, and thereby resilient, and our carbon footprint was so limited that Earth could absorb national mismanagement without putting living conditions for all of us at risk. Not anymore.

Think about the following. We are at 1.1°C of global warming. We must not exceed 1.5°C and certainly not go above 2°C. We are on track to take us to 3° or 4°C of warming. If we are going to have any chance, global emissions must start to decline this year and then be cut by half by 2030, then cut by half again 2040, and then reach zero by 2050. This is what we call the carbon law; cut emissions by half every decade and you follow science.

But this will only work if the planet does not surprise us. That is, all ecosystems and all the ice sheets and all the storage of energy and conveyor belt heat in the oceans must remain intact. If we were to lose the Amazon rainforest, it could potentially add another 1°C of warming by itself. If we were to lose all of the Earth’s temperate peatlands, this could potentially lead to another 1°C warming. . . .