The following is from How the Bible Works: An Anthropological Study of Evangelical Biblicism by Brian Malley.

Uncertainty about the idea of inspiration

However, as Malley demonstrates, the same believers in biblical authority do not know exactly how inspiration worked. Evangelicals uniformly believe in the doctrine of biblical inspiration but disagree about the meaning of inspiration: Is the Bible inerrant in all matters or only in spiritual matters? When asked, evangelicals are “quite vague about the process” of inspiration.

That the Bible is inspired is generally found in statements of faith but it is rarely discussed in Bible studies or sermons. When asked about the meaning or process of inspiration, believers will respond with phrases like the Bible’s authors were “mentally stimulated through a spiritual force”, that God had the writers “attuned” or that “God guided their thoughts” or “impressed their minds.”

It is important to note that my informants’ responses were quite variable in their wording. Apart from those few who used the words θεόπνευστος and “God-breathed,” they did not seem to be drawing their answers from any common source. And indeed this may be the case because, although there are frequent allusions to the doctrine of inspiration at Creekside Baptist, I never heard it explicitly discussed. (p. 134)

On the concept of Plenary Inspiration, the teaching that the whole of the Bible is inspired, most of Malley’s interviewees declared that the entire Bible is God-inspired. There was less agreement on whether the Bible was the only book inspired by God.

. . . some thought that there were degrees of inspiration, and that other texts might be inspired, but less so than the Bible; some thought that there were kinds of inspiration, and in this way differentiated between biblical and other inspired texts. All informants, however, agreed that the Bible is inspired differently than any other text. One of the most interesting notions came from a man who, in addition to differentiating the Bible with respect to extent of inspiration, also said, “Other texts might be inspired, but we know the Bible is inspired.”

. . . in interviews, few of my informants expressed strong views on this, and several said that it did not make any practical difference whether the words or the ideas were inspired.

When pressed, some respondents were found to say that the original autographs were inspired but over time errors have crept in through translations and copying. They will insist that the details are unimportant and that despite some limited corruption the main ideas inspired by God have been preserved.

Certainty about the authority of the Bible

Evangelicals will say (Malley empirically demonstrates that they do) that because the Bible is inspired by God it is therefore authoritative. The doctrine of biblical authority is said to be “a consequence of its divine inspiration.”

The doctrine of inspiration is indeed often invoked as a justification and explanation of the authority that evangelicals attribute to the Bible.

Here is the interesting observation of Malley: END_OF_DOCUMENT_TOKEN_TO_BE_REPLACED 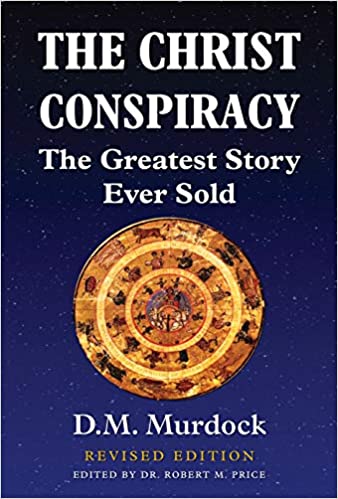