I have written often about history, the nature of history, the history of historical writings, and historical methods. Very often the context of those posts has been biblical scholarship that falls short of meeting the basic standards of scholarly historical inquiry as it is typically found in history and classics departments. Occasionally one comes across a biblical scholar (e.g. Scot McKnight) who does bring up the names of historians in “nonbiblical fields” (e.g. Geoffrey Elton, E.H. Carr) but too quickly the main point of difference is bypassed even in those discussions. To find biblical historians who have taken up the methods of other historians — beginning with primary evidence and moving cautiously from there to secondary evidence — one turns to those unfortunately labelled “minimalists” in the studies of ancient Israel.

This post is a response to some specific claims about historical methods by Justin Meggitt, another scholar of religion, in his 2019 article, “More Ingenious than Learned’? Examining the Quest for the Non-Historical Jesus”. Meggitt, I hope to demonstrate, has also misinterpreted the way nonbiblical historians work and misapplied some of their methods to the question of historical Jesus studies — even while attempting to better inform his biblical scholar peers. In so doing I trust a more valid way forward will become clearer.

Indeed, the lack of conventional historical training on the part of biblical scholars may well be evident in the failure of any scholar involved in discussing the Christ-myth debate to mention any long-established historiographical approaches associated with the study of the poor in the past, such as History from Below, Microhistory or Subaltern Studies,105 approaches that might help us determine what kind of questions can be asked and what kind of answers can reasonably be expected to given, when we scrutinise someone who is depicted as coming from such a non-elite context.

(Meggitt, 22. Bolded highlighting is my own in all quotations)

History from Below is taken from the title of an encyclopedia article, “History from Below, the History of Everyday Life, and Microhistory”, by A. I. Port. (The link is to the same article on academia.edu.) According to Port historians who work at this level

. . . dramatically reduce the scale of their historical investigation, confining it to a single individual, small community, or seemingly obscure event which is then subject to painstaking microscopic analysis involving an intensive study of the available documentary material.

Such histories usually fall into one of two categories: the ‘episodic’ and the ‘systematic’ (Gregory, 1999: 102). The first type, which tends to take a narrative approach and rely heavily on ‘thick description,’ focuses on a single, spectacular episode or event usually involving one person or a small group of individuals – such as

The other type assiduously reconstructs the complex web of familial and extrafamilial social relations in a small community. Prominent examples include

(Port, 108, formatting is my own in all quotations)

Surely, you are probably thinking, the historian must have primary and secondary sources on which to base any research into subjects like those. Indeed, they do. History from Below is not about subjects for whom we lack sources; it is a history that works with sources for “commoners”, everyday people, as opposed to the “great names” and institutions and parties that we normally turn to to “do history”. Another reference cited by Meggitt is What is Microhistory?: Theory and Practice by S. G. Magnússon and I. M. Szijártó, which contains a chapter on “Refashioning a Famous French Peasant”. It addresses method and sources for a historical inquiry into the sixteenth-century story of Martin Guerre and his wife, Bertrande de Rols. (Martin Guerre went missing and an imposter subsequently appeared to take his place. You know the story if you have seen the film Sommersby.) The sources available to historians on this person and his community are

We have nothing comparable for the study of Jesus or any of his presumed disciples.

Meggitt advises biblical scholars that they should be aware of the problems with this sort of “microhistory”. In principle, that is true. The nature of the evidence will always dictate what questions can be asked in the expectation of useful answers. But one does have to note that there is simply no primary source material of the kinds addressed in the three sources Meggitt cites for “microhistory” or “history from below” that is comparable to sources available for Christian origins and Jesus or any of his disciples. So the advice to be “aware of problems” of using primary sources for a person from the lower classes is misplaced in the context of historical Jesus studies.

For example, given that most human beings in antiquity left no sign of their existence, and the poor as individuals are virtually invisible,106 all we can hope to do is try to establish, in a general sense, the lives that they lived. Why would we expect any non-Christian evidence for the specific existence of someone of the socio-economic status of a figure like Jesus at all? To deny his existence based on the absence of such evidence, even if that were the case, has problematic implications; you may as well deny the existence of pretty much everyone in the ancient world. Indeed, the attempt by mythicists to dismiss the Christian sources could be construed, however unintentionally, as exemplifying what E. P. Thompson called ‘the enormous condescension of posterity’107 in action, functionally seeking to erase a collection of data, extremely rare in the Roman empire, that depicts the lives and interactions of non-elite actors and seems to have originated from them too. 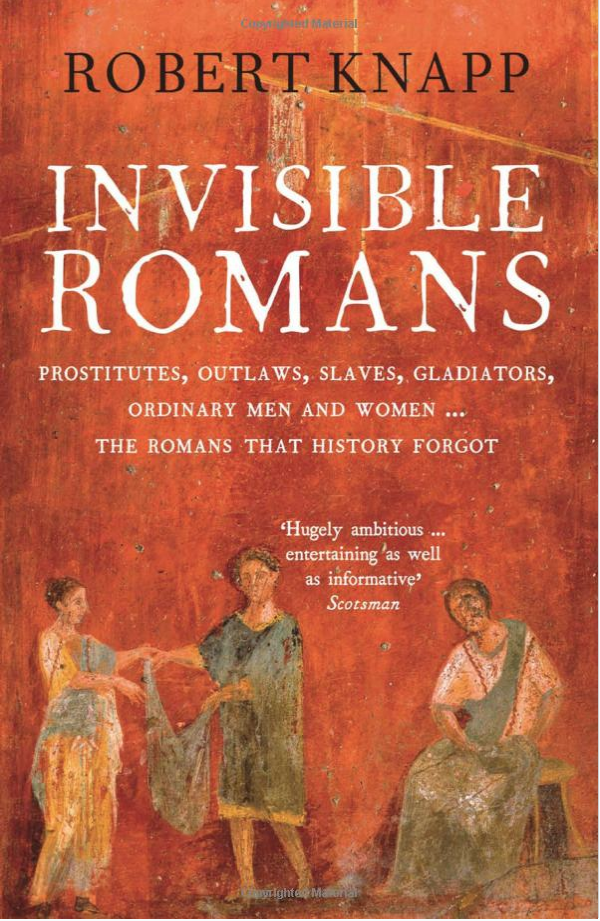 “For example” — that introduction is misplaced as a follow on from a discussion of “microhistory” or “history from below” by Chaturvedi, Magnússon and Port. Those three authors are addressing not “virtually invisible” persons, but persons of whom we have enough primary sources to write serious history even though they were not elites. The preceding paragraph was referring to a type of history includes the bringing to light those “poor as individuals” for whom we do have “signs of their [individual, personal] existence.” Knapp, whom Meggitt now cites at #106, is writing a quite different kind of history. Knapp is not an example of a historian doing the sort of history just described as “microhistory”. Knapp is doing something very different. He is doing another form of “macrohistory”:

I seek to uncover and understand what life was like for the great mass of people who lived in Rome and its empire. . . .

Ancient evidence comes in two types: the one intentionally provided and the other incidentally. The first is generally irrelevant to our purpose, but the second can be crucial. An elite author setting out, for example, to write on the Roman wars of expansion, will sometimes include contextual details and bits of information which, when combined with other evidence, begin to create a picture of ordinary people. The experience of ordinary people has no direct voice in the histories the Romans have left us. Yet sometimes it is possible to garner insights into the lives of the invisible people even where none was intended and to amplify these by deploying perspectives and evidence from a variety of other sources.

That’s very different from a “people’s history” in the sense discussed in the preceding paragraph. Knapp’s history of “ordinary people” (as he calls his demographic target of study) leaves no room whatever for a study of “a single individual, small community, or seemingly obscure event” (Port). As the article stands it appears that Meggitt has confused two quite distinct types of history. This is not a promising start for advancing historical Jesus studies.

So when Meggitt goes on to rhetorically ask

Why would we expect any non-Christian evidence for the specific existence of someone of the socio-economic status of a figure like Jesus at all?

he has already given us the answer but has turned his back on it because he has confused history of masses with micro or people’s history. To do “history from below” on Jesus a “micro-historian” will expect to find, as he or she does for other low-class persons, contemporary evidence preserved by literate classes about a person who was attracting a lot of attention among “the masses”. Literate classes have servants and contact with markets and will learn of any person making a name for themselves. Josephus notes quite a few of them, often with disgust. So do other Roman elites. We know, for example, interesting details about Cicero’s slave, Tiro.

Meggitt’s misguided citations of other historians continue when he suggests mythicists are guilty of the renowned historian E. P. Thompson’s charge of “enormous condescension of posterity”. This is an unfortunate reference because it misreads Thompson’s context and full scope of his work. Here is Thompson’s phrase in the context of the complete sentence: END_OF_DOCUMENT_TOKEN_TO_BE_REPLACED