James Barlow has granted permission for his full argument to be posted here. The best way to summarize his thesis is to quote a section of an email he sent me last year:

I no longer remember when I began this project— sometime between eighteen months and two years ago. But it all began while coming across what Mr Doherty had to say about Asc. Is. back in 2010 when I was a Cathedral Dean in British Columbia. When I read Mr Parvus’ suspicion that this work was a kind of Urgospel I felt vindicated in feeling intuitively that it is indeed what is behind Paul (and not JUST Paul!). For not only is it quoted by Paul at I Cor.2:9 (a solemn fact no one wants to delve into the consequences of, for whatever reason), but it is also referred to (I believe) by Paul in I Cor. 15, there too as Scripture as well. Throw in the impossibility of xi. 2-22 being germane to the original text of the Vision, which is dateable (if quoted by Paul) to before c. 50 c.e. and voila, the case for an ahistorical Jesus being the subject of Paul’s letters is undeniable—once the language of the Vision is scrutinized side by side with that of Paul. — James Barlow, 2019

In the discussion Barlow regularly refers to different manuscript lines of the Asc.Is. Since trying to follow references to E, L1, L2, S, G1, G2, G, Greek Legend, can be daunting for a while, the following simplified table may be of use to readers not familiar with the labels: 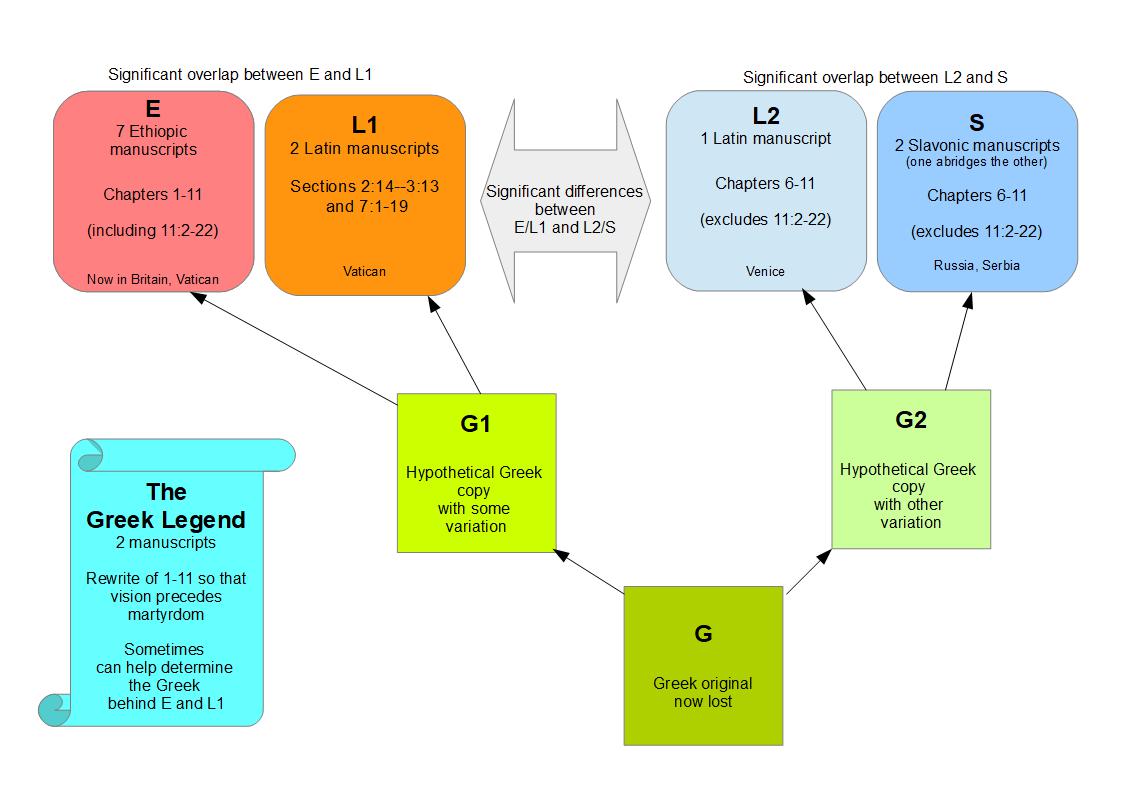 James Barlow’s files (refresh browser if they do not appear) Look for the “Download (PDF…)” link below each of the two popouts.