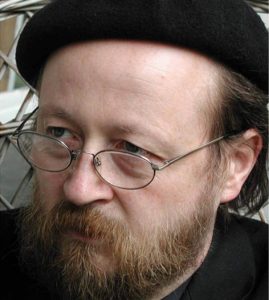 Vridar’s first post on a Hermann Detering work was in February 2007:

The next “mention” of Hermann Detering was subtle. It was hidden as a link in the last sentence — But that leads us to a new set of questions about dates and identities that will have to be addressed another time — of the post When did Peter first see the resurrected Jesus?

A point I made in the main post was supplemented in the comments with further detail.

In January 2012 I included Hermann Detering as a scholar who proposed a different view from the one I was posting:

Couchoud on Acts of the Apostles

In the same month and year we looked at the relationship between Detering, Couchoud’s and Parvus’s views:

A day later we continued the same discussion:

Epistle to the Galatians — Couchoud’s view

Was Jesus “John the Baptist”?

July 2012 Detering was listed as presenting a significant explanation that was ignored by a “hostile witness”:

Reply to Hoffmann’s “On Not Explaining ‘Born of a Woman’”

August 2012, we pointed out a significant point about Marcion’s editions of Paul’s letters that had been pointed out by Hermann Detering:

Is Paul the Beloved Disciple?

I included a Hermann Detering title in an “interesting books” list, November 2012:

A Simonian Origin for Christianity, Part 1

April 2014, Hermann Detering was added to the team of witnesses refuting aspersions cast by Maurice Casey:

June, 2014, I was able to link Hermann Detering’s view of a passage in Romans to an early attempt to refute the Christ Myth theory:

February 2015, an occasion to revise the same point:

Jesus the Seed of David: One More Case for Interpolation

A link to Rene Salm’s translation of a review by Hermann Detering, May 2016

Another link to a translation of Rene Salm’s page of another review by Hermann Detering: June 2016

A few days later another link to Rene Salm’s site in which Hermann Detering argues strongly against Richard Carrier:

October 2017, our first signs of what appears to have been Hermann Detering’s last major work:

Gnostic Interpretation of Exodus and Beginnings of the Joshua/Jesus Cult

August 2018, a commentary by Rene Salm on “The Gnostic Meaning of the Exodus and the Beginning of the Joshua/Jesus Cult” —

September 2018, an updated revision of one of his works:

October 2018 I discovered Hermann Detering along with Parvus and Price had not been alone on a critical point:

Enticed by a great quote & surprised by an unexpected “mythicist”

Later in October 2018, Detering is listed with 12 other witnesses standing against another facile claim:

Response #1 to the Non Sequitur program with Tim O’Neill: MOTIVES

Last mention, November 2018, a month after he died, it appears

Mythicist Papers: Resources for the Study of Christian Origins – Update

And in case you missed it, earlier today:

I corresponded from time to time with him. He once sent me a book and I returned the favour with a token gift. He was always a part of my thinking on any biblical or Christian origin question. And of course through our personal correspondence I often wondered and thought about what he was like, and, from all I could tell, I liked him a lot. I’ll miss him.