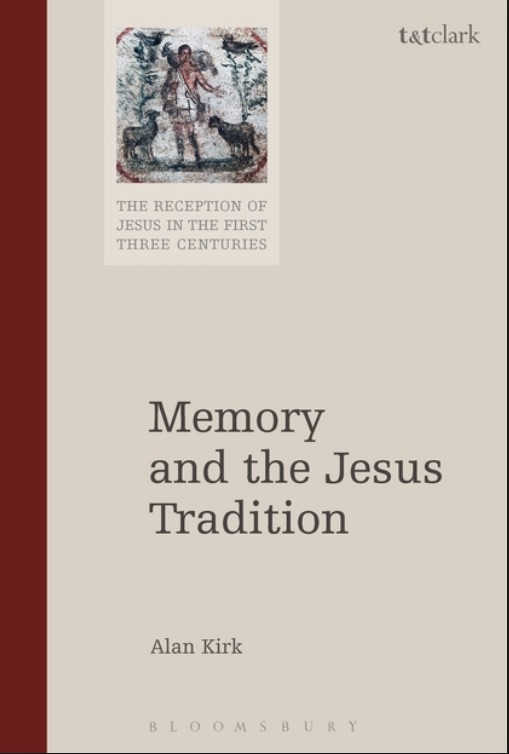 I have begun to read Alan Kirk’s Memory and the Jesus Tradition, a compilation of twelve of his essays published between 2001 and 2016, and have, as usual, found myself making slower progress than I expected. At so many points in just the first few chapters I have had to detour to endnotes and seek out cited works to get a clearer idea of what lies behind many of Kirk’s points and quotations. The parallel readings have been worth it, though. Reading Kirk and the sources to which he alludes in parallel has opened up my understanding memory theory as applied in very practical ways in the social sciences on the one hand, and its theoretical application in Jesus tradition studies on the other. Kirk would disagree that his discussion of memory theory is entirely theoretical and I will address one of his attempts to present real-world applications of his theoretical discussions.

One pleasant surprise I have already experienced so early in my exploration of memory theory studies (in particular from the section in one of Kirk’s references titled “Literature and Cultural Memory” but which Kirk appears to entirely overlook in this collection of essays) is that I have become convinced that memory studies do have a most significant place in the study of early Christianity. Alan Kirk and other historical Jesus scholars attempt to use memory theories to uncover pre-gospel development of the Jesus tradition while I suspect that their most fruitful contribution can be found in exploring how the various gospels themselves helped establish the emerging identities of the early Christianities.

But first, let’s see what Alan Kirk himself, and no doubt with the agreement of the editor he credits for assisting him with putting this book together, Chris Keith, has to say about memory studies in the context of Christian origins:

. . . what was emerging under the aegis of memory analysis was a comprehensive account of the formation of the Jesus tradition and its history, from its origins and continuing on its arc towards canon-formation. . . .

Memory-grounded analysis is able to deliver a coherent account, not only of the tradition’s origins, but also of its history through analysis of how the tradition mediates the salient past into contemporary contexts of reception. Here it intersects with source criticism and redaction criticism. In other words, a memory-based account of the tradition neither displaces standard redaction-critical, tradition-history and source-critical approaches nor does it merely supplement them. Rather, it integrates them into a more comprehensive account of cultural formation and history, providing a kind of unified field theory for various lines of enquiry.

Holocaust survivors, survivors of more recent genocidal attacks in Africa, persons emerging from collective war-time experiences with individual post-traumatic stress syndrome, — it is by the sharing of personal experiences among such persons that meaning is found for what they have experienced as a new kind of “collective memory” is established. A collective narrative, a story that offers some sort of control or meaning, of their experiences, is created through such sharing of memories. Similarly the populations of entire nations that have experienced traumatic times can find a new sense of self or national identity through a collective communication of those experiences in dialogue, in the arts, in literature, in rousing speeches that inject hope and meaning into the raw memories of their devastating experiences. A close relation to the latter scenario is the nineteenth and early twentieth century

Zionist commemoration of ancient Jewish resistance movements such as the Zealots, . . . aimed at legitimating the Zionist political programme as well as promoting activist countermodels for Jewish identity, while its breathtaking (sic) diminution of the exile to a point of virtually no magnitude signified its repudiation of the stereotypically passive, sighing Jew of the Gulat. Zionist memory, in other words, was a matter of the ‘ideological classification of the past’.

I can to some extent understand how “memory studies” work, how “memory” can create or renew personal and collective identities and meanings, when applied to such situations.

If I understand Alan Kirk’s essays correctly (and I have read so far no more than four of the twelve), I believe he is attempting to apply that sort of memory process, or memory re-creation and meaning through social sharing, to groups he imagines to have been early (pre-gospel) bearers of “memories of Jesus” originating with historical encounters with Jesus.

Finally, this approach has obvious relevance for historical Jesus research. Historical Jesus scholarship, not recognizing the extent to which the tradition is the artefact of commemorative processes, often treats the gospels as garden-variety archival materials, for example, regarding them in their relative brevity as very incomplete records preserving just traces of events rather than being symbolically concentrated mediations of the aggregate of events. The model worked out in this chapter raises the question of what sort of historiography is required to deal with tradition – a media-based artefact with a commemorative and representational relationship to historical realities.

But what justifies the application of memory theory to historical Jesus studies?