For the similar quandary on the question of Jesus as the Messiah in Pauline scholarship Reynolds directs readers to a section of Novenson’s Christ Among the Messiahs; coincidentally the section he cites has been set out in an earlier post here: Christ among the Messiahs — Part 1.

Thus, on the question of Jesus as the Messiah, Johannine scholarship finds itself in an interesting place not unlike that of Pauline scholarship. Johannine scholars, since the discovery of the Dead Sea Scrolls, have recognized the Palestinian Jewish nature of the Gospel of John, but by and large, they have understood John’s Christology as a corrected, theologized, or Christianized version of Jewish messianology. Meanwhile, scholarship on Jewish messianism has acknowledged the diversity of early Jewish messianic expectation, but at the same time, the Fourth Gospel is almost never referenced as an example of this expectation. This situation appears counterintuitive, but there may be ways to move beyond the apparent impasse. 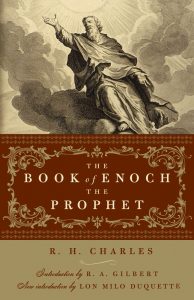 The first instance of a move “beyond the apparent impasse” that Benjamin Reynolds discusses is the argument of Daniel Boyarin. For Boyarin, the “high christology” we find in the Gospel of John is all part of the same set of ideas that had been expressed in the Jewish works of the Parables of Enoch, 4 Ezra 13 (and 2 Baruch). In these Jewish texts we read of a messianic figure who

But let’s read Boyarin’s own words:

The proposal being advanced in this paper is that at least since Daniel and almost surely earlier, there had been a tradition within Israel that saw God as doubled in the form of an old man and a younger human-like figure, sharing the divine throne (or sharing, rather, two equal thrones). Although not necessary for the present argument, my guess is that this doubling of the godhead within much of Israel’s tradition goes back to the original El/Y’ merger. The vision of Daniel 7 . . . represents this tradition . . . .

After introducing the Similitudes of Enoch and 4 Ezra 13 into the discussion as further evidence of this Jewish concept of a “second anthropomorphic divine figure” who is associated with the Messiah, Boyarin is persuaded that such Jewish literature should be seen as the backdrop for the divinity of Jesus:

It is this view of God, given full rein in Enoch, that explains the development of High Christology as fully explicable within Jewish religious history, with the enormous innovation on the part of the Gospels being only the insistence that the divine man is already here as a historical human being and not as a prophecy for the future. Apocalypse now! This provides, in my view, a much more appropriate historical explanatory model than one that depends on visionary experiences of Jesus on the Throne allegedly ungrounded in prior speculation, as per the view of, e.g. Larry Hurtado and others who advance similar views.

Ouch! I have been one of those who has been prepared to accept those “similar views”.

“What Enoch can Teach us About Jesus“*