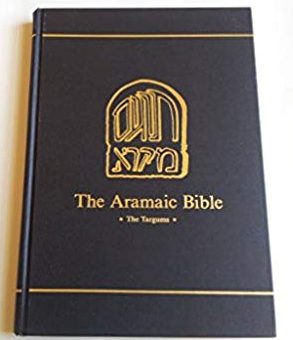 So far we have presented the following seven witnesses to a Jewish, pre-Christian, belief in a Suffering Messiah:

The eighth piece of evidence is the Aramaic translation of Isaiah per the Targum on Isaiah. I quote Jeremias in full.

(θ) The Aramaic translation of Isaiah must be considered here from a chronological point of view, although the Targ. on Isaiah289 in its present form is not older than the fifth century A.D., for the text was fixed much earlier. The history of the oral tradition of translation, the result of which the Targ, represents, goes back to pre-Christian times.290 In particular it can be shown that the messianic exegesis of the servant texts Isa. 42.1 and Isa. 52.13 in the Targ, Isa. is old. Of the nineteen servant passages in the Heb. text (cf. p. 50) only three are messianically interpreted in the Targ, Isa.: 42.1; 43.10; 52.13;291 in all three texts the Heb. עבדי is rendered עבדי משיחא by the Targ.292 Our conclusions so far make it certain that the messianic interpretation of Isa. 42.1 and 52.13 rests upon ancient tradition (cf. pp. 57 ff.).293 The observation that the description of the Messiah as servant of God is to be found only in the pre-rabbinic layer of late Jewish literature (II Esd. [IV Ezra], Syr. Bar., cf. p. 49) but nowhere in rabbinic literature outside the Targ. (cf. p. 50), points to the same conclusion. Above all, the ancient date of the messianic exegesis of Isa. 52.13 in the Targ. is clear from the fact that Targ. Isa. explains the whole context Isa. 52.13-53.12 uniformly in a messianic sense; for the messianic interpretation of 53.1-12 cannot, as we saw (p. 64), have first arisen in the Christian era.

(52.13) ‘Behold my servant, the Messiah, will have success, will become exalted, great and strong.’

(14) ‘As the house of Israel have hoped in him many days when their appearance was overcast in the midst of the peoples and their brightness less than that of the sons of men;’

(53.1) ‘Who hath believed this our message ? and to whom hath the strength of the mighty arm of the Lord thus294 been revealed ?’

(2) ‘And the righteous295 shall be great before him, yea, as sprouting branches and as a tree which sends out its roots beside water brooks, so will the holy generations increase in the land which was in need of him. His appearance is not like that of worldly things and the fear which he inspires is not an ordinary fear, but his brightness will be holy so that all who see him will gaze (fascinated) upon him.’

(3) ‘Then (he) will be despised and will (make to) cease the glory of all kingdoms.296 They will become weak and pitiable—behold, like a man of sorrows and as one destined to ills and as if the shekina had turned its face from us—despised and disregarded’.

(4) ‘Then he will make intercession for our transgressions and for his sake our iniquities shall be forgiven, though we were accounted bruised, smitten by Yahweh and afflicted.’

(6) ‘We were all scattered as sheep, each one had gone his own way into exile; but it was Yahweh’s will to forgive the transgressions of us all for his sake.’

(7) ‘When he prays he receives an answer and hardly does he open his mouth, but he finds a hearing. He will deliver the strong from among the peoples to be slaughtered as a lamb, and as a ewe that is dumb before its shearers, and no one will (dare) to open his mouth and plead.’

(8) ‘He will bring our exiles home from their suffering and chastisement. Who can tell the wonders which will come upon us in his days? For he will remove the dominion298of the peoples from the land of Israel; he will lay to their charge299 the sins of which my people were guilty.’

(9) ‘And he will deliver over to hell the godless and those who have enriched themselves by robbery unto the death of (eternal) destruction, so that they who commit sin may not be preserved and may no longer speak cunningly with their mouth.’

(10) ‘And it pleases Yahweh to refine and purify the remnant of his people in order to cleanse their soul from transgressions. They shall see the kingdom of their Messiah; they will have many sons and daughters;300 they will live long, and those who fulfil the law of Yahweh will by his good pleasure have success.’

(11) ‘From subjugation by the peoples he will deliver their soul; they will see the punishment of them that hate them; they will be satiated by the plunder of their kings. By his wisdom he will acquit the innocent to make many servants of the law. And he will make intercession for their transgressions.’

(12) ‘Hereafter will I apportion to him the plunder of many peoples and he will distribute strong towns as booty, because he surrendered301 himself to death and brought the rebels under the yoke of the law. And he will make intercession for many transgressions and for his sake the rebellious will be forgiven.’

It can be seen how, step by step, in Targ. Isa. 52.13-53.12 is depicted the glorious establishment of the messianic kingdom over Israel. The statements about the passion of the servant have been so radically and consistently removed by artificial contrivances that faint traces remain only in two places.302 Even allowing for the targumic translation technique, the section Targ. Isa. 52.13-53.12 stands out by the unusual freedom of its paraphrase in the context of Targ. Isa. 40-66,303 which elsewhere keeps more closely to the Heb. text. For this violent reinterpretation of the text there is only one possible explanation: we have here a piece of anti-Christian polemic.304 From the second century at the latest, Judaism was concerned in various ways to wrest Isa. 53 from its use by Christians as a christological scriptural text proof (cf. p. 75). The curious form of Isa. 53 in the Targ. shows to what extremes this attempt was carried through. The whole section was indeed messianically explained because the messianic interpretation of Isa. 52.13-53.12 was so firmly rooted that Targ. Isa. could not escape it, but the passages about suffering, in brusque contradiction to the original, are replaced by the current view of the Messiah. The fact that this thoroughgoing process of reinterpretation of Isa. 52.13-53.12 was applied to both the Greek (see pp. 65 ff.) and the Aramaic texts of Isa. 53 shows how firmly rooted in Palestinian Judaism was the messianic exegesis.

I would very much love to locate scholarly publications addressing Jeremias’s presentations, not only for, but especially against the thrust of his interpretation of the evidence. Any reader who can direct me in this quest please do so.

289 Editions: P. de Lagarde, Prophetae Chaldaice, 1872, from the Codex Reuchlini; with apparatus: Stenning, 1949. The section Isa. 52.13-53.12 has been published by G. Dalman in Aramäische Oialektproben2, 1927,10 f. The very meritorious work of Seidelin comes to debatable results because the distinction between the Jewish-Hellenistic and the Jewish-Palestinian exegesis of Isa. 42 and 53 is not recognized and in the evaluation of rabbinic material no distinction is made between allusions to and interpretations of Isa. 53. Besides that, the age of the rabbinic interpretations of Isa. 53.4 has not been realized, and the meaning of the anti-Christian polemic undervalued.

292 Textual uncertainty exists only with regard to Targ. Isa. 42.1. עבדי משיחא is read in the Codex Reuchlini (see n. 289), the Codex Nuremberg (see Stenning, XXIX) and the Wilna edition, 1893. But the Codex Qrientalis, 2211 (British Museum) and others have simply עבדי . Yet the reading עבדי משיחא is supported by the fact that the whole Palestinian tradition — as distinct from the Hellenistic (see pp. 52 f.) — from before the Christian era onwards, interprets Isa. 42.1 ff. messianically (see p. 75).

295 צדיקיא (plural); on the other hand Codex Reuchlini (n. 289, Biblia Hebraica Rabbinica, ed. J. Buxtorf the elder, 1618-19) and the Arab. ed. of the Targ. Jonathan I (1196 a.d. ; see Dalman, 1,48, n. 1) read the singular: צדיקא . The singular is supported by the striking singular of the immediately preceding verb: ויתלבא . It could refer to the Messiah (cf. the messianic explanation of our text by R. Berechiah (circa 340) which seems to have been removed from talmudic literature, n. 313). Probably, however, a collective singular was intended, so that between the better attested plural and the singular reading there is no difference of meaning.

296 The textual question to be discussed here is of great importance. There are two alternative readings, which though hardly distinguishable in writing are, in fact, very different. (1) Codex Orientalis 2211 (British Museum) and the bulk of the MSS., as also the Wilna edition (1893) read: יפסיק Aph’el: ‘he will make to cease’. (2) But Codex Orientalis 1474 (British Museum) reads: יפסוק Qal: ‘it will cease’. Codex Reuchlini יפסלן is ambiguous on account of the missing mater lectionis. The two versions presuppose a different subject; in the first (reading: יפסיק ) the Messiah is the subject and the translation is: ‘Then he (the Messiah) will be despised and will make to cease the glory of all kingdoms’ (for this reading see Wünsche, 41; Humbert, 445, 38,n.1; S-B.,1,482; II, 284; Kittel, 179; Brierre-Narbonne, 99; North, 12). In the second case (reading: יפסוק ) ‘the honour of all kingdoms’ is the subject, and the translation is: ‘As a result the honour of all kingdoms will end and will turn to shame’ (for this reading see Dalman, op. cit. in n. 289, 10, n. 18; Seidelin, 207, 211 f.). Without question the textual evidence points predominantly to the first reading יפסיק) ): the weakly attested second reading ( יפסוק ) stands moreover under the suspicion of wishing to set aside the suffering of the Messiah. Thus in Targ. Isa. 53.3 we have, in all probability, the statement: ‘then will he be despised’, a trace of the idea of messianic suffering.

304 This is generally admitted. Even Dalman, who had tried to escape this conclusion (I, 43-49) was forced to grant it later; G. Dalman, Jesus-Jeshua, 1929, 172. The tendentious overworking is plainly distinguishable against an older version of the text — Hegermann, 116-122. In the following period the Jewish exegesis of Isa. 53 remains understandably determined by the opposition to the Christian interpretation (see Fischel, 66 f.).