Josephus’s portrayal of the general then emperor Titus reminded me of the gospels’ treatment of Pilate:

Just as Josephus portrayed a thug as a saint so the evangelists portrayed another thug, Pilate, as so good natured, so innocent, that those “wicked Judaeans” pressured him into crucifying Jesus against his will. 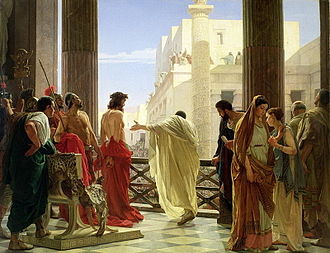 6 thoughts on “How to portray a Roman authority: lessons from both Josephus and the evangelists”