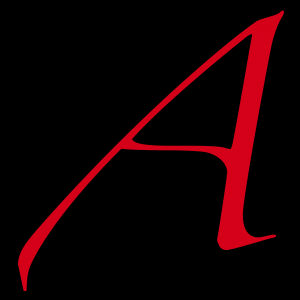 Alternet has posted a useful guide for those too afraid to ask certain questions of atheists, of for those too cock-sure about atheists they don’t believe they need to ask them. It’s by Greta Christina, ‘How Can You Be Moral?’: Here Are 9 Questions You Don’t Need to Ask an Atheist — And Their Answers.

Greta’s point is that certain questions “have insult or bigotry or dehumanization woven into the very asking”. That may be so for many, but her answers are there for the genuinely curious nonetheless.

1: “How can you be moral without believing in God?”

I think that question genuinely perplexes many people who have always been taught and mix with others who never question the idea that God is the source of morality.

2: “How do you have any meaning in your life?” Sometimes asked as, “Don’t you feel sad or hopeless?” Or even, “If you don’t believe in God or heaven, why don’t you just kill yourself?”

Oh, that one, especially, genuinely perplexes many believers.

3: “Doesn’t it take just as much/even more faith to be an atheist as it does to be a believer?”

Now those two questions do bug me just a little as per Greta’s larger point. Just a moment’s half-attentive thought should alert one that they are silly questions.

5: “What’s the point of atheist groups? How can you have a community and a movement for something you don’t believe in?”

There I do feel myself parting ways with Greta’s thought. Greta’s answer:

The answer: Atheists have groups and communities and movements for the same reasons anyone does. Remember what I said about atheists being human? Humans are social animals. We like to spend time with other people who share our interests and values. We like to work with other people on goals we have in common.

That’s where I have a problem. I don’t see atheism as a “shared interest and value”. Atheism isn’t a value. And not believing in god/s doesn’t strike me as enough of an interest to serve as a basis for companionship. I know too many atheists whom I consider to be total jerks. Perhaps coincidentally they also seem to be the ones who like to shout loudest to everyone that, “Hey, I’m An Atheist!” as if that’s a big deal.

What’s more, when atheists come out about our atheism, many of us lose our friends and families and communities, or have strained and painful relationships with them. Atheists create communities so we can be honest about who we are and what we think, and still not be alone.

That’s not an experience I can relate to. I have not lost friends of family because of my atheism. Maybe it’s an American thing. I don’t think many Australians think it’s a point worth making any fuss over. I think at some time when a situation called for it I did mention to one of my family that I’m an atheist, but I don’t think it really sank in, because years later they still talk with me without any apparent awareness of the fact. I don’t go out of my way to argue with a family member who speaks of one of us now being in heaven. Such a discussion hardly seems appropriate at times when such thoughts are expressed.

Now that question does strike me as being obnoxiously ignorant and bigoted.

7: “But have you [read the Bible or some other holy book; heard about some supposed miracle; heard my story about my personal religious experience]?”

Anyone who asks that level of question I would consider to have been totally sheltered within a religious life and simply ignorant of the world outside.

The question of a moral coward.

We are? Only with bigots and ignoramuses who think such a question is valid, maybe. (Though maybe some obnoxious atheist groups are — though I am sure there must be some good people even in some of those online forums, too, if I must follow the inspiring words of some leader.)

11 thoughts on “9 Questions Asked of Atheists”