We move on now to Henaut’s discussion of another landmark scholar in the field of oral vis à vis textual gospel studies, Werner Kelber. Kelber raised serious questions about the models that had been proposed by Bultmann and Gerhardsson who were discussed in the earlier posts. (Bultmann and Gerhardsson had argued that sayings of Jesus had a particular Sitz im Leben (each saying had its own particular social setting) and that communities were repositories of oral traditions and safeguarding their long-term consistency.

Distinguishing the Oral and Written Media 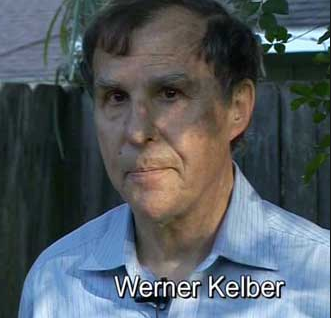 Kelber stressed the quite different nature of oral communication from written. A speaker directly addressing an audience is influenced by the audience in how he presents his information. Not only must he (presuming “he” in this context) rely upon formulaic speech and mnemonics to assist with recall, but the dynamics with the audience will influence the content of what is spoken as well as how it is elaborated or minimized or otherwise presented.

(One question I have when I read such studies is why we seem to assume a “formulaic” transmission. I would not be surprised to learn that there is a very good reason for this but I have not come across it yet. If anyone does know I’d appreciate being filled in.)

What is transmitted orally ‘is never all the information available, but only the kind of data that are orally pliable and retrievable. What lives on in memory, moreover, is what is necessary for present life‘. (p. 54, quoting Kelber)

The dynamics between speaker and hearer, the “social identification” between the two, will have a distinct influence on what is said and the way it comes across. I know when I pass on a story of an experience to others and think I have mentioned everything, I will often subsequently, in another context, recall other aspects that never surfaced in the original situation.

And most importantly, events that have no meaning for the present have no place in the present. They are forgotten. Henaut (or Kelber) here appeals to oral historian Jan Vansina.

Oral transmission acquires its own style for ease of recall and for ensuring audiences register key points. The audiences can’t turn back pages to check up again on something that was said earlier. Speakers thus include repetition in their presentation. Or action will be recapitulated before moving on.

But that does not mean that when we see repetition in a written text that we are reading something that came from an oral report. We have in Mark the three Passion predictions of Jesus and in Acts the three accounts of Paul’s conversion. But such repetition in a written text can be best explained through literary and theological motives, not as carry-overs from oral transmission.

Kelber held that while oral and written communications were different, it was still possible to recover oral forms from written texts. The oral patterns of speech, he believed, remained preserved in the written texts:

Kelber believes that the synoptic tradition linguistically ‘is stamped with the hallmarks of oral patterning’. (p. 56)

Drawing upon G. Theissen’s sociological analysis of the Gospel material Kelber alleged that the earliest followers of Jesus were wandering charismatic prophets dotting the rural landscape and proclaiming their message orally. It is easy to imagine they were following the manner of their teacher, Jesus himself.

What evidence was adduced for this scenario? The exhibits include passages like these . . .

And Jesus answered and said, Verily I say unto you, There is no man that hath left house, or brethren, or sisters, or father, or mother, or wife, or children, or lands, for my sake, and the gospel’s,

But he shall receive an hundredfold now in this time, houses, and brethren, and sisters, and mothers, and children, and lands, with persecutions; and in the world to come eternal life.

For what shall it profit a man, if he shall gain the whole world, and lose his own soul?

Or what shall a man give in exchange for his soul?

Whosoever therefore shall be ashamed of me and of my words in this adulterous and sinful generation; of him also shall the Son of man be ashamed, when he cometh in the glory of his Father with the holy angels.

Q 9:58 (Q is the label scholars assign to material that the Gospels Matthew and Luke have in common independently of Mark. It is widely understood to have been a written source, now lost, for Matthew and Luke. The chapter and verse numbers are taken from Luke.)

And Jesus said unto him, Foxes have holes, and birds of the air have nests; but the Son of man hath not where to lay his head.

The message here is to forsake home and possessions. Conclusion:

These sayings demonstrate that the tradition was carried by homeless and itinerant charismatics who considered themselves the loyal followers of Jesus. They adopted Jesus’ vagrant mode of life and sayings that supported such a life. (p. 56)

That’s the first point. Next, notice what Kelber argues each of these wandering preachers did with the message they were preaching. . . .

Kelber argued that each speaker imposed his own stamp on material to help remember and communicate it: mnemonic formulae, rhythmic patterns, alliteration, contrasts and antitheses, parallelisms, clichés, and more. Such configurations also render the words easily adaptable for changing needs and improvised performances.

So the messenger adapted the message.

Individuals had some influence on the message that reached their various audiences. They might vary the message by changing the order of stock motifs to adapt to shifting needs of different audiences.

Therefore there was no “original form” of saying to be found by the time any of these reached the authors of the gospels. Each performance is a unique event and just as valid as any other. The idea that one particular expression was “the original” one became meaningless. There never was a fixed text or fixed form of saying. Oral historian Vansina confirms this: ‘public likes to hear known tales in new garb‘.

I recall something from Richard Horsley that I wrote in a recent post, the one about the one-liner Jesus, at this point. Mnemonics, the need for rhythm etc as aids to recall, apply to lengthy speeches or epic narratives. But that’s not what we find in the gospels. We have snippets, proverbs, short sayings — not the sorts of units that one would think would require a lot of rhythm or alliteration and such to keep them in memory. But I’m interrupting Henaut’s flow of thought here.

Henaut draws upon the research of oral historian Jan Vansina to question Kelber’s model of oral transmission. Kelber’s idea of transmission, he says, is “a romanticized view”. It imagines an observer (eyewitness) creating an initial message. A second party hears it and passes it on to others and one of these then forwards it to the next audience. The message is passed on from person to person until it is written down.

But most oral tradition is not like that at all. It is much messier, being conveyed by many people to many other people. Some hear a report several times; they are likely to fuse different elements from each telling into a single story of their own. Vansina points out (Oral Tradition as History, p. 161) that when it comes to traditions it becomes messier still in community contexts, since additional inputs and variations are often being shared, passed on or retold. The original performer may even become a later listener. Sayings can change rapidly.

Moreover, the above exhibits presented as evidence that the original sources of the oral traditions were wandering charismatics do not necessarily point to Kelber’s conclusion at all. An author of a literary text does not have to rely upon a homeless person’s message in order to write a message exhorting readers to be willing to leave homes. Richard Horsley is also quoted here by Henaut:

The ‘constructive conclusions’ that the apostles and others were wandering charismatics . . . are largely arguments from silence (or rather ‘absence’) or arguments by analogy with apostles such as Barnabas and Paul, who operated outside Palestine. There is apparently no direct ‘information’ to confirm his inferences by analogy.(p. 59, citing Horsley, Sociology of the Jesus Movement)

Counter-evidence? Henaut footnotes the following as illustrations of biblical texts addressing wandering strangers — evidence of what is surely the obvious point that a writer can originate sayings about leaving homes without having to rely upon a source that is itself derived from a homeless person.

And he said unto Abram, Know of a surety that thy seed shall be a stranger in a land that is not theirs, and shall serve them; and they shall afflict them four hundred years

I am a stranger and a sojourner with you: give me a possession of a buryingplace with you, that I may bury my dead out of my sight.

And she bare him a son, and he called his name Gershom: for he said, I have been a stranger in a strange land.

But the seventh day is the sabbath of the Lord thy God: in it thou shalt not do any work, thou, nor thy son, nor thy daughter, thy manservant, nor thy maidservant, nor thy cattle, nor thy stranger that is within thy gates

Also thou shalt not oppress a stranger: for ye know the heart of a stranger, seeing ye were strangers in the land of Egypt.

And thou shalt not glean thy vineyard, neither shalt thou gather every grape of thy vineyard; thou shalt leave them for the poor and stranger: I am the Lord your God.

And when ye reap the harvest of your land, thou shalt not make clean riddance of the corners of thy field when thou reapest, neither shalt thou gather any gleaning of thy harvest: thou shalt leave them unto the poor, and to the stranger: I am the Lord your God.

Ye shall have one manner of law, as well for the stranger, as for one of your own country: for I am the Lord your God.