Richard Horsley has produced a couple of books I have found far more enlightening than his earlier work on bandits and prophets in first-century Judea. One of these is Scribes, Visionaries and the Politics of Second Temple Judea from 2007; the other, The Prophet Jesus and the Renewal of Israel, 2012. One of several points that has hit me already from these two works is a deeper appreciation of the literary way the Gospels convey the sayings of Jesus.

Take the Sermon on the Mount. I think we all know that Jesus could not really have stood up and pronounced a long list of aphorisms the way Matthew depicts. So we hear the more learned ones explaining to us that Matthew was recording a summary of the sorts of things Jesus often said.

But stop and think for a minute. Aren’t the evangelists (authors of the gospels) supposed to be writing something akin to a history or biography? And weren’t ancient historians known for the way they would construct speeches they believed were “true to life” or “appropriate” or “realistic” in the mouth of certain historical characters? But that’s not what we read in the gospels when it comes to the speeches of Jesus. Matthew’s Sermon on the Mount and Luke’s Sermon on the Plain are anything but reconstructed “speeches”.

Rather, they read like a chapter or so from the Book of Proverbs. Not like speeches. Jesus is not “preaching” about forgiveness and an appropriate speech is not constructed for any such message. Jesus simply delivers a proverb or saying or edict, brief enough to be remembered and recorded in a list of one-liners. It’s not unlike the way he is portrayed as speaking in the Gospel of Thomas when he drops line after line of mystery saying.

The evangelists — at least the Synoptic ones (Matthew, Mark and Luke) — are not even trying to reconstruct speeches of Jesus.

They are writing a set of one-liner sayings.

Okay, but what is the problem with this? Horsley puts his finger on it exactly:

Focus on individual sayings . . . tends to reify them as statements or principles or precious nuggets of wisdom abstracted from the contingencies of historical life. Tellingly, standard study of the historical Jesus is specially concerned about the transmission of particular sayings, as if they were precious objects being “handed (down)” from one person to another. The resulting picture of Jesus is as a revealer who, unengaged with concrete historical life, utters one-liners. To have become a historically significant figure, Jesus must have communicated with people, particularly his followers. But it is difficult to imagine that anyone could communicate merely in individual sayings. (p.2, Kindle version, my bolding)

Here it is again, this time perhaps more direct:

Jesus (or anyone else), however, could not have communicated by means of individual “sayings,” which are later abstractions from speeches or “pronouncement” stories, etc., and hence cannot be the sources for the historical Jesus.(p. 153)

It is really beyond anyone’s ability to uncover actual words spoken by Jesus.

What this leaves us with is a requirement to appreciate the gospels as literary wholes. I think if we read a list of sayings as in the Sermon on the Mount what we are reading is a literary presentation of Jesus as a teacher of wisdom (like Solomon) or edicts (like Moses).

Even if we read a one-liner isolated from other sayings, as when Jesus blesses those who leave all their goods to follow him (Mark 10:29-31) we are still reading a proverb-mouthpiece in a narrative context. We are hardly reading the words of someone who was able to eloquently persuade people to leave all and follow him.

Who knows if such sayings are indeed summaries of various ideas expressed by such a Jesus? I’m not suggesting that an appreciation for the implications of the one-liner Jesus we read of in the gospels means these sorts of things were not said by the real Jesus. But as Horsley says, no-one could engage with people or command a dedicated following by talking like that. And if he did not talk like that, then it is pointless to ask if such gospels sayings were really spoken by Jesus.

The sources of the sayings put into Jesus’ mouth are another question. 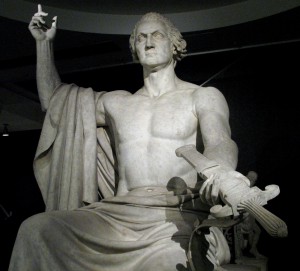 19 thoughts on “The One-Liner Jesus”