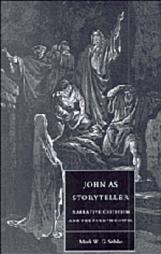 Since I began this new series I have found another who takes a similar perspective. Frank Zindler writes: END_OF_DOCUMENT_TOKEN_TO_BE_REPLACED