I’m no longer desirous of defending myself, Sam Harris, Richard Dawkins, or other public atheists against the charge of “Islamophobia.” It’s been widespread on the Internet these past two weeks, but I’ve ignored it. In the end, I’ve concluded that those charges come from borderline racists themselves: people who think that bad ideas, threats of violence, or religious oppression should be ignored, but only when they come from people with brown or yellow skin. — Jerry Coyne fantasizing over what he wishes the source of the ‘Islamophobia’ charge to be. A little effort and he could have learned the facts but, like anything associated with Muslims, he appears much more comfortable rolling around in one-sided media bytes and ignorance.

This post explains the real origins — and meaning — of the word. Scholarly authority on Islam, John Esposito, almost gets it right with the following passage in The Future of Islam (the same source that was the basis of my previous post; formatting and bolding emphasis are mine): 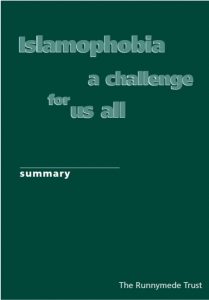 “Islamophobia” is a new term for a now widespread phenomenon. We are all very familiar with “anti-Semitism” or “racism,” but there was no comparable term to describe the hostility, prejudice, and discrimination directed toward Islam and the 1.5 billion Muslims in the world.

In 1997, an independent think tank on ethnicity and cultural diversity, the Runnymede Trust, coined the term “Islamophobia” to describe what they saw as a prejudice rooted in the “different” physical appearance of Muslims as well as an intolerance of their religious and cultural beliefs.

Origin of the word

Before I comment on the above (as I said, John Esposito only “almost gets it right”), let’s continue with another prominent user of the term and ask how well Jerry Coyne’s fantasy coincides with reality:

Like other forms of group prejudice, it thrives on ignorance and fear of the unknown, which is spreading throughout much of the non-Muslim world. At a 2004 UN conference, “Confronting Islamophobia: Education for Tolerance and Understanding,” Kofi Annan addressed the international scope of the problem: 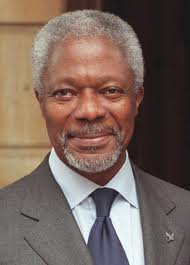 When the world is compelled to coin a new term to take account of increasingly widespread bigotry — that is a sad and troubling development. Such is the case with “Islamophobia.” . . . There is a need to unlearn stereotypes that have become so entrenched in so many minds and so much of the media. Islam is often seen as a monolith . . . [and] Muslims as opposed to the West. . . . The pressures of living together with people of different cultures and different beliefs from one’s own are real. . . . But that cannot justify demonization, or the deliberate use of fear for political purposes. That only deepens the spiral of suspicion and alienation.

The literature of the Runnymede Trust itself is not so willing to claim originality for the term, however. In the 1997 report to which Esposito refers, there is a Foreword by Chair of the Commission, Professor Gordon Conway. There Conway explains: END_OF_DOCUMENT_TOKEN_TO_BE_REPLACED