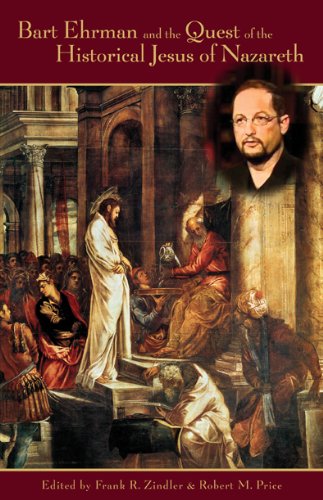 The review levels five charges against Bart Ehrman and the Quest of the Historical Jesus of Nazareth:

I’ll address these in reverse order.

I was shocked to read this and feared that Frank Zindler may have overstepped the mark when I read this accusation. So I was particularly keen to read carefully how Frank does introduce these email exchanges with Bart Ehrman. I was greatly relieved to learn that Tom Verenna’s aspersions were entirely misplaced. Here’s what I found. Frank attaches the following note at the point of publishing the first email response from Bart Ehrman:

I thank Professor Ehrman for graciously having granted me permission to reprint here his messages, provided only that I “acknowledge that they were emails, not written intended for publication.”

I do wonder, however, about the ethics of publishing an image of a personal message from Frank to the reviewer. Did T.V. seek F.Z’s permission for this?