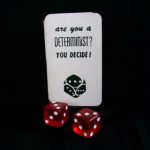 That’s the opener. The conclusion . . . . END_OF_DOCUMENT_TOKEN_TO_BE_REPLACED