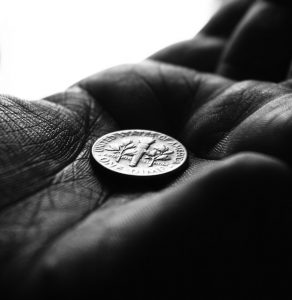 Soon there will be a new button on the blog giving anyone so inclined to offer a small donation for the maintenance of this site. When we were on WordPress.com we learned that we were vulnerable to malicious DMCA complaints that could result in a third party shutting us down. Since then we have found our independence but at some cost.

In the grand scheme of things, the cost is not monumental but neither of us belongs to the affluent class, and the costs do add up. Just a couple of bucks here and there would help more than you know.

If by any chance we happen to collect a little more than we need, we might be able to use that excess to buy resources that we believe readers would be interested in reading about.

Best to all and thanks for reading Vridar,

P.S. We still refuse to take on advertisers, and we will never publish astroturf reviews.

Catching up with blogs I found myself wanting to comment on one a couple of weeks old, Cognitive Science, Memory, Oral Tradition, and Biblical Studies but don’t have access to the comments there. The misunderstanding wearyingly continues and repeats . . . .

I was surprised by [Hector Avalos’s] suggestion that memory is meaningless if we cannot check it against “the original.” That misses the whole point, in my opinion, which is precisely that historians do not have access to an uninterpreted and undistorted “original.” Whether the person writes about themselves or is written about by others, memory plays a role in selecting, interpreting, and distorting.

Point one: Avalos did not say that memory needs to be checked against an uninterpreted and undistorted original. For a start, it is impossible to perceive and comprehend anything without interpretation. So the author of this post (let’s keep it impersonal) has missed the point Avalos was making by setting up a pseudo-contradiction.

The whole point: Unless there is some sort of original (an original that we, as observers, can see through our interpreting and distorting craniums, and an original that was itself documented by interpreting and distorting sculptors or scribes) then we have to ask how we can know if what we are encountering is indeed a memory (distorting and interpreting anew as it may be) of anything past at all, or if it is a fantasy, a “memory” that we like to think is about something that happened but in fact may really be about an event fabricated from whole-cloth.

I know biblical scholars say they have the tools of criteriology (e.g. criterion of embarrassment) to determine if a “memory” is a “real memory” of some past event, however distorted and reinterpreted it may be. But my reading of ancient historians indicates to me that biblical scholars stand alone with that tool-kit.

(Yes, some “memory theorists” in biblical studies do not allow for the use of those criteria, but those scholars have even less methodological justification for deciding whether or not a narrative is indeed a “memory” as distinct from a literary composition without any “oral-tradition heritage”.)

The end of the post links to articles published in science journals that supposedly support the blog author’s perspective, but they don’t. Example: in New Scientist is an article, Edge of Memory: Distrusting oral tradition may make us more ignorant. It’s about aboriginal oral traditions that may (i.e. may) be relating the events of rapidly rising sea levels thousands of years ago. We posted about it some years ago here. Now on what grounds do the anthropologists suspect that certain stories told by the Australian Aboriginals may be passing on genuine memories? Through criteria such as “multiple attestation” or “embarrassment”? No. By checking the stories against “the original”. We have geological evidence of the rapid rise of sea levels. Yes, and that evidence, the data, is made meaningful to us for particular purposes through “interpretation”. We don’t have a perfectly clear vision of exactly what happened in all detail so our interpretation of the data in some sense will “distort” the event, but we have enough information to be able to speak of “an original”.

And it is because we can check stories against an “original” that we can infer they can be traced back to that “original event” and are not as totally fabricated as, say, other myths like a frog swallowing up all the water in surrounding lakes and rivers or a human turning into a bird.

But I have written about this so often now. Apologies for the repetition. Perhaps someone might like to try to spread the word so the fallacy does not repeat so often on other blogsites.

Yes, there are indeed times when all we have is a report that is removed from the time and place of “an original”. On whether to trust some aspect of such a report brings us to the need to make a judgment that is based on the provenance of the report and its record (or its provenance’s record) of proven (tested) reliability in other matters.