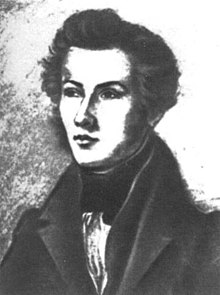 Albert Schweitzer addressed the critical views of Bruno Bauer in some depth. I have selected only a few details to quote. I have omitted the far more extensive discussion of Bauer’s insights into the reasons Jesus’ messiahship could not have been acknowledged even by his followers, let alone anyone else in the early first century; his analysis of the sayings of Jesus and why these cannot have been historical; and more. I have pulled out only those details that point directly to certain sayings and actions of Jesus being constructed out of the life of the church.

It is only when we understand the words of Jesus as embodying experiences of the community that their deeper sense becomes clear and what would otherwise seem offensive disappears. The saying ‘Let the dead bury their dead’ is amazing on the lips of Jesus, and had he been a true man, it could never have entered into his mind to create a collision of such abstract cruelty, So here again, the obvious conclusion is that the saying originated in the community, and was intended to inculcate renunciation of a world which was felt to belong to the kingdom of the dead, and to illustrate this by an extreme example.

The sending out of the Twelve, too, is simply inconceivable as a historical occurrence. It would have been different had Jesus given them a teaching, a symbol, a view to take with them as their message. But how badly the charge to the Twelve fulfils its purpose as a discourse of instruction! The disciples are not told what they needed to hear, namely, what and how they were to teach. The discourse which Matthew has composed, working on the basis of Luke, implies quite a different set of circumstances. It is concerned with the community’s struggles with the world and the sufferings that it must endure. This is the explanation of the references to suffering which constantly recur in the discourses of Jesus, in spite of the fact that his disciples were not enduring any sufferings, and that the evangelist cannot even make it conceivable as a possibility that those before whose eyes Jesus holds up the way of the cross could ever get into such a position. The Twelve, at any rate, experience no sufferings during their mission, and if they were merely being sent by Jesus into the surrounding districts, they were not very likely to meet with kings and rulers there.

That this is invented history is also shown by the fact that the evangelists say nothing about the doings of the disciples, who seem to come back again immediately, though to prevent this from being too apparent the earliest evangelist inserts at this point the story of the execution of the Baptist.

. . . . The charge to the Twelve is not instruction. What Jesus there sets before the disciples they could not at that time have understood, and the promises which he makes to them were not appropriate to their circumstances. . . . .

The eschatological discourses are not history, but are merely an expansion of those explanations of the sufferings of the church of which we have had a previous example in the charge to the Twelve. An evangelist who wrote before the destruction of Jerusalem would have referred to the temple, to Jerusalem, and to the Jewish people, in a very different way.

The treachery of Judas, as described in the Gospels, is inexplicable.

The Lord’s supper, considered as an historic scene, is revolting and inconceiv- able. Jesus can no more have instituted it than he can have uttered the saying ‘Let the dead bury their dead.’ In both cases the offence arises from the fact that a conviction of the community has been cast into the form of a historical saying of Jesus. A man who was present in person, corporeally present, could not entertain the idea of offering others his flesh and blood to eat. To demand from others that while he was actually present they should imagine the bread and wine which they were eating to be his body and blood would have been quite impossible for a real person. It was only later, when Jesus’ actual bodily presence had been removed and the Christian community had existed for some time, that such a conception as is expressed in that formula could have arisen. A point which clearly betrays the later composition of the narrative is that the Lord does not turn to the disciples sitting with him at table and say, ‘This is my blood which will be shed for you,’ but, since the words were invented by the early church, speaks of the ‘many’ for whom he gives himself. The only historical fact is that the Jewish Passover was gradually transformed by the Christian community into a feast which had reference to Jesus.

You may have heard similar explanations for details of the life and sayings of Jesus among more modern theologians. Yet Bauer was making these observations 180 years ago. Are modern critics building on Bauer’s work? Unfortunately, Schweitzer informs us, no. From page 142:

Unfortunately, by the independent, the too loftily independent way in which he developed his ideas, he destroyed the possibility of their influencing contemporary theology. The shaft which he had driven into the mountain collapsed behind him, so that it needed the work of a whole generation to lay bare once more the veins of ore which he had struck. His contemporaries could not suspect that the abnormality of his solutions was due to the intensity with which he had grasped the problems as problems . . . . Thus for his contemporaries he was a mere eccentric.

(I have not read the relevant works of Bauer. I am relying entirely on Schweitzer’s presentation.)