Yesterday I found myself watching videos of the testimonies of Dr Betty Ford and Brett Kavanaugh. I went out of the way to seek those videos out after seeing in my rss feeds totally opposite interpretations of each. One side said that Kavenaugh, for example, just oozed sincerity and honesty and had deservedly secured his appointment on the Supreme Court; the other side claimed that his presentation was viscerally insincere and false and that he had lost any chance of being honestly appointed a Supreme Court judge. Wow, now that’s polarization!

After comparing the two for myself I remembered an interesting book that addresses the language of lying and honesty (among other functions of language),

Pennebaker, James W. 2013. The Secret Life of Pronouns: What Our Words Say About Us. New York: Bloomsbury Press.

Pennebaker does not claim that those indicators are foolproof lie detectors but the follow up test analysis found them able to accurately classify 74% of the narratives.

Other tests included both a mock crime setup where participants were required to protest their innocence under cross examination and a far more laborious process of examining court transcripts of witness testimonies. A strong finding in the latter was the preponderance of I-words among those who were exonerated compared with substantially higher uses of third-person pronouns. The latter were indicators of attempting to shift the blame away from oneself and on to others. The honest accounts again used “bigger words, described events in greater detail, and evidenced more complex thinking.” Computer analysis of the language again correctly classified 76% of the cases.

Recall the lies used to justify the invasion of Iraq. Pennebaker zeroes in on one particular response by Vice President Cheney to a reporter’s (Wolf Blitzer) question. The highlighted words were identified by the Center for Public Integrity as truthful.

This is a man of great evil, as the president said. And he is actively pursuing nuclear weapons at this time, and we think that’s cause for concern for us and for everybody in the region. And I found during the course of my travels that it is indeed a problem of great concern for our friends out there as well too.

Computer text analyses comparing the truthful with the deceptive statements resulted in findings comparable to the others reported. Truthful statements were associated with higher rates of I-words. In addition, they were more nuanced, focused on more detail, and tended to be associated with fewer emotions. The above quotation is a good example of these differences. In the truthful section, Cheney is more detailed in his information, uses more complex sentences, and uses I-words.

Passive constructions: “Mistakes were made.” In a delightful book on misinformation, Mistakes Were Made (But Not By Me), Carol Tavris and Elliot Aronson examine how people frequently avoid responsibility through ingenious linguistic maneuvers. For example, historians are in general agreement that Secretary of State Henry Kissinger frequently deceived the American people about the direction and scope of the Vietnam War during the 1970s. Years later, in an interview, Tavris and Aronson quote Kissinger as saying, “Mistakes were quite possibly made by the administrations in which I served.” Note his wording. Obviously, Kissinger didn’t make any mistakes. Rather, someone probably did.

Avoiding answering a question. In the mock-crime experiment where students were asked to “steal” a dollar, we asked each person point-blank: “Did you steal the dollar that was in the book?” People who actually did take the money said things such as:

I don’t believe in stealing. I have a problem with it. I did it once a long time ago; I was … younger. I really didn’t like the feeling of knowing they’re going to catch me. I just, you know, especially you said for a dollar? I wouldn’t have taken it.

Why would I? I would never even think to look in the book to look for a dollar. I was just writing in my journal for my freshman seminar.

The most common response of people who were telling the truth was “No, I didn’t take your dollar.” Unlike the liars, the truth-tellers answered the question directly without any embellishment. As these examples attest, when someone doesn’t directly answer your question, there is a good chance they are hiding something no matter how earnest they may sound.

Toward the end of his term, President Bill Clinton was being hounded by the press concerning rumors of sexual misconduct with a White House aide, Monica Lewinsky. In a January 26, 1998, press conference, Clinton announced:

I’m going to say this again: I did not have sexual relations with that woman, Miss Lewinsky.

A naïve human being would think that the president did not have sex with Lewinsky. Actually, the statement he said is true: “I’m going to say this again …” In fact, it is technically correct. He was saying it again. OK, so he later admitted that he had had sexual relations with “that woman” but in the press conference, he was not officially lying.

One of the great baseball pitchers of all time, Roger Clemens, was accused by former teammates of taking performance-enhancing drugs during his baseball career. In a press conference several months before later admitting that he had, in fact, taken drugs, Clemens said:

I want to state clearly and without qualification: I did not take steroids, human growth hormone or any other banned substances at any time in my baseball career or, in fact, my entire life …

There again, you can see that Mr. Clemens was technically honest. He did, in fact, state clearly and without qualification. What he stated was a lie but it was truthfully a statement.

There you have it. You need never be fooled by a liar again, at least around 76% of the time if you are as clever as a computer.

Now, let’s have another look at those Ford and Kavanaugh testimonies . . . . 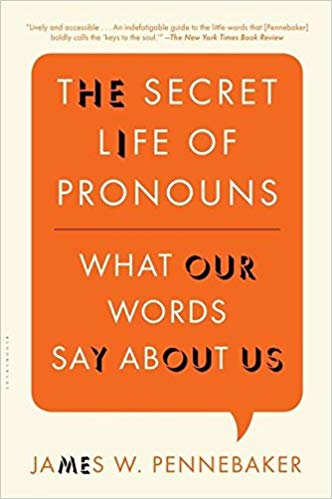