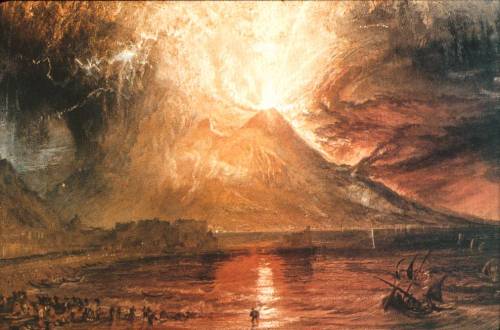 ….. in particular his rebuttal to the “argument from silence”, which claims that Jesus should have been mentioned in many historical sources if he had existed, but he isn’t, so he didn’t. Most telling was his listing of the feeble number of brief mentions of the eruption of Mt Vesuvius in classical records — if the Romans didn’t leave us many documents of this colossal disaster in their backyard, why should we expect them to have mentioned some minor Jewish preacher off in some provincial backwater? He also points out how rare it was for any writings to have survived from 2000 years ago, which lit up a lightbulb floating above my head.

This is exactly the same as the common creationist argument that if evolution were true, we ought to be neck deep in tyrannosaur and stegosaur and diplodocid bones, and because the fossil record is so spotty and incomplete, evolution is false. Never mind that taphonomy shows that finding the bones of a dead animal surviving for even a decade is rare and requires unusual conditions.

It turned out that PZ had unfortunately misread Tim’s point and Tim, even though he joined the commenters at the end of PZ’s post, failed to correct PZ’s misconception. In fact Tim lists five surviving ancient references to the eruption of Vesuvius in 79 CE. What he claims to be the significant silences for his argument is the failure in the ancient record to mention the names of the two major urban areas (Pompeii and Herculaneum) destroyed by the eruption. If those towns were not major political and cultural icons in the ancient world then I would suggest that the failure to find accounts of their burial mentioning them by name is not particularly surprising. It would, indeed, have been surprising if we lacked some reference to the eruption of Vesuvius itself.

A quick reading of Tim’s essay has led to the impression that if the ancient records failed to leave us a trace of such a major event as the eruption of Vesuvius then how much less likely is it that we should find a reference to an obscure preacher, Jesus, in Galilee. That is not the actual argument of Tim, however, so that rhetorical point about the particular argument from silence regarding Jesus does fail.

But the question that does arise is an important one.

What sorts of things did people write in documents, books, etc? Who or what institutions had an interest in preserving what sorts of documents, records, literature, etc?

No doubt chance plays its part. But it is a mistake to assume that what has survived has done so entirely by chance. As with dinosaur fossils, special conditions, not merely chance alone, account for the preservation of some and not others.