Skip to content
Why for that matter do people gather in a special building, listen to accounts of a long-past torture-session and pretend to eat the flesh of a god? (Boyer, p. 262) 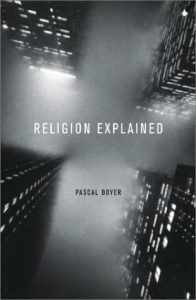 But Eddie did come very close to what is actually the defining trait of the ritual when he spoke of obsessive interest. END_OF_DOCUMENT_TOKEN_TO_BE_REPLACED