I don’t know what lies ahead but a study of Iran and its Revolutionary Guard (IRGC) by a Senior Analyst at the Center for Strategic Studies at CNA leads me to think that Western voices urging diplomatic support for the moderate political forces in Iran (as opposed to funding terrorist attacks or dropping bombs and missiles on the country) have the wisdom of history on their side.

After 9/11 there was a window of opportunity for mutually beneficial US-Iranian cooperation in getting rid of the Taliban and Al Qaeda then in Afghanistan.

The 9/11 attacks inspired a rare display of sympathy for the United States across Iran. Spontaneous candlelight vigils from Tehran to Shiraz accompanied statements from President Mohammad Khatami condemning terrorism and the attacks.3 The goodwill was short lived. As Washington began building up a campaign against the Taliban and Al Qaeda in Afghanistan, Iranian pundits warm against any American military action in the Muslim world. A news site connected to the conservative Islamic Propagation Organization warned: “Any unilateral military action against innocent Afghans may help to boost the image of Uncle Sam at home, but it will surely tarnish the US image on the international arena for its flagrant violation of international law.” While condemning the 9/11 attacks, the reformist Aftab-e Yazd newspaper argued that 9/11 “should not become an excuse to make the world insecure and create warlike events.” Yet, as Iran was condemning American aggression, Khatami’s administration was secretly exploring ways in which Iran could assist the effort against the Sunni fundamentalist Taliban. Iran had been actively supporting Afghanistan’s Northern Alliance for years, and had almost gone to war with the Taliban after the murder of eight Iranian diplomats in Mazar-e Sharif in 1998. Iran had a vested interst in seeing the Taliban overthrown in favor of its allies in the Northern Alliance. 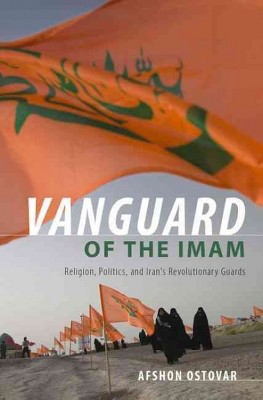 President Bush even sent an ambassador, Ryan Crocker, to talk with the Iranians. Crocker found the Iranians very willing to cooperate with the US in Afghanistan:

Soon after 9/11, the Bush administration dispatched Ryan Crocker—then a senior US State Department official—to engage in secret meetings with Iranian diplomats in Geneva and Paris. The two sides discussed potential US operations to uproot the Taliban Afghanistan. According to Seyed Hossein Mousavian, then the head of the SNSC s Foreign Relations Committee, the Iranian delegation was “pursuing two objectives”:

First, we sought ways to unseat the Taliban and eliminate extremist terrorists, namely al-Qaeda. Both of these groups… were arch enemies of Iran. Second, we wanted to look for ways to test cooperation with the Americans, thus decreasing the level of mistrust and tension between us. During these meetings, neither party pursued the subject of Iran-US relations. Nonetheless, we did the groundwork for significant, mutual cooperation on Afghanistan during these meetings, resulting in Iran’s assistance during the attack on the Taliban.

Iran’s delegation consisted of three ambassadors and one anonymous “member of the security establishment responsible for Afghanistan”—likely a member of the IRGC’s Quds Force. . . . The Iranians eagerly shared intelligence on Taliban positions. In one meeting, the lead Iranian negotiator gave Crocker a map that identified Taliban locations. Crocker recounted the exchange in an interview with the New Yorker’s Dexter Filkins. He recalled the Iranian saying: “Here’s our advice: hit them here first, and then hit them over there. And here’s the logic …” Crocker asked if he could take notes, to which the Iranian diplomat responded: “You can keep the map.” At one point the lead Iranian negotiator told Crocker that Soleimani was “very pleased with our cooperation.” The diplomatic exchanges bore fruit Crocker recalls giving his Iranian counterparts the location of an Al Qaeda operative living in the eastern Iranian city of Mashhad. The Iranians detained the operative and later turned him over to Afghanistan’s post-Taliban government. The IRGC’s help might have also extended to the battlefield. Mousavian writes that through the Quds Force’s close ties with the Northern Alliance (America’s Afghan allies against the Taliban), the IRGC had been “actively involved in organizing” the victory over the Taliban in Herat (western Afghanistan), and Soleimani himself had been “key in organizing” the Northern Alliance’s advance into Kabul.

But then, alas, there was that “axis of evil” speech.

President Bush’s axis of evil speech in January 2002 ended any budding trust. Crocker, who was stationed at the US embassy in Kabul, met with an incensed Iranian diplomat the next day. “You completely damaged me,” the diplomat told him. “Soleimani is in a tearing rage. He feels compromised.” Crocker was further told that Soleimani had begun considering a “re-think” of Iran’s relationship with the United States. Mousavian recalls Soleimani telling him that “he had suspected that the US request for our help might have been a tactical move and not intended to lead to long-term cooperation.” Washington’s apparent insincerity left Iranian diplomats and President Khatami feeling “betrayed.”

Recall those scary neo-cons from hell. In those days they looked like a gang that had shot out of left field.

As was the case in the 1990s, there was substantial support within the CIA and the State Department for taking Khatami at his word and attempting to normalize relations with Tehran. The neoconservatives inside and outside of the administration, however, vehemently opposed that idea; they favored getting tough with Iran, and they carried the day with Bush and Cheney. In his State of the Union address in late January 2002, the president rewarded Iran for its cooperation in Afghanistan by including it in the infamous ‘axis of evil.” Moreover, Bush made it clear in the following months that although he was preoccupied with regime change in Iraq, he would eventually turn to Iran and try to topple that government as well.

But notice how that “betrayal” of Iran weakened the pro-democratic forces and strengthened the clerical dicatatorship. The nazi-style thugs came out to do their dirty work on behalf of the “supreme leader”… END_OF_DOCUMENT_TOKEN_TO_BE_REPLACED