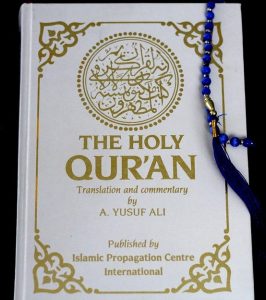 But, some of us ask, how do we know what is the correct interpretation? Are the Jewish extremists who believe that the Palestinian Arabs should be murdered and who act on that belief when the chance arises following the “true” interpretation of the Bible? Do they represent “true Judaism”? Are all other followers of Judaism liars or deceiving themselves?

Okay, I have read the commentaries and the scholarly works on the Bible and I can confidently say that those extremists have it right. The biblical command really did mean that the Jews were required to slaughter any non-Jew remaining in the land. Therefore…..?

If you follow that line of reasoning and accuse all Jews except for the handful of murderous extremists of lying to themselves about their religion, then I suggest you have no idea what religion is. You have set yourself up as god or simply chosen to side with the narrative of the killers.

If we follow that line of reasoning we fail to understand that religious beliefs are what the believers themselves say they are and what they themselves do. I cannot read the “Old Testament” and then declare that as a result of my reading I know what Jews believe and what Judaism is. Nor can I read the “New Testament” and as a consequence claim to know what “Christians” believe. If I want to know what Catholics believe, or what are the beliefs of the Baptists or Seventh Day Adventists or the Dave Koresh Waco cult, simply reading the Bible will not be particularly helpful.

Yet somehow when it comes to the religion of Islam it seems that a surprising number of us believe we can simply read the Quran, see passages that “admit of no other interpretation”, and declare we know exactly what Muslims believe. And if they deny it then they are lying to themselves or to us, we say — forgetting that the Jewish god instructed Moses to lie to Pharaoh and the Christian apostle Paul boasted of putting on whatever front he thought would win followers.

So many of us seem to insist that there is no other way to interpret the Quran and that it follows that Islam is by its very nature and sacred book a violent religion. If the overwhelming majority of Muslims they personally know disagree, so much for those “deluded” or “lying” Muslims.

Dying for Their Beliefs

The Islamist extremists who have murdered thousands of Muslims do not think their apostate victims were “lying” to themselves or anyone else about their Islamic beliefs. That’s why the killed them.

The Real Comparisons with Mein Kampf

Several times I have come across white Westerners without any serious background in Islamic studies setting themselves as the “true interpreters” of the Quran. On what authority? They have read the Quran! And maybe a few other works and websites that support their eagerness to find some congenital evil in the heart of “the other”. Several times I have found these self-appointed experts drawing analogies with Hitler’s Mein Kampf.

Yes, there is an analogy there — but it is not between Mein Kampf and the Quran. Hitler was drawing upon existing ideas bound up with nationalism and socialism and reinterpreting them into something toxic. We find Islamist extremists today or a generation ago have done exactly the same thing. Here are some of their works that can be compared with Mein Kampf:

There are your blueprints to violence that stand beside Mein Kampf. They are the titles that set out what is “wrong” with todays world, and yes, they include attacks on the majority of Muslims who want to get along peacefully with their neighbours.

Religions do not exist as some objective, unchanging reality “out there”. Religions are a social construct that go through changes like any other social construct.  They are what their followers make them to be. Their sacred books teach what their believers believe them to teach. That has always been the nature of religions.

Most Christians and Jews accept that their Bible contains cruel instructions but at the same time they believe that God wants them to follow the other passages in the Bible, those stressing love and good will.

Yet for some reason too many of cannot bring themselves to believe that the other “people of the book” could possibly be the same as us.

Jewish and Christian history has not been pretty, and today there are factions of Muslims who are taking their turn at showing their most ugly side; and it is those Muslims who really are a lot more “like us” than many of us care to see who are suffering the most at the hands of those extremists.

(This post is directed at those who see Islam as inherently violent by nature, as if a religion can possibly have a nature independently of the people who profess it. I am not interested at this point in any wider discussion of Islam or any religion.)

6 thoughts on “There is ALWAYS another interpretation: even of the Quran”