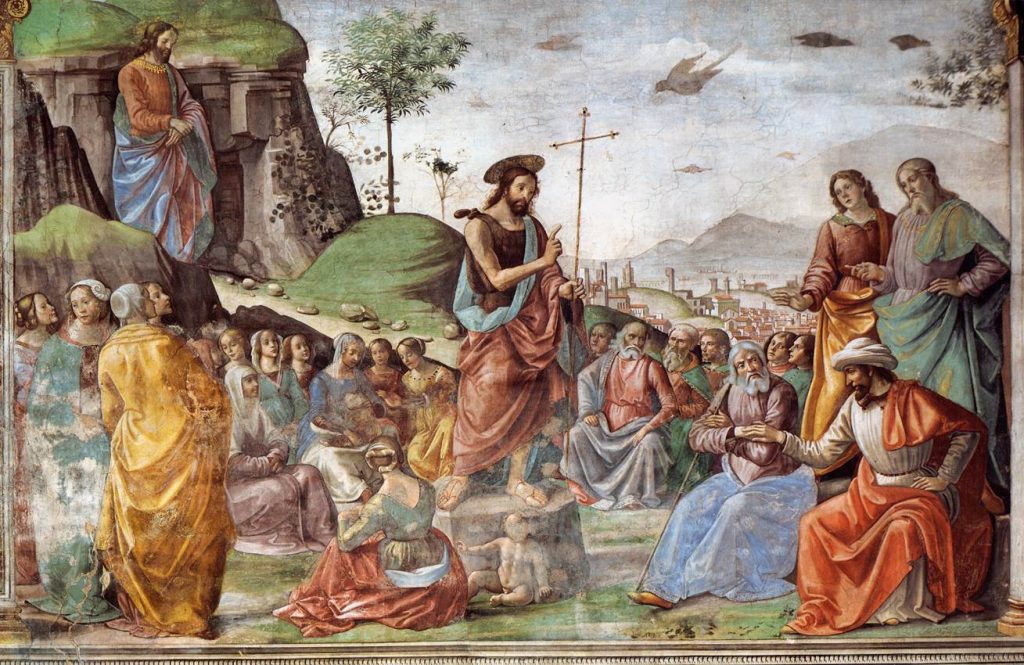 The following is adapted from a 1975 article by Morton S. Enslin, John and Jesus. Enslin argues that the evidence in the gospels does not support the common view that Jesus began his career as a disciple of John the Baptist. In fact Enslin argues that when we examine the gospel narratives in sequence it is far more probable that the paths of John and Jesus never crossed.

Enslin, relying upon the account of John in Josephus, believes John was a preacher who stood completely apart from Christian origins. This presumed historical John was considered to be a powerful threat to the authorities who had him executed.

From this starting point Enslin sees the evangelists writing alongside an independent John the Baptist movement and each one (at least after Mark) in succession contrives in his own way to make this John more “Christian”.

John suddenly appears without explanation. He is preaching a baptism of repentance for the forgiveness of sins.

John did baptize . . . and preach the baptism of repentance for the remission of sins. (Mark 1:4)

Jesus appears and is baptized.

There is no hint that John recognizes Jesus as the greater one who is to come after him.

After emerging from the water God announces to Jesus (no one else apparently hears) that he is his son: