That question is too often asked rhetorically. The answer that is implied is that there is a “clash of civilizations” and that Islam has been plaguing the West with terrorism ever since its birth in the seventh century. The question usually hides an anti-Islamic bigotry born of ignorance of both Islam itself (and that includes the very nature of religion) and history.

I have answered the question “why terrorists are generally Islamic” in The Origins of Islamic Militancy — for those seriously interested enough to truly understand.

Of course the fact is that throughout the 60s, 70s and 80s the only terrorists most of us ever heard about were fighting for national liberation and Islam per se rarely if ever entered the picture. Islamic terrorism is unquestionably a new phenomenon that has burst on the scene quite recently in historical terms.

I have added to my original post, The Origins of Islamic Militancy, since its first posting. I have added a section on global jihad and the author of this concept, Abdullah Azzam. I have one more section to add to this post and that will be Osama bin Laden’s contribution and what it was, historically, that led to his particular slant on what jihad should be all about. I will notify interested readers when I complete that section. 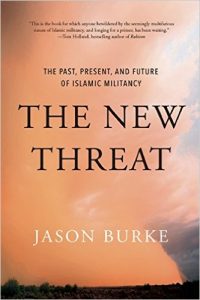 Based on my reading of the first chapter of The New Threat: The Past, Present, and Future of Islamic Militancy by Jason Burke. . . .

The turning point was in October, 1981, argues Jason Burke. Prior to the 1980s the most well-known terrorists were Leila Khaled and Carlos the Jackal. Religious agendas were very rarely found in the mix of ethnic, nationalist, separatist and secular revolutionary agendas.

The terrorist act that changed all this was the assassination of President Anwar Sadat of Egypt in Cairo in October 1981. Sadat’s killers were very different from most of the terrorists of the decade before. (p. 24)

An ideological movement had taken root in the broader Muslim world — “a generalised rediscovery of religious observance and identity, coupled with a distrust of Western powers and culture.”

History is necessary to enable us to understand. Burke points to the century between 1830 and 1930. These years saw the Russians, the Han Chinese and especially the Europeans invade and subjugate the Muslim regions from Morocco to Java, from the central Asian steppes to sub-Saharan Africa.

Almost all the invasions provoked a violent reaction among many local people. Resistance took many forms but, naturally enough in a deeply devout age, religion played a central role. Islam provided a rallying point for local communities more used to internecine struggle than campaigns against external enemies. (p. 25)

a profound belief that they were acting in defence not only of their livelihoods, traditions and homes but of their faith.

The superior technology of the foreign powers guaranteed the defeat of the rebels but these defeats were interpreted by the devout as evidence that they had neglected to please God and lost his favour.

Though by the twentieth century most movements had withered away a few remained active: British India’s North-West Frontier, Italian Libya, Palestine. The Afghans were not ruled by foreigners but in the 1920s they did throw out their king who had attempted to introduce foreign ways into his country.

Others chose withdrawal to open revolt, and to isolate themselves from the corrupting influences of alien cultures: e.g. the Deobandi school of India.

Some, however, fully embraced Western ideas in a spirit of rivalry. They sought to out-do their invaders: e.g. the University of Aligarh. 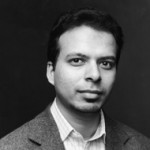 Ed Husain (author of The Islamist and previously posted about here) recalled as a boy growing up in a mainstream Muslim household when and the context in which he first heard the name Maududi:

“I liked Grandpa. Most of all, I used to delight in watching him slowly tie his turban, wrapping his head with a long piece of cloth, as befitted a humble Muslim, though he also seemed like a Mogul monarch. (Muslim scholars and kings both wore the turban in veneration of the Prophet Mohammed.) Whenever Grandpa visited Britain to teach Muslims about spirituality, my father accompanied him to as many places as he was able. My father believed that spiritual seekers did not gain knowledge from books alone, but learnt from what he called suhbah, or companionship. True mastery of spirituality required being at the service, or at least in the presence, of a noble guide. Grandpa was one such guide. . . .

“He often read aloud in Urdu, and explained his points in intricate Bengali, engaging the minds of others while I looked on bewildered. As they compared notes on abstract subjects in impenetrable languages, I buried myself in Inspector Morse or a Judy Blume. I heard names such as ‘Mawdudi’ being severely criticized, an organization named Jamat-e-Islami being refuted and invalidated on theological grounds. All of it was beyond me.” (The Islamist, p. 10, my bolding)

What interests us, however, are those who took the middle road. The first was the work of Abd Ala’a Maududi [Abul Ala Maududi/Maudoodi/Mawdudi]:

In India, a political organisation called Jamaat Islami was founded in 1926. It sought religious and cultural renewal through non-violent social activism to mobilise the subcontinent’s Muslims to gain power. This approach involved embracing Western technology and selectively borrowing from Western political ideologies, while rejecting anything seen as inappropriate or immoral. (p. 26)

Like the South Asian Jamaat Islami, it combined a conservative, religious social vision with a contemporary political one. For its followers, the state was to be appropriated, not dismantled, in order to create a perfect Islamic society. This approach was later dubbed Islamism.

There were others across the Muslim world who rejected the compromise and non-violence of Jamaat Islami and the Muslim Brotherhood as the means to achieving their common goals.

By the early 1960s European powers had for most part withdrawn from the Muslim world leaving behind new regimes that had adopted Western ways and ideas: witness the new states founded in varying degrees of secularism and socialism. And of course there was Israel:

The establishment of the state of Israel, now recognized by the international community after a bloody war and the flight of hundreds of thousands of Palestinians from lands they had worked or owned for generations, acted as a new focus for diverse grievances among Arab and Muslim communities. Anti-Semitism had long existed in the Islamic world but, fused with anti-Zionism, gained a new and poisonous intensity. Defeat in the Arab-Israeli war of 1967 deepened a sense of hurt, loss and humiliation. (p. 27)

Something more important was happening within the newly independent nations themselves: “immense demographic change”.

Egypt’s President Sadat represented to many the worst of these changes. Sadat was opening up Egypt to the new capitalism and foreign investment that accelerated the extremes of the rich-poor divide. Middle incomes declined dramatically.

Worse still, a growing economic gap between rich and poor was accompanied by a growing cultural gap. During the riots in Cairo in 1977, favourite targets for arson and vandalism were nightclubs — of which more than three hundred opened during the decade — and luxury US made cars — of which imports had gone up fourteen times. Both were symbols of the lifestyle of an elite that was enjoying greater connection with the rest of the world, and particularly the West, but which was increasingly detached from the majority of Egyptian population. By the end of the decade, more than 30 percent of prime-time television programming was from the US, with episodes of Dallas repeated ad infinitum. Inequality was combined with a sense of cultural invasion. It was an explosive mix. (p. 28 – my bolding in all quotations)

Amidst those swayed by Western influence nationalist and socialist commitments were those who turned to their religion in various ways, some withdrawing into mysticism, for example, others looking for wider change. Islamism was spreading through the universities and professional bodies.

Islamism promised to re-establish confidence and pride and to provide a solution to the many pressing challenges now faced by tens of millions of people. (p. 28)

Jason Burke identifies this moment for the birth of the militant Islam so prominent today: END_OF_DOCUMENT_TOKEN_TO_BE_REPLACED