A handy collation of Richard Carrier’s responses to James’ McGrath’s less-than-professional attacks on Carrier’s work is found in the Introduction to Raphael Lataster’s book, Jesus Did Not Exist: A Debate Among Atheists:

What academic disease does this signify?

[6] His false claims about the content of my book are documented in Richard Carrier, “In Which James McGrath Reveals That He Is a Fundamentalist Who Has Never Read Any Contemporary Scholarship in His Field” (11 September 2015). He did the same thing in his faulty review of Proving History. See: Richard Carrier, “McGrath on Proving History” (10 September 2012). McGrath has done this so routinely now that I have had to conclude he is deliberately lying. For he cannot possibly be that incompetent.

McGrath has only published responses to historicity on his personal blog (Exploring Our Matrix), and in an online trade publication (Bible & Interpretation) that is also not peer reviewed. In these open venues he has made such embarrassingly false claims about the ancient world in defense of the historicity of Jesus as to deeply call into question the competence of his opinion in the matter.[5] And he all too often makes wildly false claims about the arguments in my book, rather than addressing what it actually says.[6]

McGrath evinced this behavior even before reading my book. For example, he argued confidently that no Christians would erect inscriptions promoting their gospel because only government officials erected inscriptions. That this is wildly not true is bad enough, and that he wouldn’t know it’s untrue is worse, but that he was so arrogant in his ignorance that he never even thought to check and make sure before resting his argument on it, is worst of all. And indicative of the problem. Historians who would defend the historicity of Jesus aren’t doing their jobs as historians. And all too often, they literally don’t know what they are talking about. This is commonly observed in the frequency with which historicists claim the evidence for Jesus is as good as we have for Socrates, Alexander the Great, Spartacus, and Julius and Tiberius Caesar. That they would be so ignorant as to think that was true is shocking.[7] But more shocking is that they didn’t even check before asserting it. What academic disease does this signify?

The example of inscriptions illustrates the other problem as well. McGrath falsely implied that I endorse the lack of early inscriptions as an argument for the non-existence of Jesus. In fact I have publicly rejected that argument and explained why it doesn’t work (there are many reasons Christians would fail to erect such inscriptions even if Jesus did exist; just not the reason McGrath gave). McGrath routinely makes false claims like this about what I or my book argue. Many far more galling than this. Such as claiming my book relies on conspiracy theories, when in fact my book repeatedly denounces them. Or claiming I don’t adduce any allegorical meanings to explain Gospel pericopes but just assert they must have them, and using that as an argument against the merits of my book, when in fact I devote almost an entire chapter of the book to doing that, in fact not just adducing such meanings, but in many cases arguing for them, and citing peer reviewed scholarship that does the same – none of which facts McGrath informs his readers of. Or claiming I didn’t make an argument for a conclusion but just asserted it in the book (such as that a given miracle story is not likely to be true, or that a given word can too easily have come from a targum to be certain it came from a source about Jesus), when in fact, in every case, the book contains an extensive argument for that conclusion. An argument he fails to tell his readers about (and thus certainly offers no rebuttal to).

It should be a fundamental requirement of competent and honest scholarship to correctly represent the arguments of anyone you disagree with, and rebut their actual arguments, not arguments they never made, or conveniently distorted variants of arguments they did make, or to falsely claim they didn’t make any arguments to rebut. It is a disgrace for a scholar to use falsehood like this. Worse even to do so as arguments against a book they are reviewing. Yet these aren’t the only instances. McGrath does this a lot. Why? If historicity is so evidenced as to be certain, why do arguments against it have to be misrepresented to rebut them? Is it because the actual arguments can’t be rebutted? So fake arguments have to be contrived to knock down instead? That does not make it sound like historicity is so certain to me. 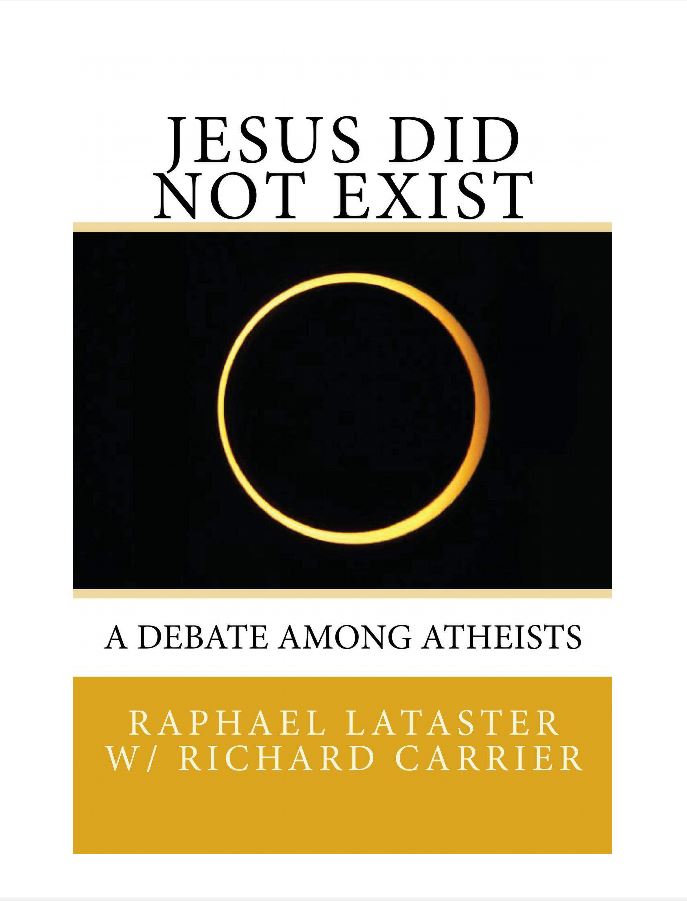