A bibliography of a few Vridar posts taking an in-depth look at the Suffering Servant figure in Isaiah and how it was understood before Christianity. . . .

The Influence of Isaiah’s Suffering Servant Before Christianity

Isaiah 53 and the Suffering Servant is a major text for Christianity (in the New Testament it is used to interpret Christ’s death) but what did it mean to adherents of Judaism before Christianity?

Did any Jewish interpretations anticipate the meaning it held for later Christians?

Is it possible that Christianity itself evolved in part from earlier sectarian understandings of Isaiah 53?

This post looks at some work by Martin Hengel and demonstrates the way other pre-Christian texts — Sirach and Zechariah  — interpreted Isaiah’s Suffering Servant figure.

The previous post showed the apparent influence of the Suffering Servant of Isaiah 53 upon the books of Zechariah and Ben Sirach/Sira. This post pauses to look at some background before resuming with the way the Book of Daniel adapted Isaiah’s Suffering Servant idea in the light of contemporary events — around 165/164 BCE.

A chapter by Martin Hengel is the basis for the posts.

It appears that at the end of this post I anticipated writing one more to conclude the series. I must complete that as soon. 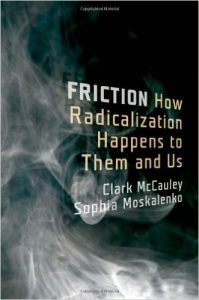 END_OF_DOCUMENT_TOKEN_TO_BE_REPLACED

Bart Ehrman continues to address the conventional explanation for why Jews rejected Jesus as the Messiah in Another Problem with Calling Jesus the Messiah.

That explanation tells us that the Jewish idea of a Messiah or Christ was that he was to be a conquering Davidic King who would overthrow Israel’s enemies and usher in a utopian reign with the Jews as the top nation.

Yet if that were the reason Jesus was not accepted as the Messiah then some interesting questions surface.

Ehrman has pointed to one of these questions without realizing it. He has pointed out that the term “messiah” is nowhere mentioned in connection with the Suffering Servant in the Book of Isaiah as if that should be a decisive point. But nor do we find the word for “messiah” in any of the standard biblical passages that are said to speak of the conquering Davidic messiah. Notice (the list it taken from Matthew Novenson’s study of the term “Christ”):

The scepter shall not depart from Judah, nor the commander’s staff from between his feet, until that which is his comes; and the obedience of the peoples is his.

A star will go forth from Jacob; and a scepter will rise from Israel; it will shatter the borders of Moab and tear down all the sons of Sheth.

A shoot will come forth from the stump of Jesse, and a branch will grow from his roots. The spirit of YHWH will rest upon him.