We have read Richard Carrier’s response to James McGrath’s latest post in Bible and Interpretation on Carrier’s On the Historicity of Jesus. Some commentary has focussed on Carrier’s tone and lost sight of McGrath’s own commentary — a serious oversight.

McGrath heads his response Richard Carrier’s Dishonesty. That title is not a joke.

Carrier’s title was deliberately ironic: In Which James McGrath Reveals That He Is a Fundamentalist Who Has Never Read Any Contemporary Scholarship in His Field. We know it is ironic because his first words following that title are:

The title of this article is a joke. Sort of. But maybe not as much as you think. As I’ll show. Because James McGrath has added another entry to his bizarrely uninformed critique of On the Historicity of Jesus, and this time is the most dishonest of the bunch. For to get the result he wants, he has to essentially become a Christian fundamentalist, denying there is any mythmaking in the Gospels at all, and reject all non-fundamentalist scholarship of the last fifteen years.

McGrath then accuses Carrier of claiming he (McGrath) has claimed that the Gospels have no symbolic stories in them.

It is ironic that Richard Carrier’s blog post which accuses me of lying about his work blatantly misrepresents what I wrote. No one who has read things I’ve written – or listened to things I’ve said – would ever believe that I claimed that the Gospels have no symbolic stories in them, when I have so often said the opposite. The infancy stories (which I’ve discussed before) in the Gospels are just that – and are much like the infancy stories told about other historical figures besides Jesus.

Carrier’s complaint rests entirely on the readers’ understanding that McGrath knows better. That Carrier is being ironic and directing readers to McGrath’s disingenuousness or word-games is evident in the following:

McGrath appears to be saying this is my own contrivance, that none of that went on. Once again, that’s the position of a Christian fundamentalist.

I’m guessing that the criticisms I’ve offered in my recent articles must be too damaging to mythicism for Carrier to respond to them in a manner that is professional, scholarly, and fair, so that instead he is resorting to deception and expletives. But goodness me, if you can’t deal with criticism in a rational and mature manner, you really shouldn’t try to produce something that even pretends to be scholarship, never mind the actual thing.

“I’m guessing”. Interesting. So McGrath has no apparent wish to respond to the clear reasons Carrier set out for his response. Don’t bother reading Carrier’s content. Focus on the one expletive in the last sentence and entitle yourself to substituting McGrath’s “guessing” for the content of Carrier’s post.

And misrepresent McGrath’s grossly unprofessional encounter with Carrier’s work (it would be misrepresentation to call it a “review”) as honest “criticism”.

Carrier exposes the unprofessional, the unscholarly, the unfair and the deceptive nature of McGrath’s criticism. McGrath ignores the detailed evidence Carrier cites to support each accusation and resorts to a supercilious tu quoque.

McGrath’s review is itself only a “pretence at scholarship” since it failed to provide the most fundamental requirement of any scholarly review: an explanation of the author’s overall argument and methods. (It is also important that we don’t lose sight of the “establishment’s” role in this. Bible and Interpretation claims to be a peer-review page so serious questions must be pointed at them, too. BI knows Carrier’s book was peer-reviewed so that knowledge alone should have alerted them to something amiss with McGrath’s posts — even apart from the several contradictions and fallacies in them.)

Cherry picking was the most common characteristic they shared. We found that many contrarian research papers omitted important contextual information or ignored key data that did not fit the research conclusions. (Here’s what happens when you try to replicate climate contrarian papers by Dana Nuccitelli) 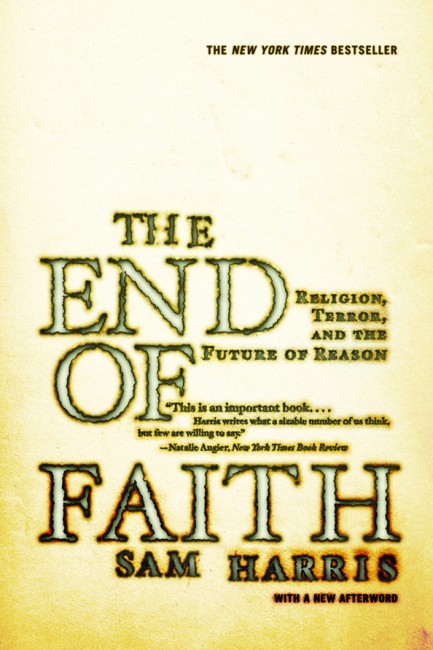 (One final thing: I’ve been reading atheists like Dawkins, and older, more philosophical ones like Bertrand Russell and AJ Ayer, since the early 1990s. I’ve also read a lot of Dan Dennett and Christopher Hitchens, and welcomed the rise of the New Atheists in the mid-2000s. However, over time I had to come to accept that on some really important issues, Dawkins, Harris, and Hitchens simply had no real grasp of the relevant sciences of human behaviour to engage with them in any serious way. It’s been a major disappointment for me – I had hoped that these would be the voices of rational and empirical enquiry into things like religious extremism, but they’ve become like populist columnists, rather than scientifically informed intellectuals. It’s a painful truth to come to recognise that you’ve invested a lot of time and emotional energy in their ideas – I used to be like a one-man PR firm for hard-core atheism until I realised that, when it came to explaining human behaviour (rather than just criticising the emptiness of theology), these guys had nothing to offer, and what they did say was just so wrong that I felt embarrassed to have thought so highly of them in the first place. It took me a good 5 years to shake off this feeling, so maybe you’ll have had a change of mind by 2020.)

I copy here the commentary that led to that conclusion.  END_OF_DOCUMENT_TOKEN_TO_BE_REPLACED