How do the roots of the Gospels compare to those of classical works? Is the historical evidence for Jesus Christ as good as that of Julius Caesar?

People often raise such historical questions critically, claiming the evidence for Caesar’s life is better attested than for Jesus’s. But is this really so? ~ Darrell L. Bock 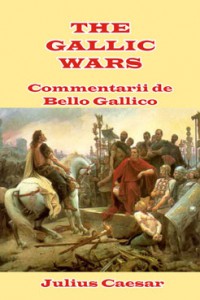 Professor Darrell Bock‘s article (Sources for Caesar and Jesus Compared) belongs on The Gospel Coalition  website and contributes nothing of scholarly value to anyone with a serious historical interest in Christian origins.

Bock opens with a typical evangelistic smokescreen of appropriating the language of an ancient historian (“Tracing ancient history is about examining sources and the manuscripts behind them . . .”) but before he finishes he will twice make it clear that his real agenda is preaching or protecting the message of the gospel of Jesus Christ.

Can anyone stop themselves from raising an eyebrow when they read the following:

In some ways, Caesar’s autobiographical account gives us more to consider than the accounts of Jesus do. It provides direct testimony about events Caesar participated in.

“In some ways” — “in some ways” the autobiographical work of Julius Caesar gives us more historical data to consider than our late third hand theological accounts about Jesus give us about the founding figure of Christianity. “In some ways”, but otherwise it’s going to be a fairly even balance in the availability of historical data about each figure!

In addition to Caesar’s own writings Bock lists other surviving records from contemporaries of Caesar, the writings of Sallust and Cicero.

Sallust and Cicero were Caesar’s contemporaries as well, so there are reliable outside sources closely tied to the time of these events.

Yes indeed. Caesar’s contemporary, Cicero, is the most fruitful source, even moreso than Caesar’s own writings on the Gallic War.

Other historians of value yet overlooked by Bock are Livy (whose sections on Caesar survive as epitomes), Asconius, Paterculus and others who completed Caesar’s own account of the Gallic Wars and certain of his activities in the Civil War. Perhaps he was in too much of a rush to get to the two late historians (a hundred years after Caesar) with useful information about Julius Caesar.

Two of the most important sources for the emperor’s life, however, Suetonius and Plutarch, write in the early second century. That’s more than 100 years after the time of Caesar.

These are the crux of Bock’s argument. If these two works written a century after Caesar are treated as valuable sources then so should we give equal credibility to the Gospel accounts about Jesus:

Yes, well. Seminarians would be wiser not to advertise their (il)logic for all to see like this.

But let’s enter into Bock’s game for a moment. Why do historians “believe” Plutarch? Here’s part of the reason, and a fairly major part, explained by the historian Richard Billows in his book Julius Caesar: Colossus of Rome: END_OF_DOCUMENT_TOKEN_TO_BE_REPLACED